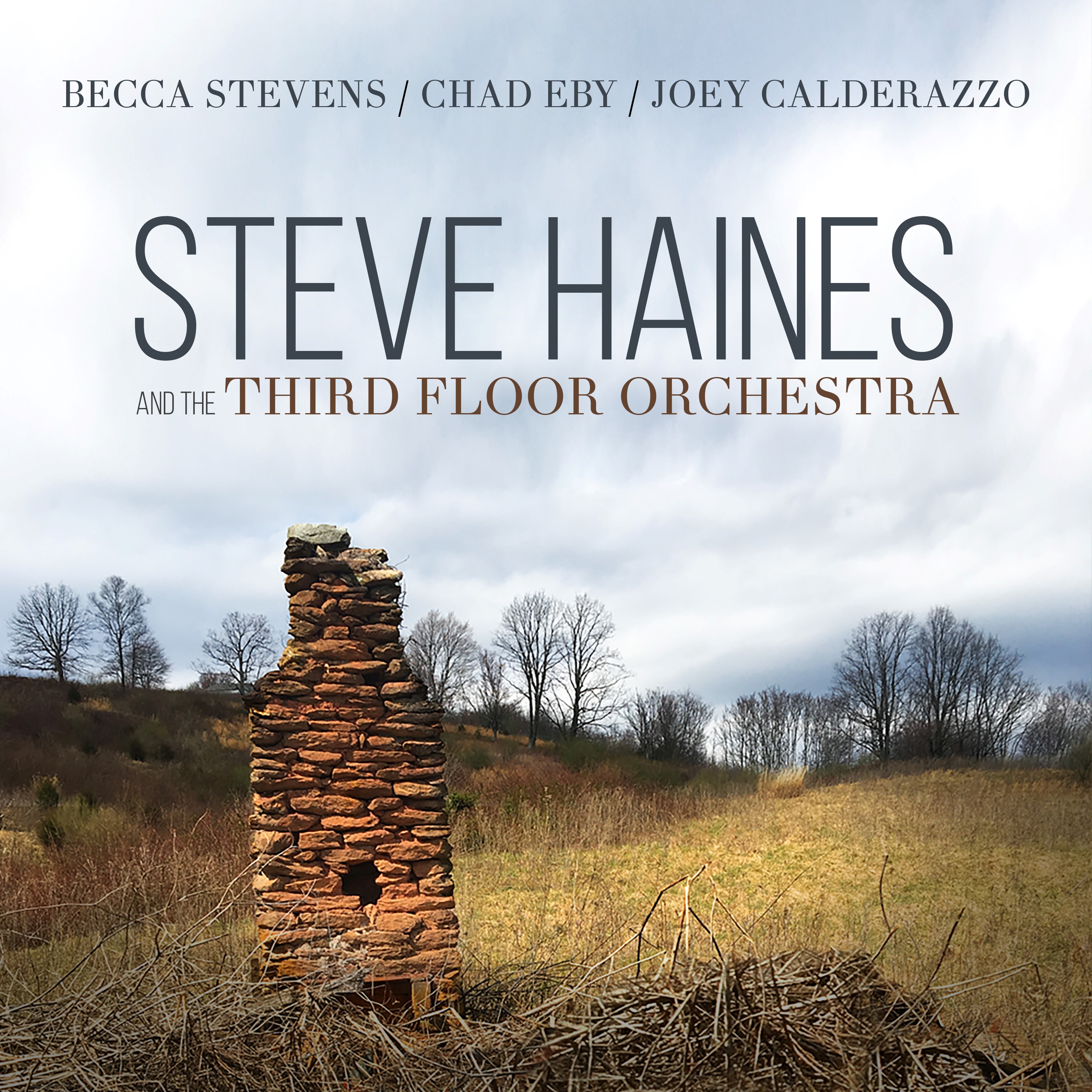 this album of stunning original compositions and reimagined popular songs transcends genres, and has something to offer for a very wide array of listeners.

On Steve Haines and the Third Floor Orchestra, the artist chose to interpret the work of multiple composers from his homeland of Canada with pieces from Neil Young, Gordon Lightfoot, Leonard Cohen and Kim Mitchell gracing the album.  Listeners will undoubtedly enjoy Haines’ arrangements of popular songs such as “Harvest Moon,” “Hallelujah,” and “Patio Lanterns.”  These arrangements celebrate the original melodic and lyrical structures of the pieces with explorations in harmony and instrumentation which aim to augment the power of these classic songs.

This release offers listeners the rare opportunity to hear vocalist Becca Stevens’ rich voice accompanied by a full orchestra, which harkens back to the early days of jazz, when such accompaniment was commonplace. The world renowned vocalist describes her voice and approach on this album as “wider,” stating that she has to “soar over the area that she had to cover sonically.” Haines has been acquainted with Stevens for over decade; they first met at a gig in New York City, where she gave him a copy of her debut Tea By Sea, which “totally knocked [him] out.” Stevens wrote two songs for this release including the wistful waltz “No More,” and the driving, bright-tempoed “Canyon Dust.”

The inspiration for Steve Haines and the Third Floor Orchestra came after Haines had finished writing a string quartet arrangement for Stevens.  Writing for the album began in the summer of 2016, and the album’s recording process was completed in February 2018.  Haines’ foray into orchestral writing also paired with his passion for writing lyrics, a recent discovery for the artist.  “In my midlife, I discovered lyrics, and there a couple of songs on here of mine.” Haines exclaimed, “I am late to writing and even paying attention to lyrics but i’m very glad for them at this stage of my life.”

In “What I’ve Seen,” Haines writes about the devastating effects of Post Traumatic Stress Disorder in returning veterans.  Moved by the loss of many young men and women in the military to suicide, Haines penned the lyrics to this piece. He states ““What I’ve Seen” started out as a story about a mother speaking to her lost husband, and his response from the grave.”  Stevens delivers Haines’ forlorn lyrics, and tells the heartbreaking story with sincerity and grace. The piece ends with a short, powerful improvisational segment from Eby, his soprano saxophone wailing over the tender string harmonies, reminiscent of a wife’s cries of longing over a lost love.

“You,” another composition with lyrics by Haines, tells a largely autobiographical tale of a deepening serendipitous love in the life of the author.  The composer states that the piece started with the solo guitar refrain that is heard at the beginning of the song, and unfolded into the sublime lyrically-driven track that can be heard on the album.  Haines explains “The concept is that the “You” that one loves can be more than one person: it could be a spouse, a son or daughter, a mother or a best friend, or God.” The ethereal verses of this song with vocals accompanied by classical guitar leave room for the piece to grow dynamically into the wonderful, amorous clave-driven choruses that truly bring this song to life.  This track features a fantastic solo by stellar pianist Joey Calderazzo.

Steve Haines and the Third Floor Orchestra will be available on March 29th, and an album release show is planned 8:00 pm, April 26th at UNCG Auditorium in Greensboro.