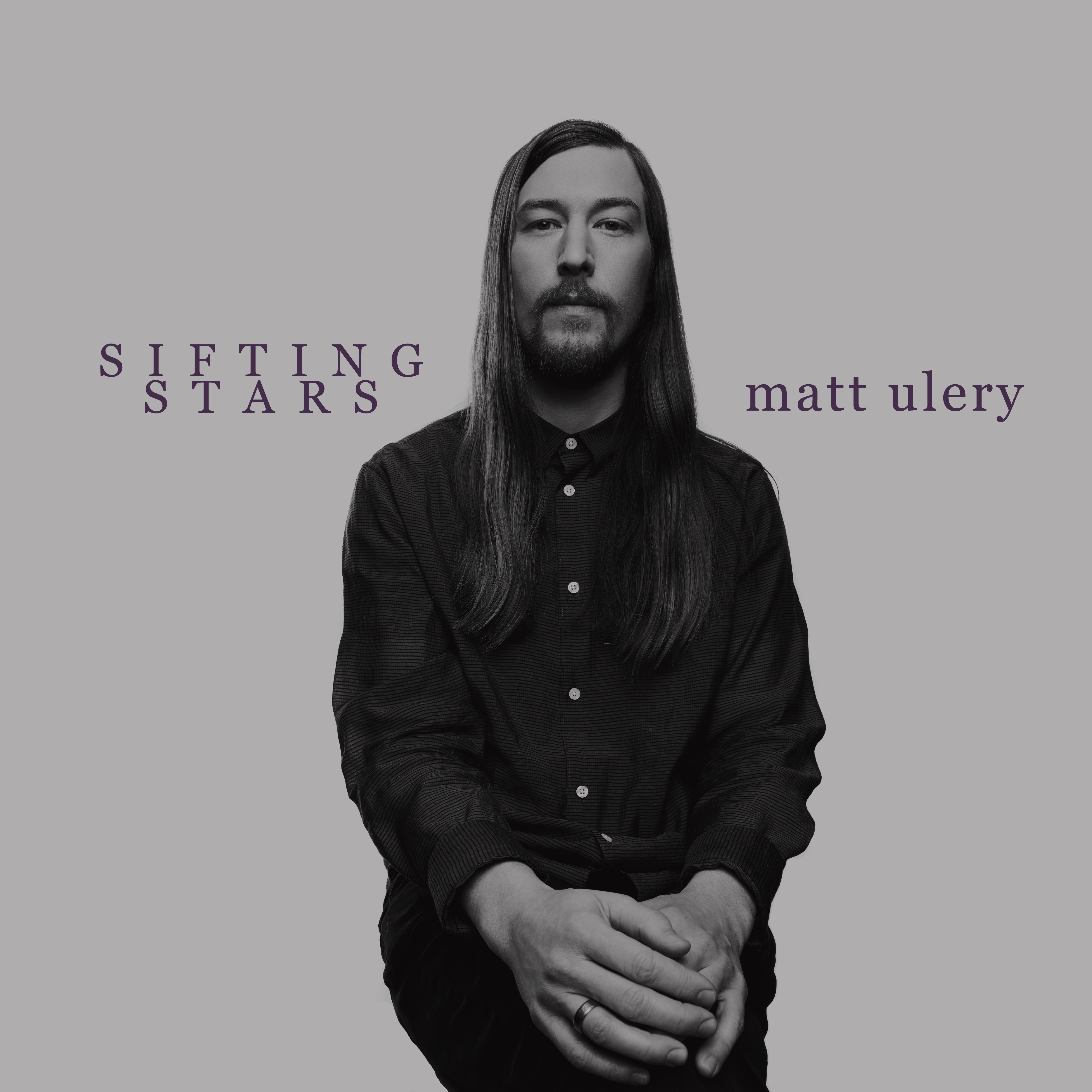 This is Matt Ulery’s eighth album since his debut in 2008. He’s a bassist, composer, band-leader and is very big and very busy in the Chicago jazz scene. He has gained accolades with recent works such as “By a Little Light”, “Wake anEcho” and “In the Ivory” on the Greenleaf Music label and his most recent “Festival” on his own label, Woolgathering Records.

He says of Sifting Stars “I tend to write emotionally. That is to say, when I reach in to the abstract space of musical possibilities, the tiny bit I can capture, I tend to let these transient melodies/rhythms and subsequent harmonies, increasingly familiar somehow, guide me through the most natural dynamic and flow of energy from event to event. These fragile moments, subtle and monumental, occupy long form song structures in Sifting Stars.”

The album is effectively divided into two parts – the first four tracks are epically lush, romantic symphonic art pieces utilising large ensemble symphonic orchestra and the pretty, haunting voices of Grazyna Auguscik and Katie Ernst, while the finale is a multi-movement work performed by Axiom Brass quintet, called ‘Ida’ – inspired by the Art Institute in Chicago-housed Ivan Albright painting, ‘Into the World There Came a Soul Called Ida’.

‘The Remnant of Everything’ initiates proceedings.It has a fanciful, Tim Burtonesque romanticism with many layered instrumental voices which speak in a modern jazz-classical fusion language with an East European folk accent. Following on, ‘Pictures in Grey’ is true to this sentiment. It’s all gorgeous, big and Turnage-wafting – oddly and impressively managing to be both emotionally expressive but also refined and coy at once.

Katie Ernst takes over the vocal for ‘I’m So Shallow’. Her styling, the greater use of brass and the dropping of the strings create a slightly darker mood. Rich with a more overtly modern classical feel. This mood continues with the standout instrumental ‘The Prairie is a Rolling Ocean’ from which a beautiful, hopeful, elegantly improvised piano solo, by long time musical chum, Rob Clearfield, weaves in and out of the orchestration to lighten the dark skies above. Powerful stuff, exquisitely executed and the start of a fragile bridge to part two.

‘Ida’ is a six part piece played by a quintet consisting of two trumpets, a french horn, a trombone and a tuba. Ulery does not get his cuffs dirty on it but his score is fed by imagining what Ida, the woman in the painting, might be thinking and feeling. The process has created a deeply introspective atmosphere with shifting, detailed, complex and often surprising harmonies. I got lost in its depth.

Sifting Stars is challenging, I guess. It’s expressive, lush, sometimes romantic other times grotesque or whimsical. All the time, however, it weeps with emotional intent. Ida, especially, has a perplexing feeling that the melodies are just out of touch, as if they’re always unnervingly floating effortlessly out of my tightening grasp. It’s a magical, fantastical thing and I’m not sure I’ve experienced it before. I want to spend more time with it.