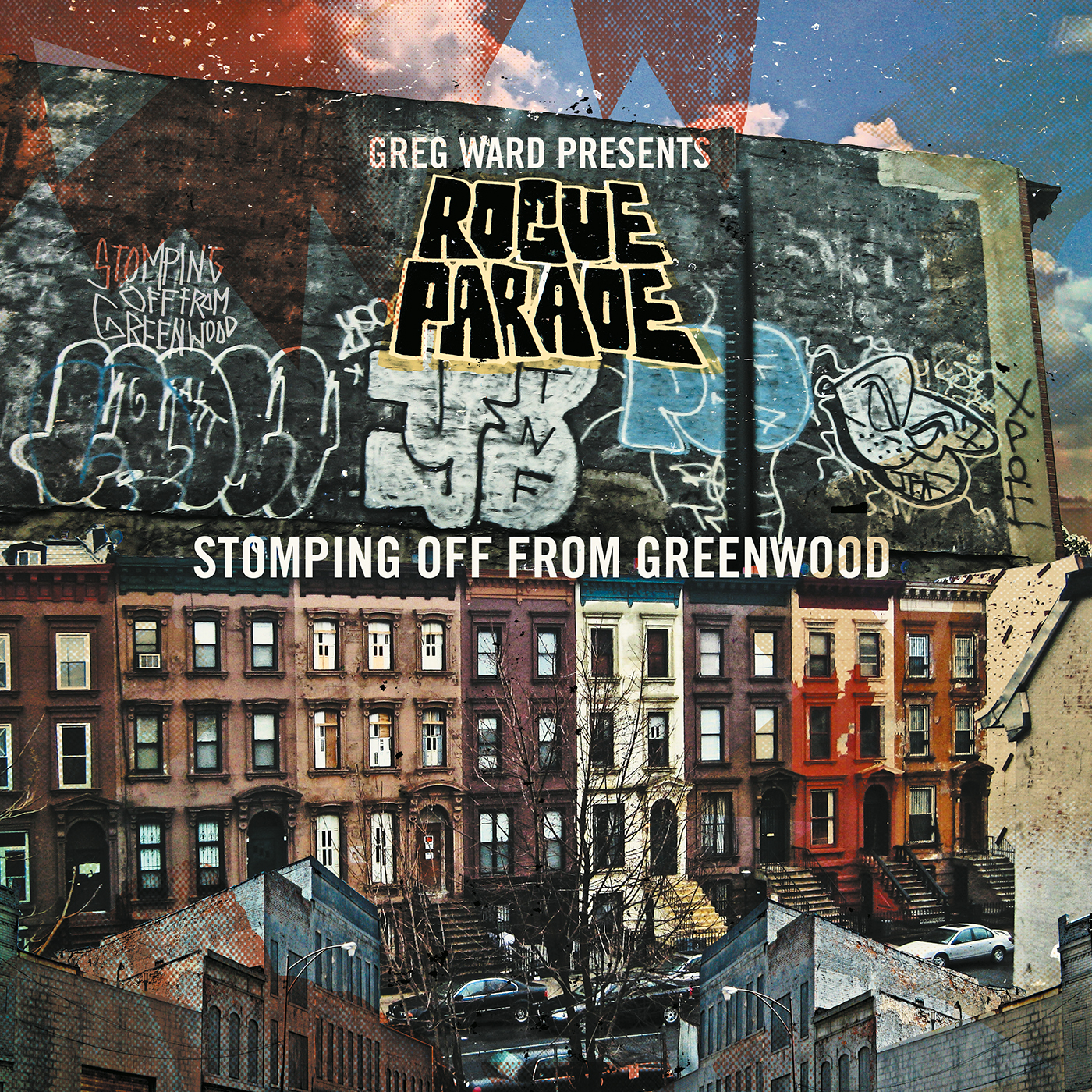 Greenleaf Music is proud to announce the January 11th release of Stomping Off From Greenwood, the fourth album from alto saxophonist and composer Greg Ward. Considered one of the most versatile saxophonists of his generation, the bandleader, composer and arranger is proud to launch his new group Rogue Parade with the release of this new album. A quintet of heavyweight creative Chicago musicians, Rogue Parade features guitarists Matt Gold and Dave Miller, bassist Matt Ulery and drummer Quin Kirchner. Stomping Off From Greenwood follows his critically acclaimed Greenleaf debut Touch My Beloved’s Thought (2016), which focused on the music of Charles Mingus.

Having earned wide acclaim as a sideman with artists like Prefuse 73, Lupe Fiasco, Tortoise, William Parker, Andrew D’Angelo, and Mike Reed, Greg Ward is now excited to introduce his wide-spanning audience to his new, innovative group, Rogue Parade. Following a 2016 performance at The Whistler, as part of Relax Attack Jazz Series, Rogue Parade was approached by the Chicago club to present a month-long residency. The ensemble honed their sound by following this residency with an extensive Midwest tour, before heading into the studio to capture their collective energy on record. This nine-track collection explores Rogue Parade’s unique two guitar instrumentation and ultimately blends the sonic worlds of acoustic and electronic.

In the lead up to the release of Stomping Off From Greenwood, Ward is excited to release three singles from the album: “Metropolis”, “The Contender” and “Excerpt 1”. Due to be released on November 30th, “Metropolis” will simultaneously mark the album’s pre-release. Inspired by the time Ward spent in Chicago and New York, “Metropolis” serves as an ode to the many life-changing experiences the saxophonist has encountered in both of these vibrant cities. During his time in Chicago, Ward worked with the International Contemporary Ensemble, the Chicago Symphony Orchestra’s Chamber Music Series, and was commissioned by the Jazz Institute of Chicago for a new composition, which was performed at the Chicago Jazz Festival in 2009. Upon moving to New York, the Illinois-native also received a commission/residency from the popular NYC Jazz Gallery. These two metropolitan cities have continued to inform Ward’s creativity. The NIU-graduate enthuses, “on this recording, I hope you can feel the energy that I experience on a daily basis living in a place where so many different lives and perspectives are intertwined.” This track features a duet by guitarists Dave Miller and Matt Gold and leads to a trio with Ward on alto saxophone.

The second single, due to be released on December 14th is titled “The Contender”. Although Ward has always made time in his routine for exercise, it was only recently that he delved into boxing. Featuring a solo from both Ward and Matt Gold, “The Contender” translates some of the saxophonist’s boxing combinations into music.

The third single from the album, “Excerpt 1” is due to be released on December 28th and  represents an important ritual included in the composer’s daily routine. Ward understands the importance of developing his current compositional talents and so, makes a conscious effort to compose something, however short or long, almost every day. “Usually, I’m just working on thematic development of some sort with hopes of coming out with even a small fragment that’s worth turning into a new piece.  Sometimes, a short thought presents itself. “Excerpt 1” is one of these”, Ward explains.

With the support of receiving an Individual Artist Grant from the Department of  Cultural Affairs and Special Events in Chicago, Greg Ward is excited to present Rogue Parade on Stomping Off From Greenwood, the ensemble’s debut studio recording. The group will celebrate this music at The Green Mill, Chicago on January 11th & 12th.