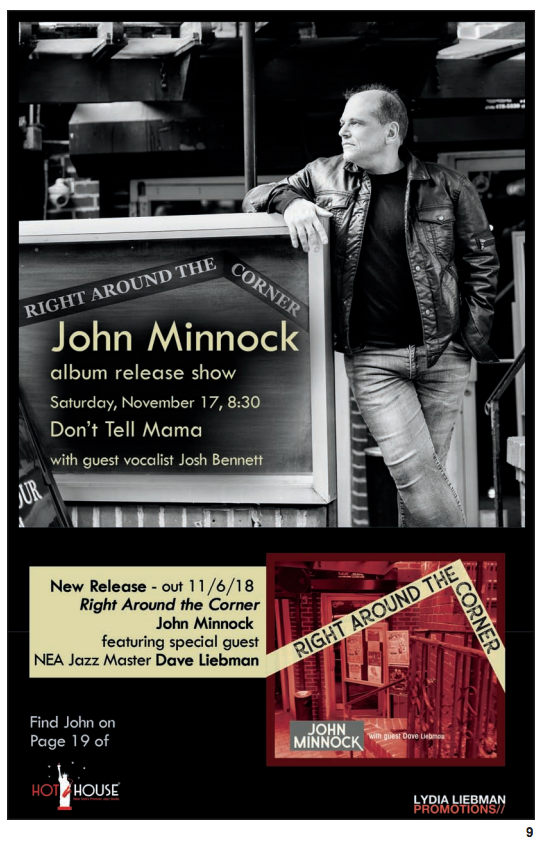 A charismatic vocalist who manages to evoke the seemingly disparate sounds of figures like Lou Rawls and Billy Eckstine, John Minnock has emerged as a fan favorite at several of New York’s vocal venues. Onstage and on record, John opts for a wide range of repertoire: Ellington might sit alongside Grace Jones, Billy Joel or Sam Smith in one of John’s performances. Indeed, at his best John makes a compelling case for celebrating all generations of the American Songbook. At Don’t Tell Mama, John unveils selections from his latest album, Right Around the Corner. Mixing some of his favorite covers with new original works, John paints a very personal picture in the music, exploring LGBTQ subject matter and telling stories of his life in the city.