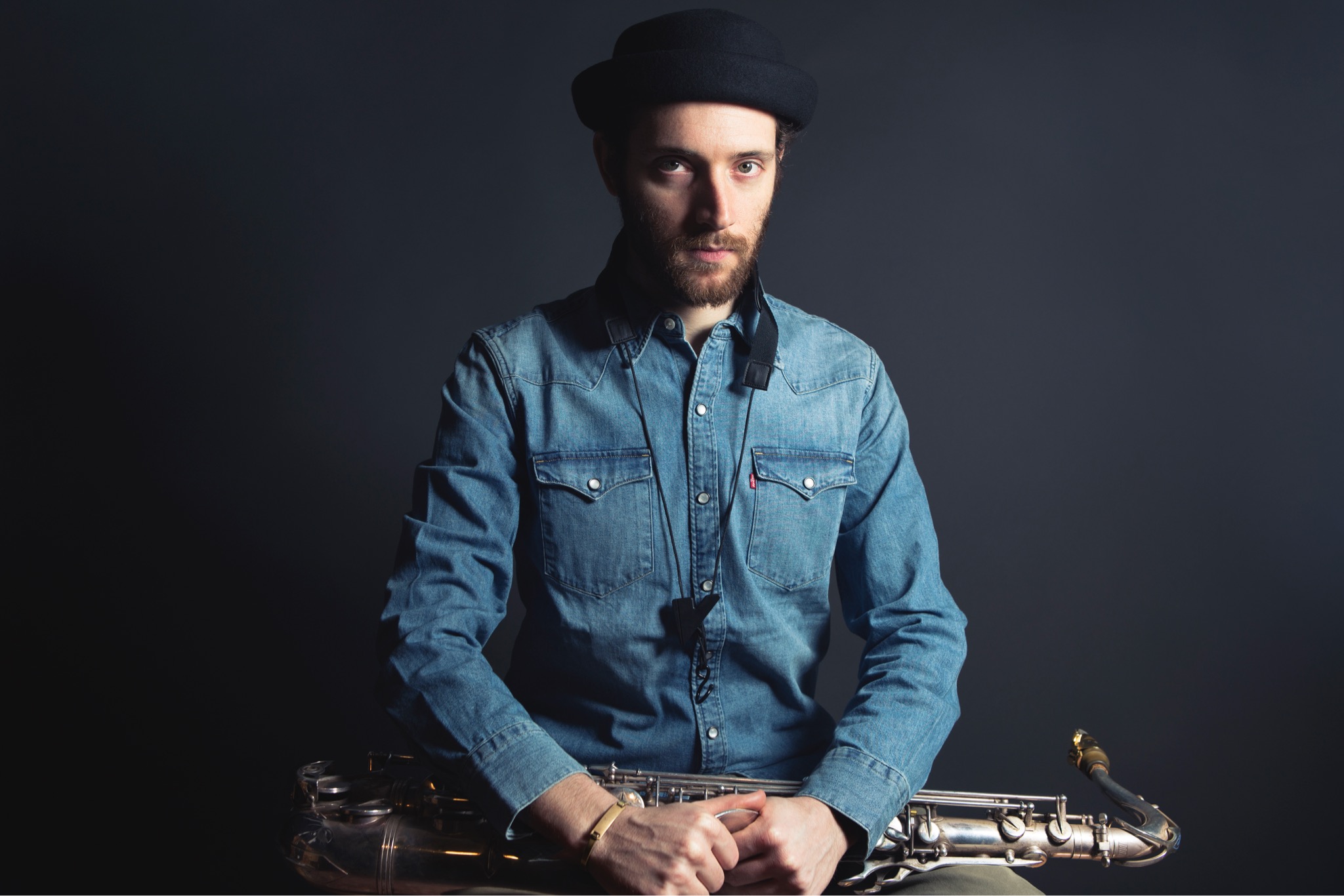 “Chains of Stories” is the follow-up to tenor saxophonist Arnan Raz’s excellent 2016 debut “Second to the left”. And a very accomplished album it is too. This release sees the Israeli born composer teaming up with alto saxophonist Eyal Hai, with Daniel Meron on piano, Tamir Shmerling on bass, and Dani Danor on drums.

There are two key features to this album; the pairing of the tenor and alto saxophonists, and the effortless approach to writing which enables a beautiful, thoughtful and engaging sound to flow from each of the saxophonists’ horns. The music has a gentle, sensitive feel to it, reflective in nature whilst at times still being inquisitively playful.

There’s a childlike innocence to the compositions, evidently poignant as Raz recalls: “When we were kids there was a game we used to play. It was called ‘Chains of Stories’. The first to go would write a sentence, fold it and pass it over to the next one, and they would write a new sentence without seeing what was written before. The game would continue the same way until everyone wrote their sentences. Then we would unfold the entire page and read aloud as one coherent story. When I wrote the title song for this album, I experimented and wrote one short phrase each day without over thinking it, waiting to see what would come out eventually. After a few weeks, I had an entire song written. Thinking of how I wrote the song, I realised it was written the same way that we used to play the game. This album is my chain of stories.”

It’s an interesting concept, and it might explain why some of the melodies and musical lines of notes are so surprising and delightful. There’s a natural beauty to my ears, accentuated by the quite remarkable harmonies provided by the two saxophonists. They accompany one another with such ease and precision, it really is a rare joy to behold. It’s subtle and at times spellbinding, a lovely intuitive sound that warms the heart.

Listening to this album reminds me in a way of Keith Jarrett’s classic album “My Song”. A soft and quiet tone is the overriding feel of the recording, as is heard on several tunes here, “Her Story”, and “Soul Talk” being prime examples. Yet there are times when the saxophonists stretch out and flex their musical muscles, “His Story” being a piece of music where the musicians do take things off on a slightly more adventurous tangent. Another reference point might be Brad Mehldau’s “Highway Rider”. Gorgeous piano melodies underpin some emotive horn playing. “Two Worlds One Soul” along with the title track are both tunes that focus the mind with their intelligent writing, whilst retaining an element of dreamy wistfulness.

“Chains of Stories” is a lovely recording, one which will stand the test of time. Arnan Raz continues to provide us with skilfully crafted, exquisitely executed music. It’s a different vibe to “Second to the left” but I really like that, and I for one can’t wait to hear what he does next.