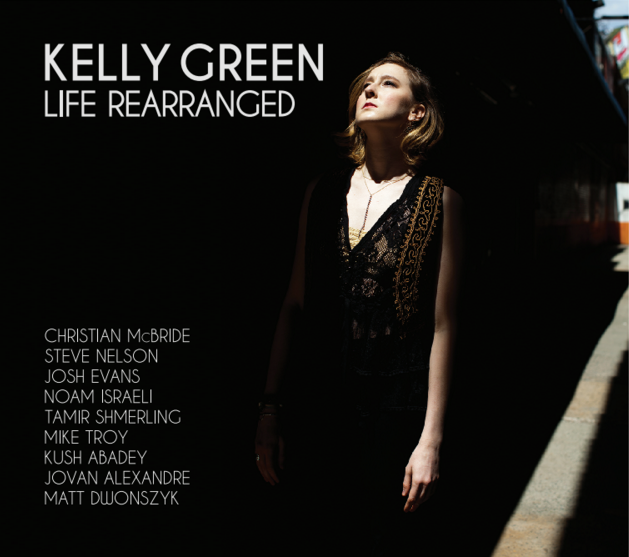 It is difficult to believe that Life Rearranged is Kelly Green’s recording debut (not counting an album of originals that
she recorded while in high school). Her piano playing is sophisticated and modern while also being connected to the
tradition. Her vocals (heard on half of the numbers) are subtle, quietly expressive and full of insight. Ms. Green
contributed six of the dozen selections to Life Rearranged while choosing the six standards carefully, only performing
lyrics that are meaningful to her. And she contributed all of the arrangements for groups ranging from a sextet to
her solo version of the title piece.

There are many highpoints to this impressive set.  “Never Will I Marry” and “I Should Care” are given fresh vocals as
Kelly Green really digs into the words. “If You Thought To Ask Me” is a moody instrumental that is well worth being
adopted by others. Tenor-saxophonist Jovan Alexandre and trumpeter Josh Evans both blow up a storm during the
lengthy and episodic “Culture Shock” (altoist Mike Troy is excellent too) while bassist Christian McBride and
vibraphonist Steve Nelson make welcome contributions to a few selections.

But the main star is Kelly Green, whose wistful ballad singing on “Simple Feelings” and “If I’m Lucky” show a
maturity that one would not expect from a performer near the beginning of her career. Life Rearranged is highly
recommended and available rom www.kellygreenpiano.com.