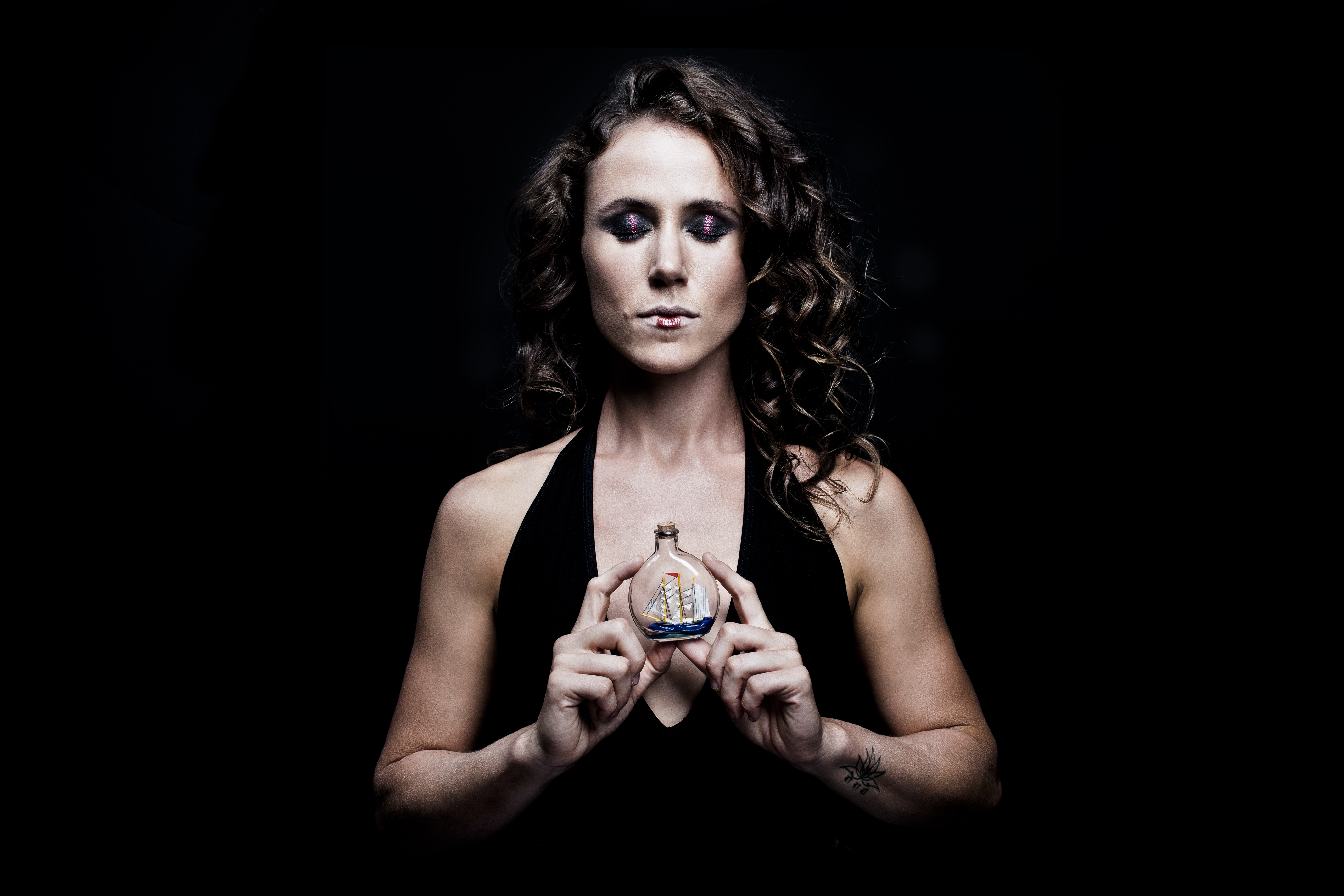 North American listeners have been introduced to the music of the British-born multi-instrumentalist, writer and vocalist, Joanna Wallfisch. She has regaled her audiences from New York to Los Angeles with her genre-bending music on stage and on three albums including the celebrated Gardens In My Mind (Sunnyside, 2016), which featured pianist Dan Tepfer and the Sacconi Quartet – the latter providing a string backdrop to the silken-voiced modern-day troubadour who is as likely to front a group of celebrated musicians as she is to accompany herself on a baritone, or a long-neck soprano ukulele.

Since then, however, life happened to Joanna Wallfisch. And true to form she responded by making her most personal album to date. Due to be launched on the 1st of February, 2018, Blood & Bone features fourteen beautifully crafted songs of beguiling variety and sensuousness, in every lovingly-crafted phrase voiced by Miss Wallfisch. This is quintessential heart-music by

a vocalist who seems to have connected with the deepest recesses of her being emerging into brightness again with songs of haunting beauty. Listening to the way Miss Wallfisch seductively bends notes and sculpts phrases it is clear that there’s not a single lyrical word or note that hasn’t been fastidiously considered.

Magically, however, sometimes spontaneity breaks out seemingly from out of nowhere and it is with one of these effervescent songs that Joanna Wallfisch has chosen to preview the music that is on its way, on the album that will hit the shelves on the 1st of February. That song is “Bo Ba Bo” which was written in February 2016 just before Miss Wallfisch was due to travel to Mumbai, India to volunteer as a choir director with Songbound, a charity that focuses on bringing music education to some of the poorest children in India. In Mumbai, Joanna Wallfisch found that the wordless, playful shape of the chorus was a hit with the 200+ children she was working with.

“These children were from extreme backgrounds. Some were children of prostitutes, some were mentally and physically abused since birth and some were very sick in the cancer unit and others lived in conditions you could barely imagine,” said Miss Wallfisch, however, the music was their solace. “During the choir lessons everything fell away. The music was their joy, their peace, their life… I have never experienced music in such a powerful way,” she added. “Bo Ba Bo”, featuring the voices of the children of the Songbound Choir of Mumbai, is a spellbinding and prolific testament to the power of music.