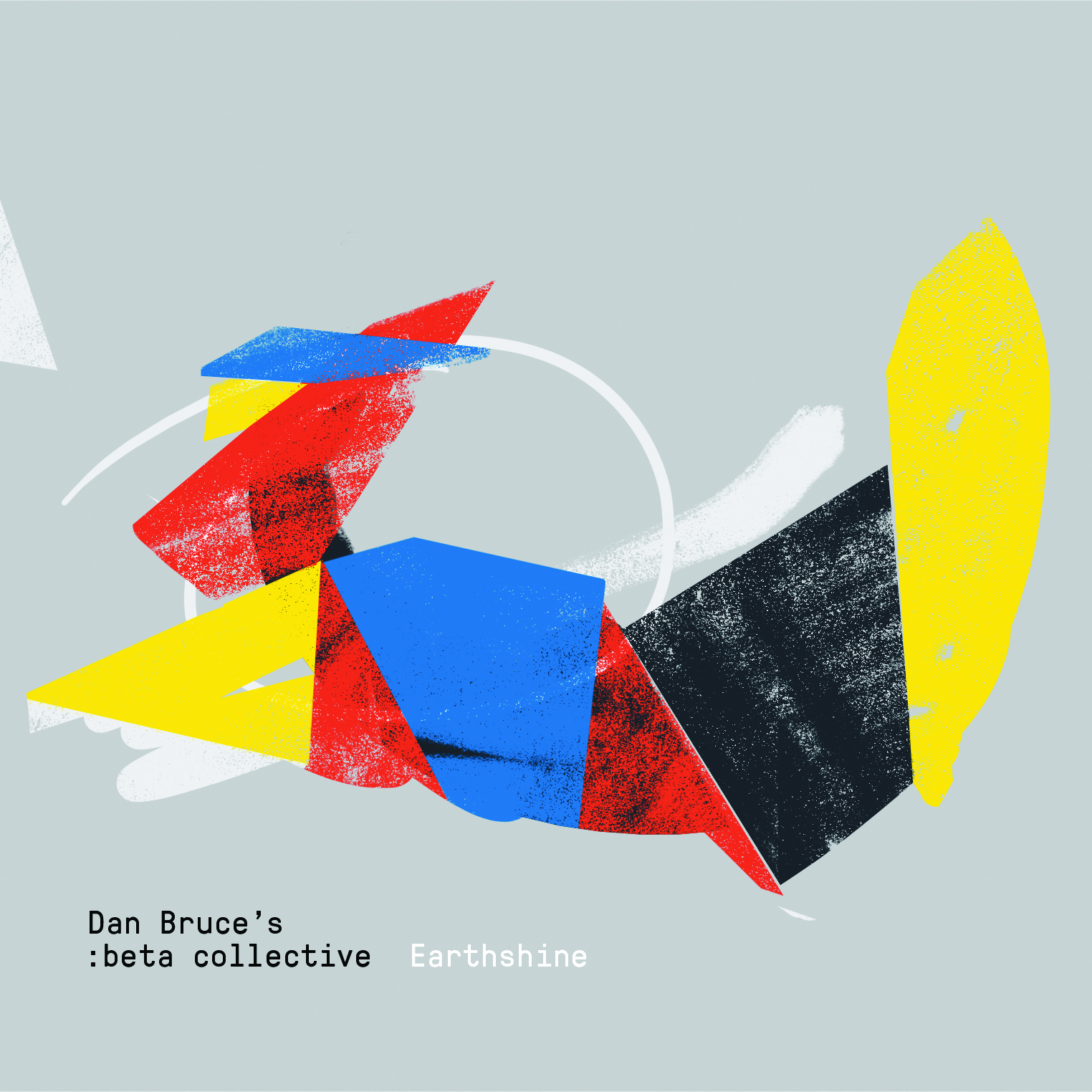 Ohio-born guitarist Dan Bruce, a former mainstay of the Chicago jazz scene relocated to his hometown, releases his sophomore album, Earthshine, where he sculpts personal compositions with the help of high-caliber artists – Russ Johnson on trumpet, Chris Madsen on tenor, Rob Clearfield on piano and Fender Rhodes, Clark Sommers on bass, and Jon Deitemyer on drums.

Lustily built with well-developed sonic textures, the title track inaugurates the voyage to a contemporary jazz planet where the influences of the tradition are seamlessly blended to generate modern sounds. After the theme’s statement, there is a folk-tinged vamp pointing the way toward the bandleader’s improvisation, exotically colored with some modes of the jazz harmonic minor scale. A solemn collective passage leads us to the extraordinary phrasing of Johnson, who stands out through the use of gutsy intervals extended in pitch.

As an intrepid roamer, the shining trumpeter delivers harmonious melodic leaps within asymmetrical phrases on “Ice (No.2)”, a non-imposing yet catchy piece that also features Bruce’s acoustic stringed tapestry and an agile keyboard solo.

The bassist, a regular presence in groups led by Dan Cray and Kurt Elling, extemporizes once again on “Sofa”, a magnetic ternary piece filled with dark humor and pertinent harmonic progressions. This tune had been previously recorded on Bruce’s 2007 debut CD, A Single Thread.

If the straight-ahead predisposition heard on “Lapse” is arranged with a modicum of funk flavor while displaying a telekinetic interplay between Madsen and Clearfield, “Major_Chord” strikes with playful melodies, a cool bass groove, and a Latin-tinged piano solo. Before the reinstatement of the theme, horns and guitar take over in a collective assault followed by non-evasive drum chops.

Bruce smartly eschews overcomplicated procedures on Earthshine. He rather plays slick and tight, punching out inviting textures with an irresistible flexibility. The horn section, operating upfront, together with the participative rhythm section in the back, helped him set up an extremely pleasurable work.