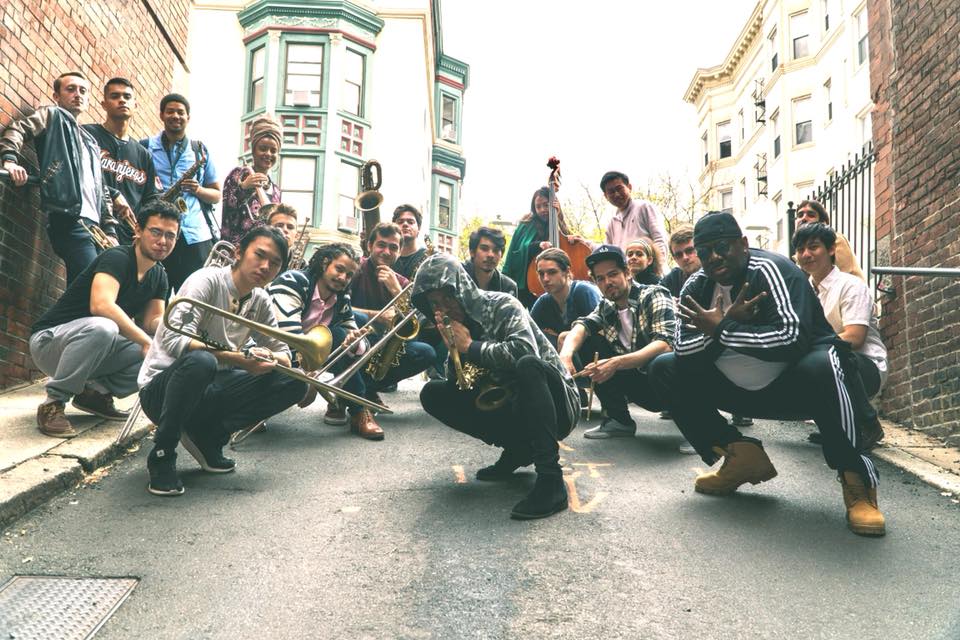 Drummer Ralph Peterson, in partnership with his Onyx Productions Music Label proudly presents The Generation Next (Berklee) Jazz Messenger Big Band’s professional debut performance at Sculler’s, located at 400 Soldiers Field Rd, Boston, on Thursday, November 2nd. With special guest saxophonist and Jazz Messenger alumni Donald Harrison, this ensemble of talented musicians, under the direction of the Berklee professor and widely acclaimed jazz master Ralph Peterson, will take to the stage at 8pm for one set, and possible even a second set at 10pm. Peterson plans to record the entire performance live, for a 2018 release on his Onyx Productions Music Label, so be sure to get tickets now and make some noise on this highly anticipated night of music! Tickets range from $25 – $75 and are available here. This is an all ages show.

Ralph Peterson became a Jazz Messenger in March of 1983 at a concert that was part of the then Boston Globe Festival.  Ralph was chosen by Art Blakey,  to perform with him in his two drummer Jazz Messenger Big Band. Peterson held the post until Mr. Blakey’s passing in 1990 and he has since led a consistently excellent bands and worked with hundreds of top musicians over a more than 30 year career that includes 20 recordings as a leader. Check out The Jazz Messenger Big Band at The Mt Fuji Jazz Festival here.

A bandleader and educator for over 30 years and having played a significant role in launching the careers of Sean Jones, Tia Fuller, Justin Faulkner, and Orrin Evans, among others, Peterson lives the Jazz Messenger tradition of mentoring young musicians. These two threads of this multi faceted artist come together in this exciting project. This band was formed at Berklee College of Music where Professor Peterson teaches drumming and ensembles. The Big Band is made of up of the best and brightest students from Berklee and features the two drummer format in which Peterson musically directs and conducts the young musicians in the Blakey style.