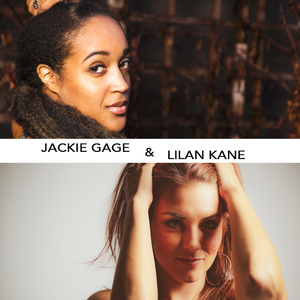 With the music industry in disarray and record labels unable or unwilling to nurture new artists, young singers need to stick together these days.

San Jose-raised Jackie Gage and Novato-reared Lilan Kane met at the Sound Room in Oakland three years ago during an event presented by Jazz Search West — its annual talent contest for singers and instrumentalists, produced by the organization Living Jazz.

Instead of seeing each other as competitors, the four young women vocalists on the program bonded as peers. Gage and Kane went on to perform together in a sold-out night at Yoshi’s last year celebrating the release of their debut albums — Gage’s “Sirens” and Kane’s “Love, Myself.”

They will return to Yoshi’s on April 4 with new material and a good deal of fresh experience, providing a heartening case study of creative solidarity in the face of diminishing resources.

In their 2014 semi-final round at the Sound Room, Gage and Kane performed on a program with Rose Armin-Hoiland and Gabriela Welch. Gage, who relocated to Harlem last year to plunge into the New York jazz scene, recalls, “We all became friends after hearing each other perform. It was really inspiring hearing other female singers around the same age who I’d never heard before. We all love a lot of the same artists and really hit it off.”

Part of what makes Gage and Kane so simpatico is that they came of age on a scene defined by artists steeped in jazz, blues, soul and R&B — currents from which both drink deeply.

No one better exemplifies the depth of vocal talent in the Bay Area, or is more committed to supporting aspiring musicians than Berkeley jazz and blues singer Faye Carol (who’s in the midst of a long-running Sunday residency at the Back Room in Berkeley and an extended second-Saturday-monthly residency at San Jose’s Café Stritch).

Gage first met Carol when the veteran vocalist was serving as a judge at a Jazz Search West event. Gage says they crossed paths again last year in New York, when Carol “came to pianist Marc Carey’s Harlem jam session and sang a blues. When she gets on stage, she commands the entire room. All you can do is focus on her. What Dee Dee Bridgewater and Dianne Reeves do — she has that in her.”

Kane had a memorable encounter with Carol last month at San Francisco’s Yerba Buena Center for the Arts, when they both participated in the UnderCover Presents production “A Tribute to The Miseducation of Lauryn Hill,” which featured Bay Area acts performing one song each from the iconic album in order. The show’s guest music director Meklit enlisted Carol as the closer, delivering a duo version of the 1967 Frankie Valli hit “Can’t Take My Eyes Off You,” which Hill included as a “Miseducation” bonus track.

“It was just her and her pianist (Joe Warner),” says Kane, “and it was so powerful. It was one of my favorite pieces in the whole line.”

Kane herself made a potent impression delivering Hill’s “Ex​-​Factor” with Emcee Infinite and the Cosa Nostra Strings, a side project of Adam Theis’ Jazz Mafia aggregation. Kane is giving away a free download of the track away at Yoshi’s, where she will be joined the Cosa Nostra Strings again, giving an opportunity for her to expand her book with string arrangements she wrote while teaching at the San Domenico School in San Anselmo.

Like Gage, Kane continues to absorb new influences, eagerly seeking out genre-defying singers. Last year she experienced something of an epiphany hearing powerhouse jazz and R&B vocalist Rachelle Ferrell at Yoshi’s. An outsize talent ever since her debut release 25 years ago, Ferrell has made excellent recordings but none that capture the energy and charisma of her live stage performances. (Ferrell returns to Yoshi’s for a three-night run starting March 31.)

The concert left Kane feeling that “I want to be like her,” she says. “She had a set list, but a lot of her show was off the cuff. I’d love to be able to reach that level of pure finesse, but at the same time it’s not too polished. Her showmanship and musicality, her raw emotion and creativity are so inspiring.”
Gage, who is now living in New York City, will reconnect with the hometown scene while back for the Oakland club gig. (Courtesy of Jackie Gage)

Teaming up with Kane again for a high-profile gig is another way for Gage to connect with her hometown scene, now that she’s paying dues in New York as a small fish in an unforgiving sea. She’s using the same community-building skills in New York that she honed in the Bay Area, where she still feels “so much love and support, being able to play with Lilan,” she says.

“There were so many concerts with Amy Dabalos at City Lights, and other women on the scene,” she adds. “It’s really familiar to share a stage where there’s nothing but love.”