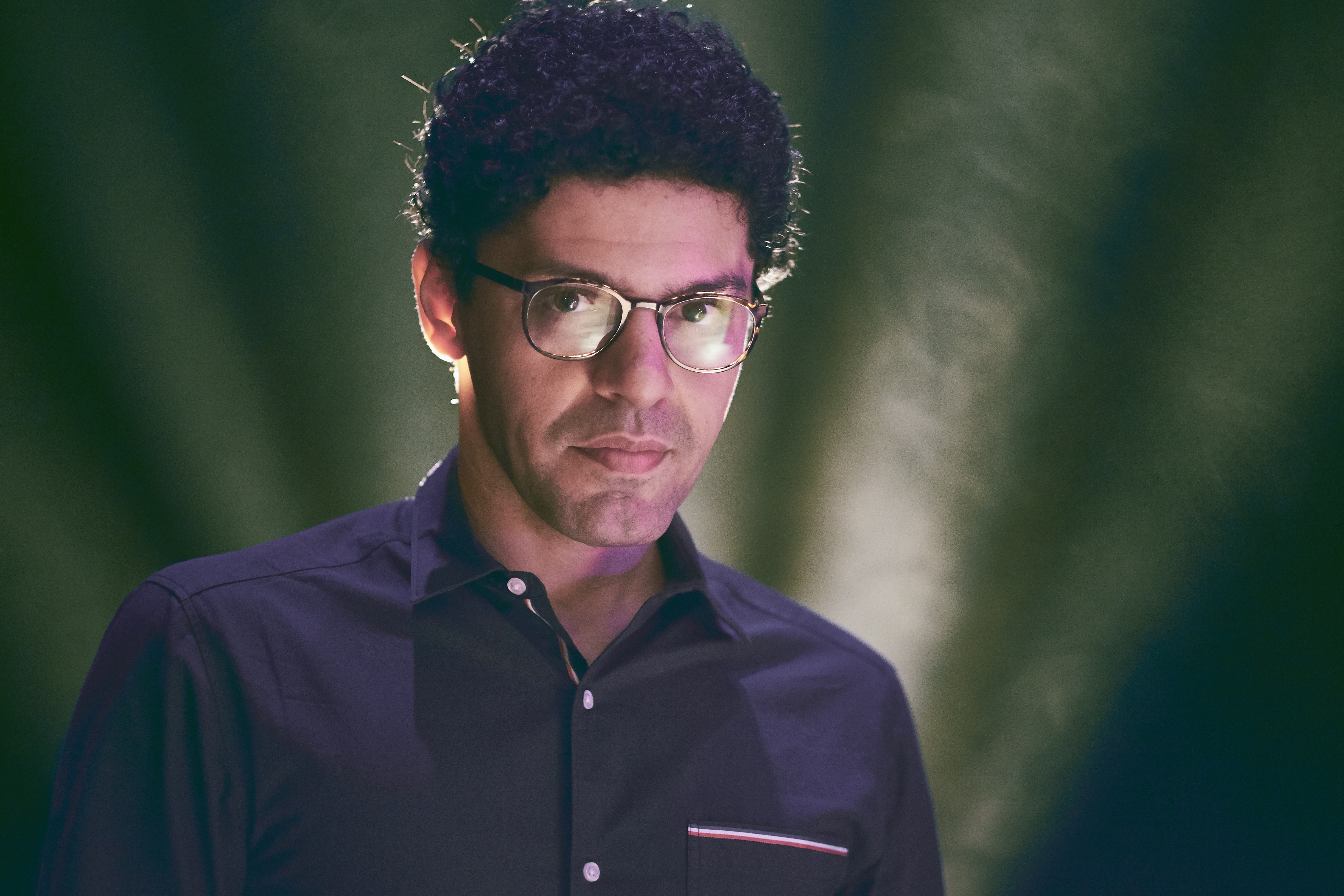 To my shame, I was unaware of Ms. Disterheft even though this is her fourth album  on Justin Time Records [get it?]. The vocalist/bassist/cellist has  been referred to as “handling her bass violin with as much visceral audacity as Mingus once did”, whilst Oscar Peterson said of her, “She is what we call serious”.
So, no lightweight.
However, the heavyweight here is Harold Mabern – the pianist has, probably, been on more gigs and albums than the other two combined – three times over.
Now 80 year old, he is still [quote] Tinkling the ivories with soulful panache. Tinkling them? He’s making them so much a part of him he’s likely to grow a trunk and become prey to a bounty hunter. We pray not. I don’t know how many legendary jazz pianists are still around but, on this performance, they’re all fighting for second place.
This is not to take anything away from Brandi, the jury may still be out re Mingus but she’s a damn fine bassist and certainly sings better than Mingus.
In the liner notes, Brandi explores the Divine Madness, as philosophized by Plato, depicting how Gods and Goddesses would lead the artist into a state of ecstasy.
By this time, I’d made a paper airplane out of the notes, closed my eyes and enjoyed a superb trio album without any divine madness.
Dis Here (Hendricks/Timmons): The trio set their stall out and it’s quality merchandise. Where has Mabern been hiding?
Prelude to the Crippling Thrill (Disterheft): Unaccompanied double bass – maybe Brandi does have some of Mingus’ visceral audacity!
Crippling Thrill (Disterheft); The lady can sing!
Beehive (Mabern): Mabern’s tune, previously recorded with Lee Morgan 46 years ago. provides  a workout for Farnsworth. The pair have gigged together for the past 25 years so, needless to say, they’ve got it right.
Daahoud (C.Brown); Mabern treats the Clifford Brown classic as a ballad with touches of Teddy Wilson and Errol Garner thrown into the mix and Brandi plays a bass solo that didn’t do any harm at all.
Blue Canvas (Disterheft): The second vocal. This lady could make it with, or without the bass, as a singer, composer and lyricist although I hope she sticks with all her options!
George’s Dilemma (C.Brown): Another Brown classic and Farnsworth’s let loose.
When the Mood is Right (Disterheft): A further string to her bow – in this case a cello string. I guess it will be viola next.
Our Delight (Dameron); Back to bass, weaving expertly around Dameron’s great lines. As Oscar said, “Serious”. Mabern also gets back into the game with a fine solo and some salty exchanges with Farnsworth.
Willow Weep For me (Ronell): Brandi gave the Ronnell (Gershwin?) tune a workout before Mabern trumped her (that phrase is now passé) with a fantastic solo that led into a fade-out ending.

For some unknown reason, maybe it was the packaging, I thought this was an ECM release.
Four bars in I knew it wasn’t!
Absolutely delightful example of today’s Brazillian jazz.
Cabral, a young pianist based in Sao Paolo, is a real find. Sensitive, explorative and, behind Vanessa Moreno, as sympathetic an accompanist as any singer could wish for – and Moreno isn’t just ‘any singer’ but a sultry serenader reminiscent of Astrud Gilberto. The addition of Cássia Ferreira on sax adds to the ambiance of the track.

Composer of 7 of the 10 tracks (of the others; 2 are by Jobim and one by Johnny Alf) Cabral is as adept with the [virtual] musical pen as he is with the piano. His compositions are melodic, at times almost Chopinesque, whilst his playing sounds like Bill Evans may have sounded had Bill Evans been born in Brazil.
I’m not sure if Cabral the drummer is related to Cabral the pianist but the intuitive touches they share suggests he may be and Vieira is undoubtedly a musical blood brother.
An album to play repeatedly to capture the subtle nuances and perhaps persuade you to take your next holiday in Sao Paolo.
Described as his sophomore album (that means his second) the Leandro Cabral Trio’s Alfa is now available.