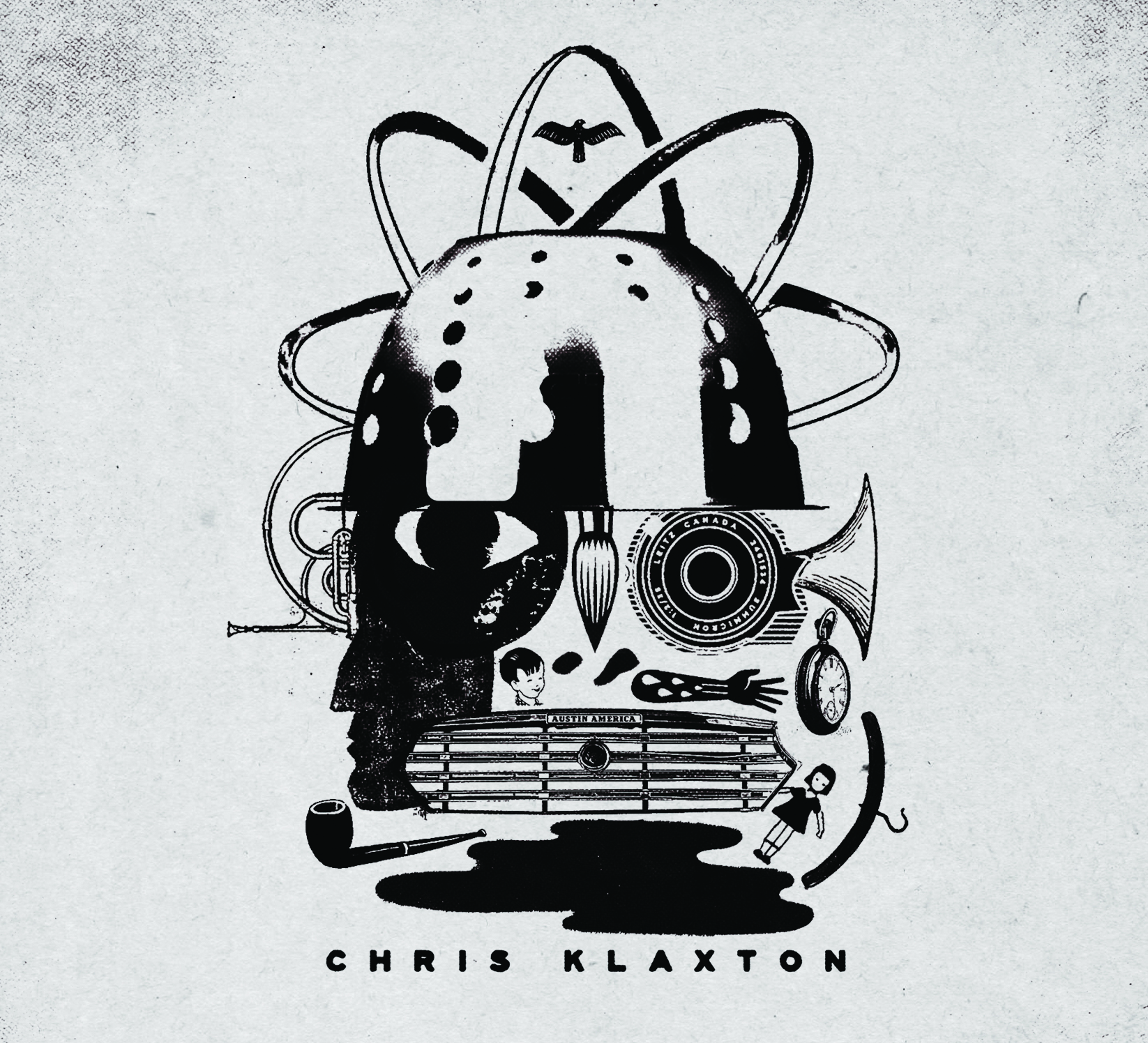 There’s a picture slideshow quality to the sophomore release by trumpeter Chris Klaxton.  Imagine a vintage Kodak carousel shining a bright light on a pull-down screen along the wall, Klaxton standing beside the small table the machine rests upon, and then begins clicking slowly, methodically through the different slides and providing a synopsis of each image of each song.  “Here’s where me and the band performed a straight-ahead old-school tune… you can see the swing in the background and the bop right overhead.”  *Click*  “And here’s where he do a modern jazz-pop crossover tune… See where the melody is wearing the soft colors of a Radiohead outfit?”  *Click*  “Ah, this scene is from a romantic evening, where a vocal guest sang a ballad and the moonlight shined brightly as if the night would never end.”

And it works.  Typically an album that eschews a cohesive structure for an album consisting entirely of individual tracks tends to risk creative drift on the part of the album flow, and fragile attention on the part of the listener.  But no one track onCollage eclipses any other, and those emotional similarities create an evenness of tone that keeps a steady ship throughout the album, and in turn, forges subtle bonds between successive tracks along the album’s path.

The track “Don’t All Go At Once Pt1” begins with the aforementioned Radiohead action and slowly transforms to something closer to a 70’s ambient jazz-rock fusion, and it touches fingertips with subsequent track “Touch and Go,” which begins as a contemplative drone and ends as a shout to the skies explosion of intensity, which in turn, holds hands with subsequent track “Rainforest Tortoise,” an anthemic jazz-rock piece that throws anchor in the territory where Chris Lightcap’s Bigmouth ensemble currently resides.

There is an exception to the point made above about similarities in tone and feel between the songs.  The album ends with “Fictional Friends Remix,” a harsh jazz-hip hop fusion that cracks the spell conjured up by the rest of the album… this, even though it does fall into line with the concept of a story told through different, individualistic images.  It’s not a bad tune or anything.  It just doesn’t sit plumb with the rest of the album.

But that’s a small criticism of an album that has plenty of good stuff to offer.

This album is Self-Produced.

Listen to more album tracks on the artist’s Bandcamp page.

And it’s worth checking out Klaxton’s debut album, Starcode.  I never wrote that album up, but it was close to making the cut, and for a variety of reasons, I wound up taking a pass.  But I liked it well enough to remember Klaxton’s name when approached about Collage, and so I mention it here as a worthwhile pursuit.

Here’s a link to where you can listen & purchase it on Klaxton’s Bandcamp page.