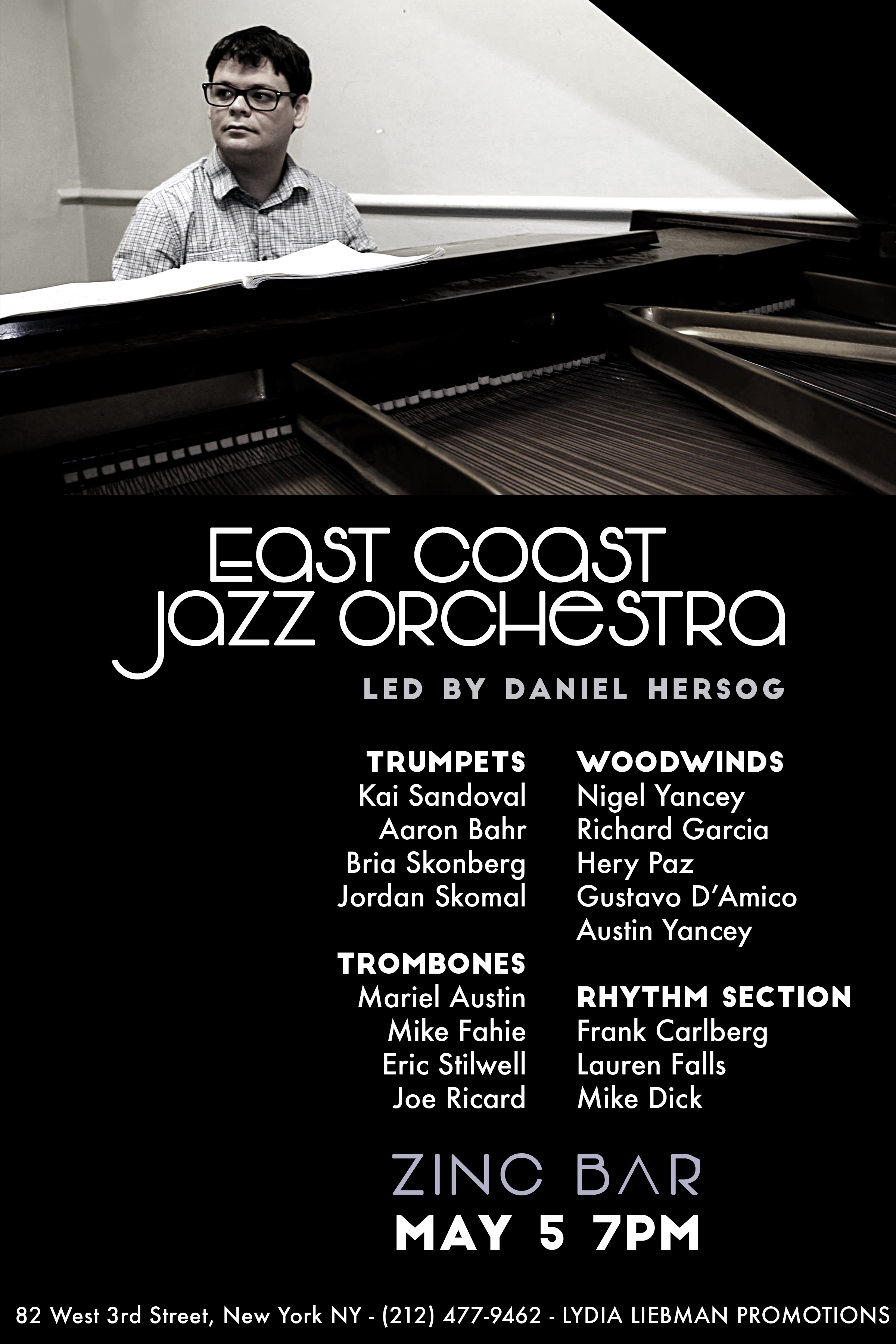 Daniel Hersog is proud to present the Daniel Hersog East Coast Jazz Orchestra on Thursday, May 5 at 7:00 PM at Zinc Bar, located at 82 West 3rd Street, New York, NY 10025. Reservations are encouraged and can be made by visiting www.zincbar.com.

Formed in Boston in 2014 by trumpeter, composer and arranger Daniel Hersog,

The East Coast Jazz Orchestra is a unique collective that prides itself on performing original music and the occasional newly arranged standards with brilliant improvisations, instrumental virtuosity, and a swinging sensibility. The orchestra includes a number of acclaimed musicians who are steadily making their mark on the modern jazz landscape and includes the esteemed Frank Calberg on piano, who Hersog describes as a mentor at the prestigious New England Conservatory (where Hersog currently attends). “It’s special that he’s part of this group,” says Hersog, adding, “…he has played with some of my big band heroes such as Bob Brookmeyer and Kenny Wheeler.”

Hersog, who is originally from Vancouver, presently leads a sister big band: The Daniel Hersog Jazz Orchestra, which features many of Canada’s top musicians.