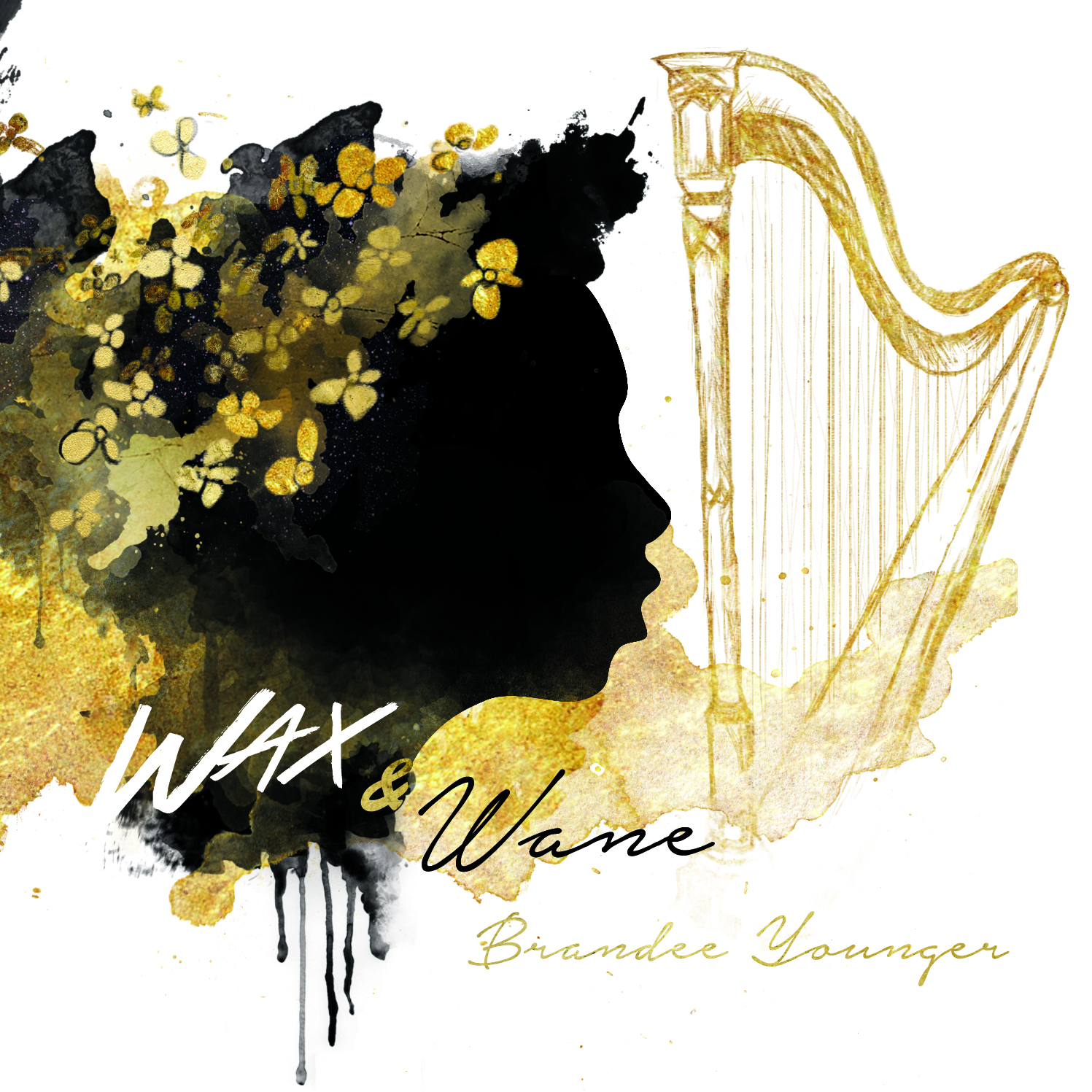 Harp happenings are relatively rare in jazz, but they are there. And when two highly agreeable and strikingly different harp-centric affairs appear on your doorstep around the same time, it really makes you stop and take notice of the instrument, its potential, and the players who are moving it forward and outward in various directions. Both of the releases under discussion here take cues and inspiration from specific styles and/or role models, but neither one is easily categorized. Each of these records leads the listener to the same conclusion: The harp has been unchained and left to go wherever it’s guided.

Brandee Younger retrofits the consciousness of the ’70s with today’s neo-soul attitude and musical mannerisms on this concise and fulfilling date. Her work is sleek and attractive, with bubbling beats, glossed-over saxophone and flute lines, and shimmering harp runs coalescing to create a finished product that’s wholly refined. But the music also oozes raw energy. That pairing of the slick and strong seems to be what Younger is all about.

While three of the pieces presented here also appeared on Younger’s last release—Live At The Breeding Ground (Self Produced/Revive Music, 2014)—these aren’t merely retreads. The versions of Richard Evans‘ “Soul Vibrations,” Younger’s own “Essence Of Ruby,” and the Dorothy Ashby-penned title track on Wax & Wane are a more polished and balanced alternative to what appeared on that sadly overlooked live release. The remaining four tracks here—all brief and entrancing—are richly expressive. There’s the strings-enhanced “Ruby Echo,” an attractive vignette which gives off Afro-Asiatic vibes; Ashby’s bluesy “Afro Harping,” underscored by buoyant grooves and colored by Younger’s trippy harp work and Anne Drummond‘s flute; “Ebony Haze,” another string-backed miniature that highlights Younger’s mastery of mystery; and “Black Gold,” a punchy production that further highlights the relationship between Younger and Drummond. While the running time here—less than thirty minutes—makes this release seem like a bit of a tease, it’s surprisingly complete in the way it plays out.

While selections from composers Claude Debussy, Maurice Ravel, and Franz Liszt appear here, this is not a classical album. The work of each of those esteemed gentlemen simply serves as leaping-off points for Pacific Harp Project.

Megan Bledsoe Ward, like many a harpist before her, received classical training. But a desire to look beyond the harp’s most common musical homeland emerged over time, leading her to explore the instrument’s place in popular music and jazz in her doctoral dissertation. Now, Bledsoe brings those musings to musical life with some help from vibraphonist Noel Okimoto, bassist Jon Hawes, and drummer Allan Ward.

This music is built on the idea of creating the present by stretching, refurbishing, and borrowing from the past. The opener—Bledsoe’s arrangement of the first movement of Maurice Tournier’s “Sonatine pour harp”—is the perfect example of how that m.o. is put into practice: Bledsoe begins with a mesmerizing, as-written presentation of the two main themes, immediately establishing her credibility; the band enters with a pseudo-samba that underscores Okimoto’s work on the first melody; the groove evaporates, inviting the slow and sedate second theme to enter; and the music ramps up again, bringing the original groove and statement back. All of the DNA comes straight from Tournier, but the performance belongs to this band.

All of the music that follows works in similar fashion. “Revenge Of The Harpies,” based on Ravel’s “Tzigane,” marries 2-2-2-3 rhythm cycles and swing to the music; the dignity and demeanor of American spirituals surfaces in “Rhapsodie,” a number based on a Gregorian chant and tied to blues language; Debussy’s “Danse Profane” becomes a pleasant carousel ride, inviting soloists to take a spin; and the absorbring “Serafina,” an original reverie that first came to life as a solo harp piece, succeeds with a blend of traditional techniques and folk-ish overtones. Across a dozen numbers, Pacific Harp Project proves that the harp can travel far from home without ever forgetting where it actually came from.