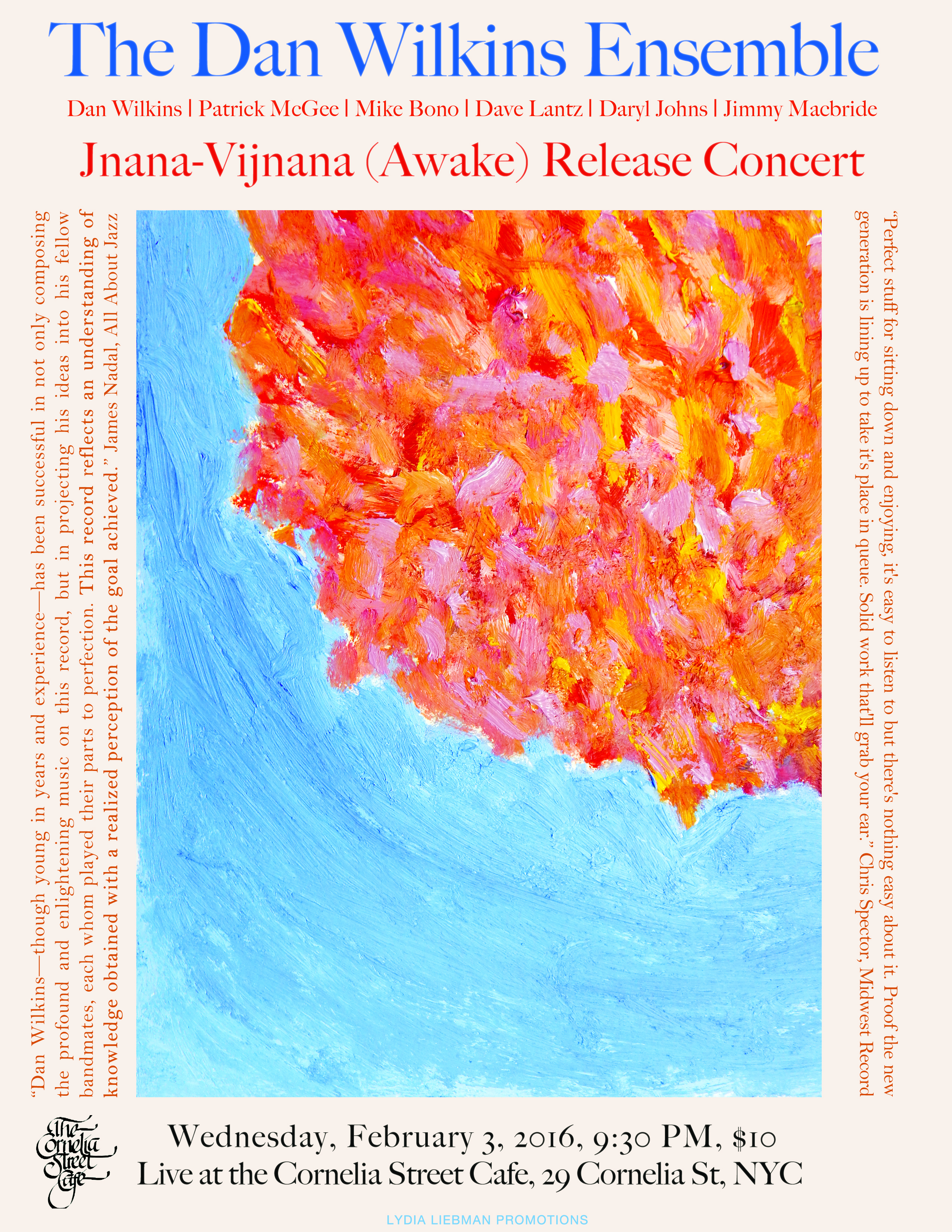 Saxophonist and composer Dan Wilkins is a graduate of Manhattan School of Music’s prestigious jazz program and has studied with some of the foremost educators in jazz including NEA Jazz Master Dave Liebman, Caris Visentin-Liebman, Phil Markowitz, Steve Wilson, Rich Perry and Garry Dial. He has performed throughout the United Sates as well as internationally.

The Dan Wilkins Ensemble is comprised by some of New York’s most sought after up and coming musicians including saxophonists Wilkins and Patrick McGee, guitarist Mike Bono, pianist Dave Lantz, bassist Daryl Johns and drummer Jimmy Macbride. Members of the ensemble have performed with jazz luminaries such as Wynton Marsalis, Kenny Barron, Dave Liebman, Terence Blanchard, and others.

The ensemble looks to pain imaginative and visceral sonic landscapes, exploring harmonic layering in support of dynamic, lyrical melodies and rhythmic hooks. These pursuits are colorfully illustrated on Jnana-Vijnana (Awake), the ensemble’s explorative debut inspired by personal psychological and spiritual experiences including one with self-realization guru Pujyashree Deepakbhai.

“The utilization of a spiritual or philosophical inspiration, has been associated with some of the major innovators in the jazz idiom for some time now,” writes All About Jazz reviewer James Nadal, “…Dan Wilkins—though young in years and experience—has been successful in not only composing the profound and enlightening music on this record, but in projecting his ideas into his fellow bandmates, each whom played their parts to perfection. This record reflects an understanding of knowledge obtained with a realized perception of the goal achieved.”