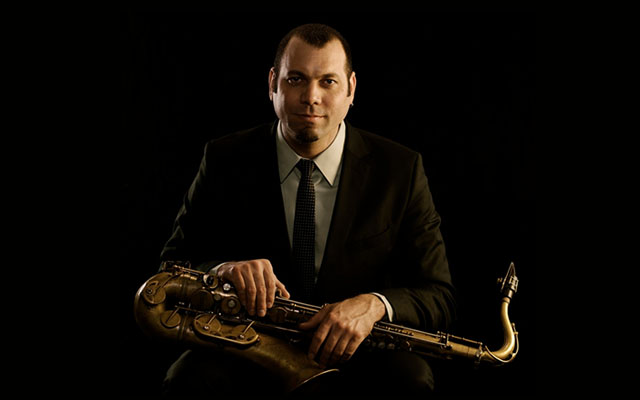 This recording is one of the most visceral and heartfelt that Carlos Averhoff Jr. may have made. You would think that its audacity had something to do with making a leap of faith into an unknown, mystical world still inhabited by the Orishas, as well as with gathering generations of ancestors who had not only embraced the Orishas, but the impulse to adorn their music unabashedly. There is also a kind of innocence and youthful zest and freshness to it. But there is also a gravitas that seems to be matched by the deep and rapturous approach to tone and the gravitational force of the tenor saxophone. His playing is quite extraordinarily expressive and beautiful. Are the tempos and rhythms too self-indulgent to be authentically Cuban? Perhaps, but this recording is still masterful and driven by such genius that it can only have come from worshipping at the altar of originality, creativity and the impulse to adorn even the most complex melodies. Clearly this recording is all of those things and much more. And lest we dare to suggest the higher purpose of this album, which is achieved with passion, grace and fire: to kindle the light of the soul and fire up the innate energy within.
There is always a danger for records with names that don’t roll off the tongue easily to be forgotten no sooner they have been listened to. However, there is no chance of this record to become a neglected treasure. Firstly Carlos Averhoff Jr. is a musician who is renowned as a virtuoso soloist. His name itself evokes pedigree. Mr. Averhoff’s father was one of the founders of one of Cuba’s most famous ensembles, Irakere. So the young tenor saxophonist comes, in fact, from a tradition of spectacular virtuosity, inaugurated, you might say, by his father. That is where it ends, however, and Carlos Averhoff Jr. comes into his own. There are many characteristics of the younger Averhoff that I find attractive. Not the least of these relates to technique. Here I am bewitched by the rhythm of his breathing, the circulation of air once it is in his lungs and the controlled manner in which it is expelled from his lips. And this is only the beginning. This is when the rhythm of exhalation takes over and when this is put together with glorious glissandos and vaunted arpeggios something quite spectacular happens: that inner light of the soul gets fired up uninhibitedly so it radiates to audiences’ hearts and minds as well.

Mr. Averhoff appears to be a perfectionist. This is not so much a matter of manipulating fingers on buttons, or embouchure and breathing technique. His is the impulse to touch listeners with the soul of his playing. He favours this by exploring beauty so deeply that you can imagine, here, waltzing through a mansion of many rooms adorned with many mirrors. Imagine now his ability to bounce the myriad rhythms of his native Cuba just once and off just one mirror then watch that aural image multiply interminably becoming something totally new and everlasting. Something as miraculous as this may be experienced when listening to “Con Calma” a danzón that morphs into a dazzlingly free piece, or find this bewitching experience also in the classic interpretation of Roberto Carlos’ “Tumbao para Bebo” an utterly absorbing tribute to the great Bebo Valdés. What an unforgettable way to end this album: with a song so hypnotic that it seduces the senses. Overall this amounts to an album that is impossible to resist not just for the inventiveness and appeal of its protagonist: Carlos Averhoff Jr. but the other stellar members of this ensemble, Greg Osby, Francisco Mela, Aruán Ortíz and John Lockwood as well.