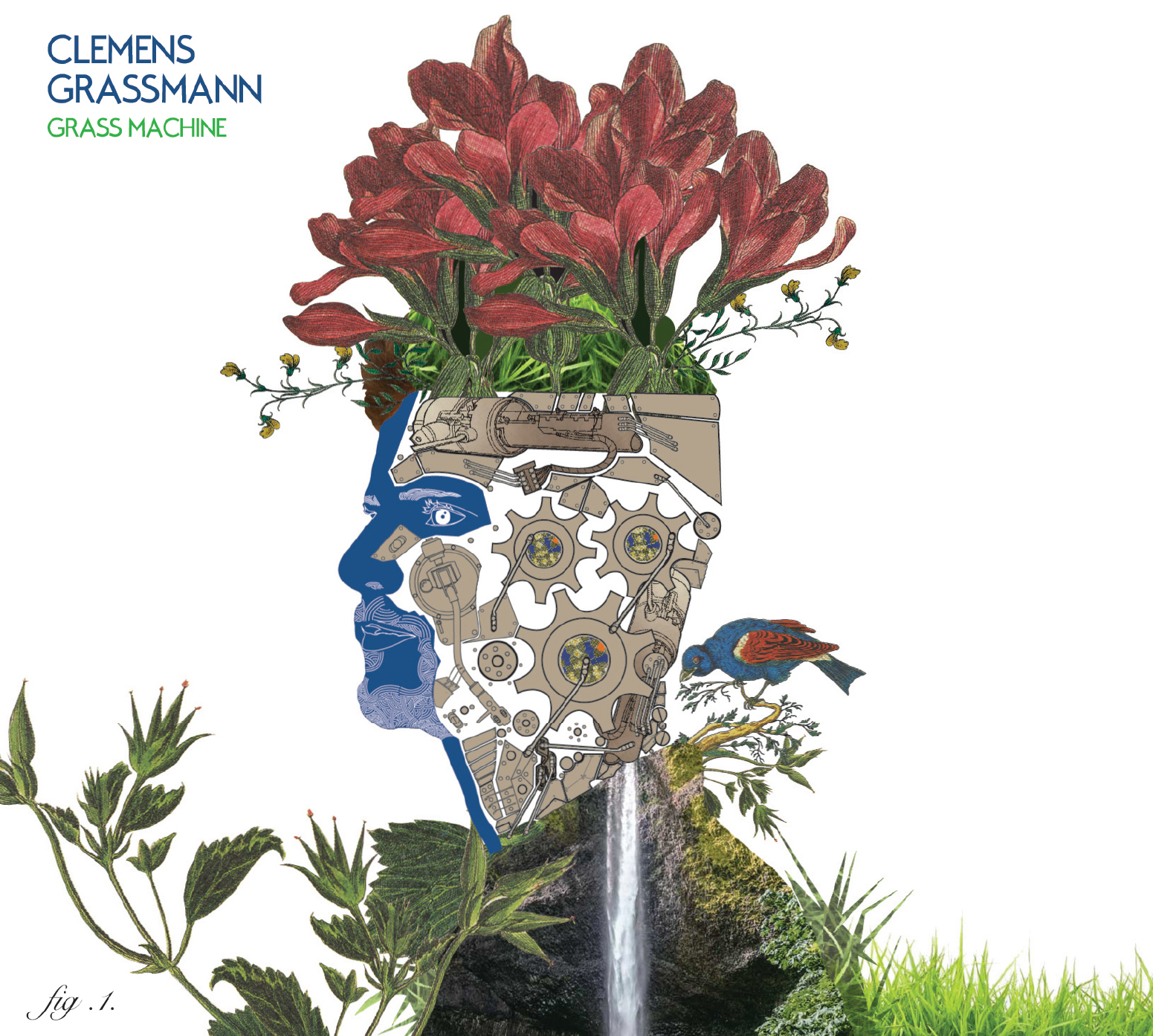 Drummer and composer Clemens Grassmann releases “Grass Machine,” a testament to the intersection of hard work and creativity that’s ushering in the rebirth of the New York Renaissance

When the waves of lockdowns hit New York City, drummer and composer Clemens Grassmann was faced with a choice: falter and become demoralized, or focus, work, and lay the foundation for his role in the soon-to-come Renaissance of the great city upon which so much of the world’s music is built. When the music industry looked like it might crumble, Grassmann chose to hope, and to hope with an active determination to rebuild and make something greater. It was this hope – in himself, in music, and in New York itself – that led him to create Grass Machine, a tale of the strength of community and support amidst the unprecedented disunity wrought by the pandemic.

“‘We left the drums the way Billy Hart had set them up,’ they told me as I entered the drum booth,” recalls Grassmann. “I had never felt such a sensation, a magical mix of devotion, humility and excitement, that I would record my music at Rudy Van Gelder Studios, in the exact same room that gave birth to John Coltrane’s A Love Supreme, Herbie Hancock’s Maiden Voyage, and Wayne Shorter’s Adam’s Apple.” Such was the energy in the room at the recording session for Grassmann’s Grass Machine, a continuation of the Blue Note tradition of recording and the first brick laid by Grassmann in the road to the 2020s New York Renaissance. Out of the chaos inflicted upon New York City and the rest of America by the COVID-19 pandemic, the music community has – seemingly paradoxically – grown stronger and more tightly knit, with Grassmann and his band standing as no exception. Grassmann stands in hopeful and well-founded optimism for the future of music and of New York and it is this hardworking, determined hope that birthed Grass Machine. “New York City [is] a place loaded with electricity and energy, a network of brains and machines, intertwined cogwheels of working musicians,” Grassmann says. “As the city is reopening, the Renaissance has already begun.”

The title of the album stands in twofold meaning. The first, of more lighthearted and playful consequence, is derived from an amiable nickname given to Grassmann by his colleague and friend, alto saxophonist David Milazzo. “David [is the] one who started calling me ‘Grass Bro’ with a high five,” Grassmann tells. This nickname was combined with the essence of Grassmann’s industrious mindset and thus the title Grass Machine came about. The second layer of meaning carries more depth to it. With Grassmann’s mindset comes the drive to keep working and overcoming despite the difficulty and to be a part of the eternally creative and technical scene that is New York. To Grassmann, the nature of New York is found in the ever-moving workers and machines who are the heart blood of the city. To Grassmann, the title ultimately stands as a call to “be yourself, be a worker, and be a machine.”

Musically, Grass Machine has a distinctly recognizable sound. Featuring a septet that both carries the tradition of classic Blue Note recordings while pushing the concepts of modern jazz harmony and melody forward, Grass Machine showcases intricate arrangements that strike a careful balance between highlighting melody and shining a light upon the inner machinations of the band. Grassmann’s vision as a writer for this atypical septet with three saxophones and one trumpet was to create a sound that feels at times like a big band and at times like an “acoustic synthesizer.” He accomplishes this with the mastery of Jannek Zechner, the record’s mixing engineer.

Grassmann’s unique writing concept is evident on the track “Re.Op.,” the title of which is taken from the phrase and writing technique “recursive optimization.” Recursive optimization describes a problem-solving method in which a large problem is broken into smaller ones and handled methodically – a technique used by Grassmann to brainstorm and develop the chord voicings and progressions on the track. Moreover, Grassmann applied this same process on an emotive scale while writing the piece. “While arranging this song,” Grassmann says, “I revisited it through different angles, channeling my emotions and energy into music during the COVID-19 lockdown in NYC.” Another composition that spotlights the band’s sound and the composer’s approach is “Tech Delight.” This composition began simply with a chord progression which Grassman proceeded to revisit in a variety of ways, bringing him great joy as he rediscovered the thrill of harmonization in its limitless possibilities. “This piece started off with a chord progression,” Grassmann tells, “which I turned into a song, just to come back to it and explore new chordal directions, which led me to write another song, “Re.Op.,” still following the idea of recursive optimization to optimize this chord progression.” This great elation and excitement in voicing techniques is ultimately what led to the piece’s name as “Tech Delight” is a derivative of “Voicing Technique Delight.”

Bringing to life an arranger’s vision for a septet is no small task, and Grassmann was accompanied by a stellar cohort whom he praises first and foremost for their dedication to the music. “I appreciate the effort and dedication of each band member to really bring my music to life and take all necessary steps to prepare prior to the rehearsal,” says Grassmann. “We could really focus on very small last details and use the time to explore more sounds and spaces within the music.” Beyond merely knowing the music intimately, Grassmann’s ensemble brought their individual ideas into the creative rehearsal space and together were able to accomplish feats that further developed Grassmann’s already clear vision. The band on Grass Machine consists of Aaron Bahr on trumpet, David Milazzo on alto saxophone, Sam Dillon and Chris Bittner on tenor saxophones, Chris McCarthy on piano, Cole Davis on bass, and the bandleader and composer Clemens Grassman on drums.

With Grass Machine, Clemens Grassmann has created not just an album, but an outlook whose hopeful optimism is quickly picked up by listeners in a way simultaneously brings joy and inspires action. Grass Machine stands as both a love letter and testament to the hardworking people of New York City whose resilience not only carried them through the trials of the past two years, but have started to pave the way for a new Renaissance for music, arts, and the everyday man.