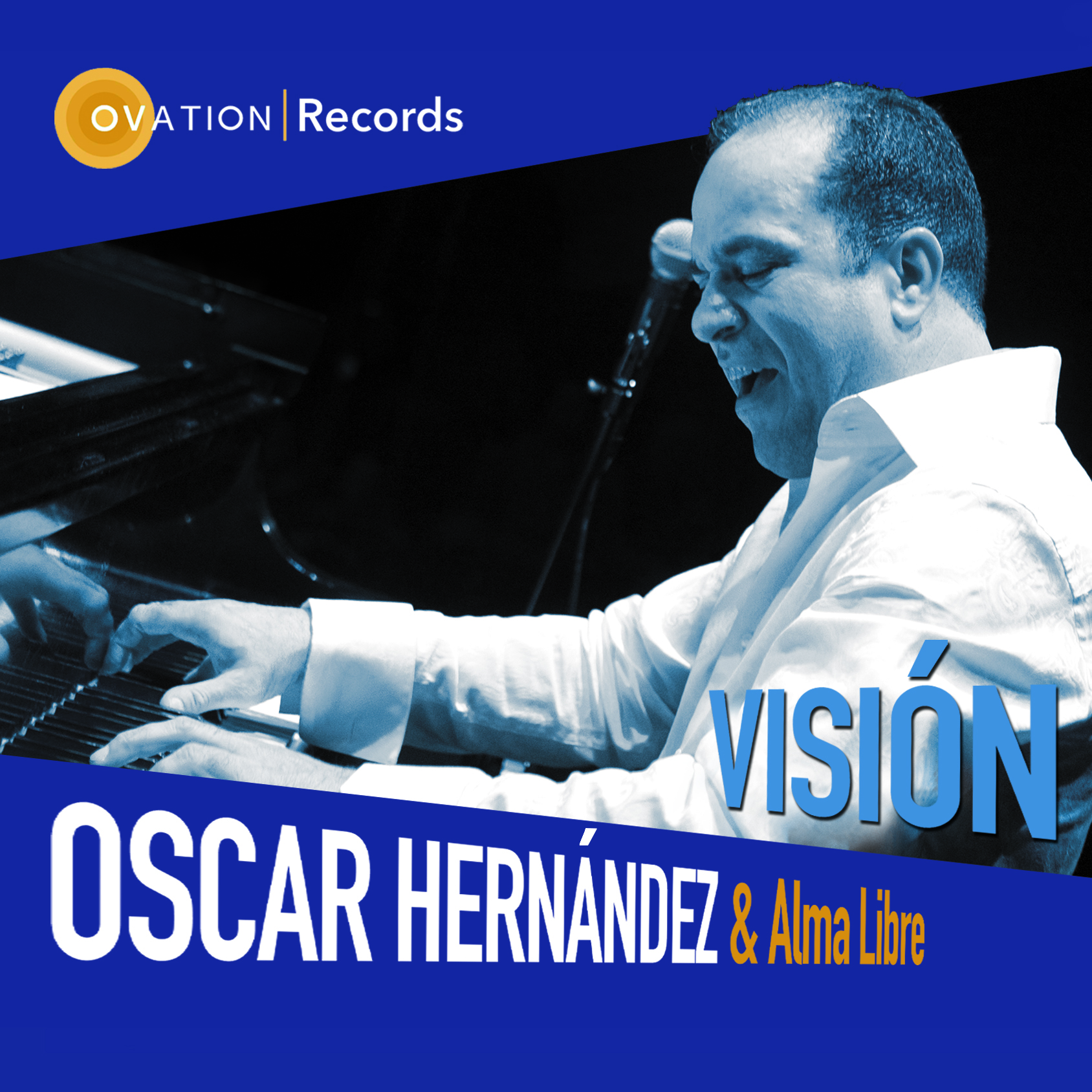 Multi-GRAMMY® Winning pianist, composer and bandleader Oscar Hernández is proud to announce the January 22, 2022 release of his new album Visión. Supported by his long-standing quintet Alma Libre, and augmented by special guests Joe Locke, Aaron Janik and Luisito Quintero, Hernández’s third release as a leader is a powerful document that reaffirms his standing as one of the most important voices in Latin music. This is the second release for Ovation Records, a new record label founded by Hernández in 2020.

Visión is a seminal work for the decorated artist, who described the experience of preparing and recording the project as an important creative outlet during the shutdown. “The creative process was in full force during that time,” reflects Hernández. “Recording this album was a way to react positively, and to counteract the negative circumstances surrounding the pandemic.” And so, the prolific composer added ten new compositions to his already expansive and wide-ranging repertoire. In May of this year, he and Alma Libre – his Los Angeles-based ensemble featuring the legendary saxophonist Justo Almario, drummer Jimmy Branly, bassist Oscar Cartaya, and percussionist Christian Moraga – recorded Visión, bringing these brilliant new tunes to life. The title is of significance to Hernández. “When I was young, I was taught by my family that you need to have a vision to accomplish things. I believe that if you see it and you believe it, you can achieve it,” he says. This uplifting title seemed a fitting response to the tenuous situation at the time the album was conceived.

Hernández is perhaps best known to modern-day audiences as the leader and producer of the highly acclaimed Spanish Harlem Orchestra. With Hernández at the helm, the 13-piece all-star salsa big band has gone on to win 3 GRAMMY® Awards, and release eight critically acclaimed albums, including 2018 GRAMMY® winner Anniversary. In 2020, Spanish Harlem Orchestra released The Latin Jazz Project, their first-ever all-Latin jazz release. Referred to as an “opus that dazzles” by Jazzwise Magazine, The Latin Jazz Project allowed Hernández to musically stretch and display his considerable chops. Visión continues in that tradition while showcasing Hernández outstanding musical facility in a more intimate setting.

Oscar Hernández’s storied career dates back to the 1970’s when he began performing and recording with original salsa legends such as Ismael Miranda, Celia Cruz, Pete “El Conde” Rodriguez, Conjunto Libre, Grupo Folkorico and Ray Barreto. He then went on to join Ruben Blades’ Seis Del Solar band and eventually became his Musical Director, charting the musical course for the salsa legend. Hernández soon became the Musical Director for Paul Simon as well as the orchestrator and arranger for Gloria Estefan. Hernández first recorded with Alma Libre in 2016, marked by the release of their debut The Art of Latin Jazz (Origin). In 2019, they released a sophomore effort Love The Moment (Origin). The album received worldwide acclaim, including a four star review from Downbeat Magazine that praised the “ensemble’s genius” and it was described as “harmonically sophisticated and rhythmically compelling” by The New York City Jazz Record. With Visión, Hernandez is in his element as he continues this tradition and showcases, once again, Latin jazz music of the highest caliber.