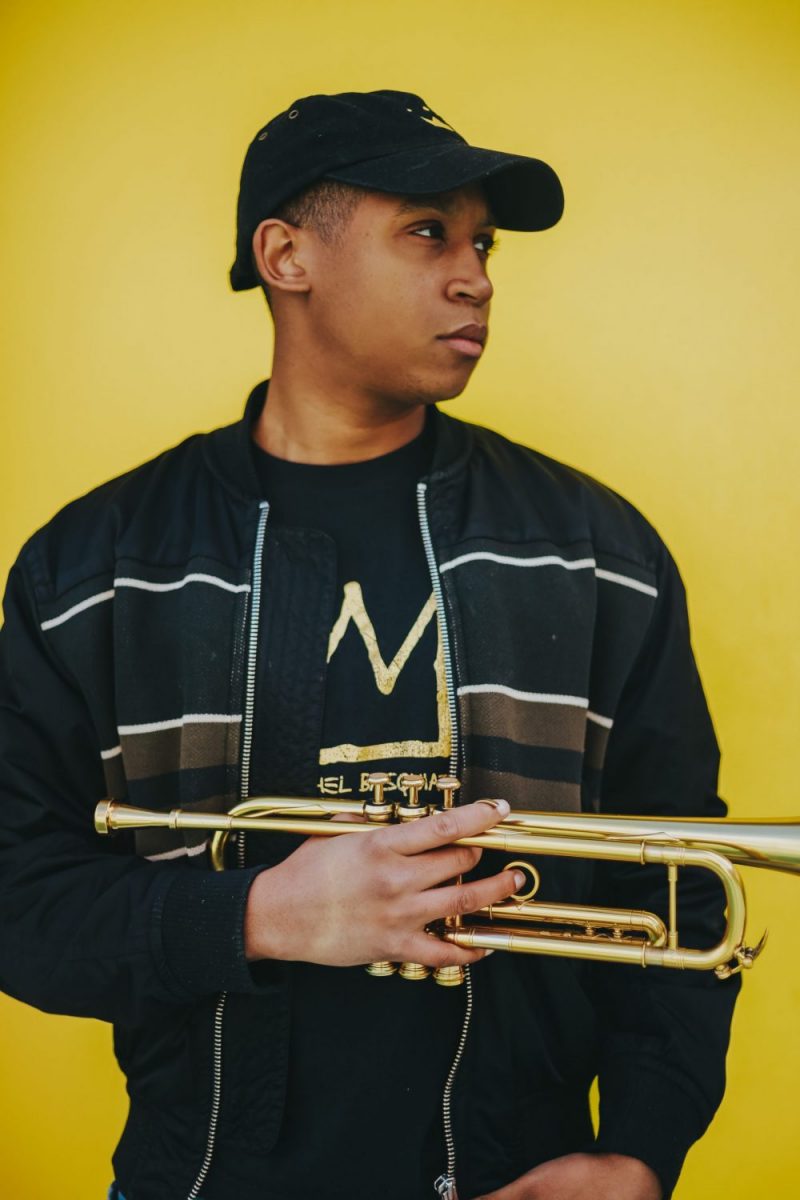 by Ayana Contreras, Downbeat
“Trumpeter Alonzo Demetrius’ thirst for social justice is evident on his leader debut, Live From The Prison Nation. “Movements transform people from individuals to a collective”: Those words from journalist and activist Mumia Abu-Jamal are incorporated into “Mumia’s Guidance,” an ambitious, nine-minute track on the album. The disc reflects many lessons Demetrius learned while earning both a bachelor’s and master’s degree from Berklee College of Music in Boston. But they went much deeper than licks and chords.

In the wake of the deaths of Black citizens Freddie Gray and Sandra Bland (who each died while in police custody during 2015), Demetrius attended a number of protests in Boston, which provided pivotal experiences. “The initial concept for the album was around police brutality, but as I was doing my research, I dove into Angela Davis’ work on the prison-industrial complex,” he said. “It became apparent to me that I needed to have her as a feature, even if it’s just to give some context.” The album’s powerful opener, “Expectations,” includes a recording of Davis.”