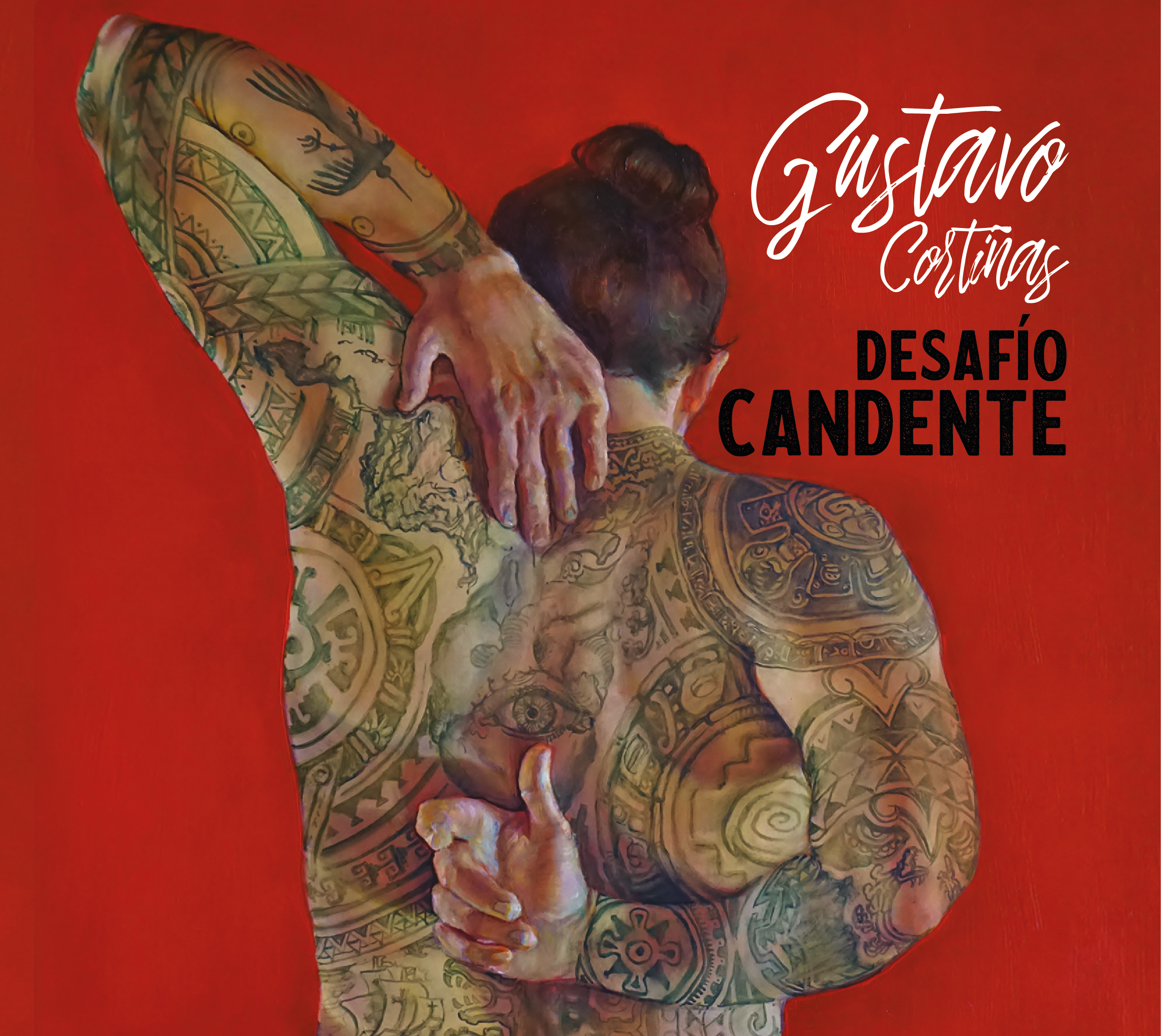 Inspired by Eduardo Galeano’s The Open Veins of Latin America, Cortiñas’ new work explores the history of colonialism, imperialism and neoliberalism in Latin America with 30+ musicians and speakers from 11 different countries over the course of 14 tracks and accompanying videos

For over a decade, Gustavo Cortiñas has been an active member of the Chicago music scene as a sought after drummer, a prolific composer and bandleader. On his previous releases (Snapshot, 2013 and ESSE, 2017) he combined his expansive creativity as a composer with an aptitude for large ensemble writing. With his forthcoming third release Desafío Candente, Cortiñas presents his most ambitious project to date: a Magnum Opus designed to explore the impact of colonialism, imperialism, and neoliberalism that has struck Latin America through centuries. This audio recording is also a visual album, as each track partners with an accompanying music video. Desafío Candente will be available as a double compact disc and triple vinyl LP via Woolgathering Records on March 24, 2021. Digital versions of the album will be available exclusively at the Woolgathering Records direct-to-artist web store and Bandcamp.

His sweeping new release uses the writings of Uruguayan author Eduardo Galeano‘s book “The Open Veins of Latin America” (a fundamental text in Latin American literature) as a template for the construction of these riveting new works. At its core is a jazz septet – Cortiñas is joined by Kitt Lyles on upright bass, Joaquín García on piano and Artie Black on a variety of reeds, as well as Drew Hansen on trumpet, Euan Edmonds on trombone and versatile guitarist Matt Gold. 21 musicians and 13 guest speakers from 11 different countries augment each of the 14 tracks which take listeners on a journey through a different part of Latin America and its history.

Inspired by Túpac Amaru’s Rebellion, the Mexican Revolution, and the Zapatista Movement in Chiapas, among other key events of Latin American history, Desafío Candente makes a powerful statement – it denounces the power structures that run Latin America and prey on its people, while also celebrating the resilience, spirit, and creativity of those very diverse communities. The work manages to expand its scope through its interdisciplinary amalgamation of spoken word and printed text directly from the page (with permission of Galeano’s state) as well as the striking cover image by celebrated Mexican painter Carmen Chami.

The ensemble integrates their skill set for jazz improvisation and knowledge of American music on Cortiñas’ cross-stylistic compositions with great ease. On “Pachacuti” a military march gives way to a free improvised section, while “La Mano Invisible” starts with a slow blues dirge before bursting into a dynamic second-line New Orleans style form featuring collective interjections from all horns with veteran Victor Goines soaring on clarinet.

Maintaining a compositional focus, Cortiñas’s interesting arrangements coax a great variety of textures and timbres from the ensemble while the musicians deliver strong performances of the music throughout. The suite is full of musical variety while remaining cohesive and faithful to its subject matter.

Born and raised in Mexico City, Gustavo Cortiñas has been an active member of the Chicago music scene since 2011. As a sought after drummer, he has performed and recorded with Kitt Lyles’ Real Talk, Erik Skov’s Liminality, Imagery Converter, Emily Kuhn’s Helios, the Roy McGrath Quartet, and the Carla Campopiano Trio, among others. A prolific composer and bandleader, Cortiñas is a member of the Chicago Jazz Composer’s Collective, performing regularly for their monthly residency at Chicago’s very own Green Mill. “Cortiñas’ music is uplifting, robust, melodic, and gets your body moving; it’s an exciting blend of the artist’s musical influences from jazz and Latin America, including his native Mexico,” said Downbeat Magazine.

Modern Latin American history has created a phenomenon in which an ever-growing number of people from these countries have ended up living their lives somewhere else in the world, wondering how to integrate their identity with the foreign culture they now find themselves in. The work of musicians like Gustavo Cortiñas aims to expose this existential conundrum that permeates the lives of the Latin American diaspora, organically integrating their traditions into the music they have learned to play in this country. He manages to assert his credibility as a musician that largely operates within the jazz idiom while simultaneously referencing his own culture to create a fresh perspective on the music. Cortiñas is part of an esteemed group of artists that are actively reshaping the narrative of Latin American culture in America and Desafío Candente is an instantly important voice in this movement.

Inspired by Eduardo Galeano’s The Open Veins of Latin America, Cortiñas’ new work explores the history of colonialism, imperialism and neoliberalism in Latin America with 30+ musicians and speakers from 11 different countries over the course of 14 tracks and accompanying video

This project was funded by a grant from The National Fund for Culture and Arts (FONCA), which is the Mexican equivalent of the American National Endowment for the Arts.