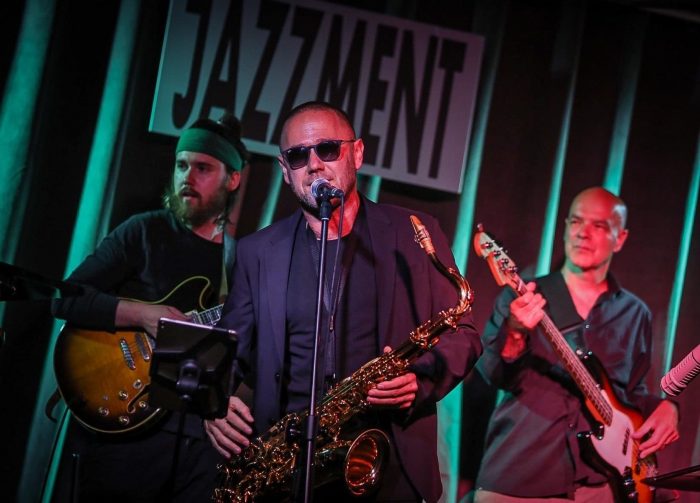 On Sunday, December 13, JazzCorner premiered an exclusive new video performance of “Chiefs Kingdom” by Sylwester Ostrowski & Jazz Forum Talents – one of the most promising up and coming ensembles from Poland today. Watch the video here.

“Chiefs Kingdom” is the new single from Jammin’ with KC, the new album from Sylwester Ostrowski and the Jazz Forum Talents. Ostrowski wrote this piece during the band’s time in Kansas City, this dynamic track was inspired by the Super Bowl win by the Kansas City Chiefs, which occurred when they were recording.

A recent review from All About Jazz sums up the project well. Reviewer Kyle Simpler says: “Ostrowski assembled a collection of musicians ranging from well-established players to relative newcomers. The musicians featured here also represent diverse cultural backgrounds, which is fitting considering that Ostrowski is a jazz ambassador in his own right. Inspired by Dave Brubeck’s travels to Eastern Europe in 1958, Ostrowski tries to use jazz to build connections on a global level.”

“Chiefs Kingdom”, an original track, prominently features iconic saxophonist Bobby Watson, whose presence can be felt on two of the tracks on Jammin’ With KC. “This recording is the result of the musical atom bomb that Bird and company set off in the 1930’s and covered the world with an everlasting musical fallout cloud that left no corner of the earth untouched. These musicians from Poland stormed into Kansas City with the single-minded intention to swing! Because, we are all his children,” says Watson.