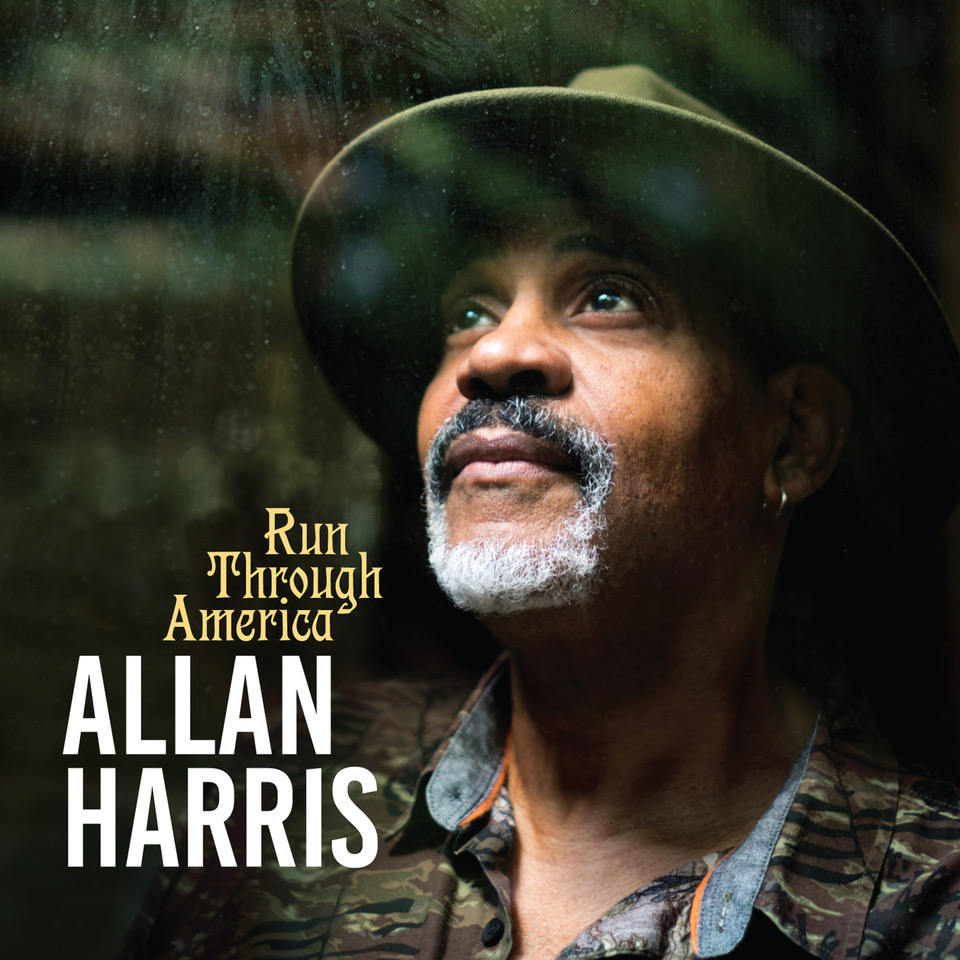 Vocalist Allan Harris, one of the most celebrated storytellers of his generation, is proud to unveil his new single “Run Through America” on August 27th, 2020.  A powerful protest song written in support of the Black Lives Matter movement, “Run Through America” is an anthem for social change and an impassioned call to action directly inspired by the recent slayings of George Floyd, Breonna Taylor and Ahmaud Arbery and so many others.

“Run Through America” was written and recorded during one of the most contentious summers in recent American history. The unjust killings of Black Americans at the hands of police, and the rise of racial tensions as a result of an outwardly racist administration mobilized hundreds of thousands of protesters to take to the streets across the country in the name of social justice and racial equality. The recent protests drew parallels to Harris’ early experiences as a child in Harlem in the 1960’s – a time when he sat at the counter of his Aunt Kate’s restaurant behind the Apollo Theater and watched the historical Civil Rights movement unfold in front of his eyes. Six decades later, Harris found himself living this experience yet again.

On “Run Through America”, Harris describes the tragic encounters that led to the deaths of Arbery, Taylor and Floyd, while making an emotional plea to listeners to “take to the streets and shout out their name.” While the song is undoubtedly of the moment due to the topical references, it calls back to an earlier stage of our history, when Black men and women were literally running through America in search for freedom. “I sometimes imagine what it must have been like to step off those plantations and find oneself traveling through America’s hostile and inhospitable environments as you try to reach safe havens where you hope and pray that the hounds of prejudice and hatred will lose your scent at least for a fleeting moment,” said Harris. “But then I am reminded that like my forefathers I am still running through America. And although I am not physically running and escaping or being labeled as the term was used, a swamp nigger, I am emotionally still that same slave that only a short while ago knew of the dangers of being challenged as to where I hail from and where I am headed.”

Throughout his esteemed career, Harris has long incorporated protest music and social commentary into his music. Recently, Harris made national headlines with his riveting work Cross That River, which tells the unsung story of America’s black cowboys and sheds light on their oft-overlooked contribution in taming the American West. Cross That River was featured in the New York Times, on NPR’s Weekend Edition, and on CBS and NBC. Three songs from the project have since been licensed by the state of Oklahoma to teach about the Black West. With the release “Run Through America”, Harris continues his trajectory of elevating Black voices through the telling of vital Black stories.

“Run Through America” first debuted in July during one of Harris’ twice-weekly live stream concerts, which he has been presenting since mid-February on Youtube and Facebook Live. These virtual performances regularly attract thousands of fans and have become a staple in many music lovers’ homes every Tuesday night and Saturday afternoon. The response to “Run Through America” was so positive that he decided to release it as a single in anticipation of his upcoming album, Kate’s Soulfood. Produced by GRAMMY-winner Kamau Kenyatta (known for his work with Gregory Porter), Kate’s Soulfood features ten new Harris originals and is slated for a January 2021 release.

“Run Through America” will be available on all platforms on August 27, 2020

Preorder “Run Through America” on iTunes.