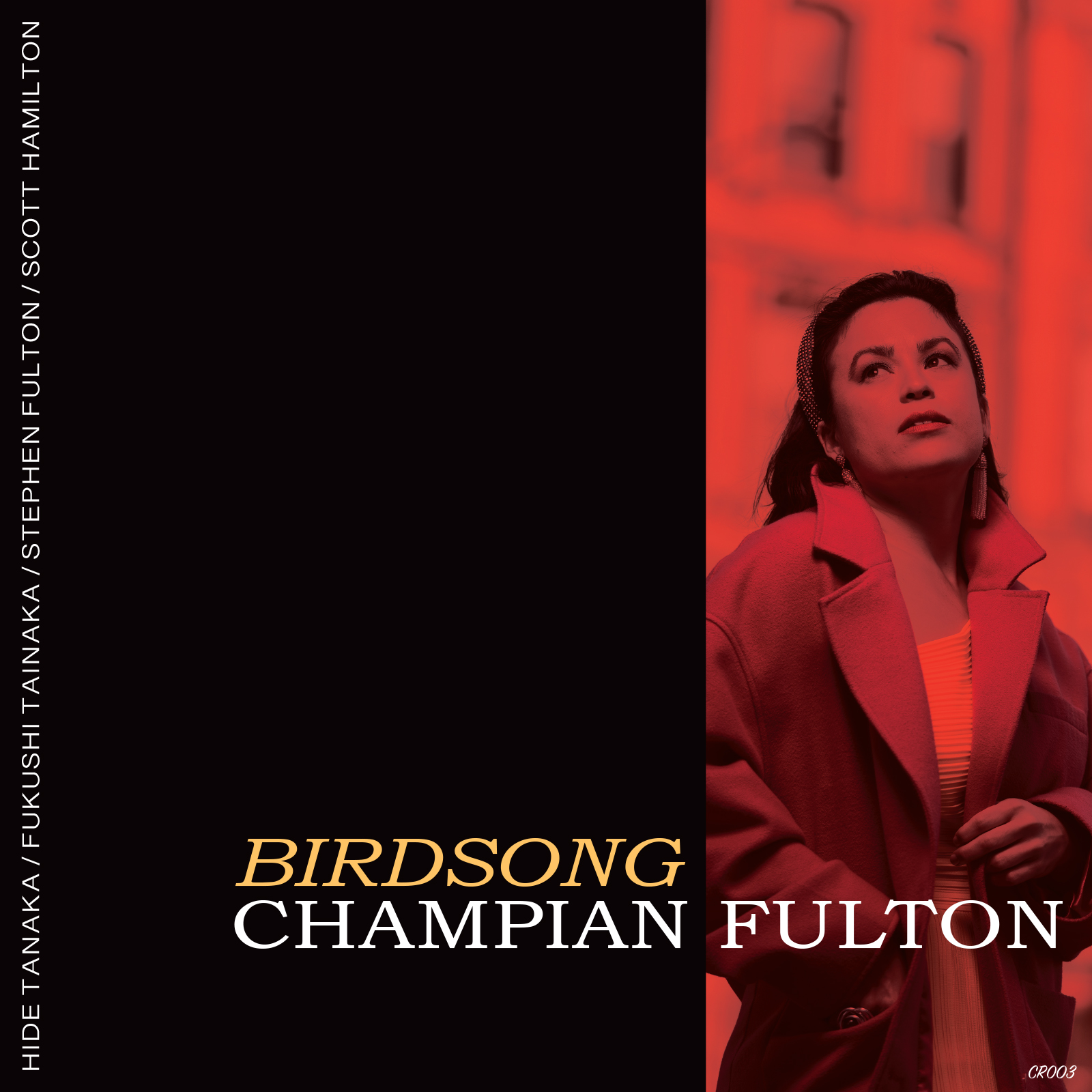 New York-based pianist and vocalist Champian Fulton is thrilled to announce the release of her highly-anticipated new album Birdsong. A celebration of Charlie Parker’s centennial, Birdsong features saxophone luminary Scott Hamilton along with Fulton’s long-standing quartet made up of bassist Hide Tanaka, drummer Fukushi Tainaka and her father, Stephen Fulton on flugelhorn. Birdsong will be available worldwide on August 28th, 2020, the day before Charlie Parker’s 100th birthday.

The music of Charlie Parker has played an integral part in Champian’s life since the very beginning. Before she was born, her father Stephen wanted to ensure she came into the world accompanied by “the most beautiful music there ever was.” For him, that was Charlie Parker with Strings, the sessions on which producer Norman Granz granted Bird’s longtime wish to record with an orchestra. Stephen made a cassette tape of the recording and played it consistently throughout his wife Susan’s pregnancy. That tape played when Champian was first brought into the world, and it was the first sound the future musician heard when she was placed into her mother’s arms.

As Champian grew as a musician and performer, so did her affinity for Bird and his music. She particularly felt a kinship with Parker due to their shared regional backgrounds (Champian hails from the southwest region of the United States: Norman, Oklahoma). “Jazz was once a regional music,” she says, “and I feel very connected to that southwest jazz tradition. That intangible something that has to do with a commitment to swing and an approach to the music that’s joyful, instinctual and at the same time intellectual.” This bright spirit shines through on Birdsong, which is arguably her most playful album yet.

Birdsong is Champian’s second collaboration with Scott Hamilton, and their first studio recording together. The duo first connected in 2017 for a live concert in Spain, which was recorded and released as The Things We Did Last Summer by Blau Records. The two hit it off, and continued to stay in touch. During the summer of 2019, Champian worked with Scott in the medieval Tuscan village of Certaldo, where the saxophonist has lived for over a decade, and made concrete plans to get Birdsong off the ground. The rest, as they say, is history.

Champian and Scott delved into the Bird songbook and eventually settled on eleven carefully chosen compositions written by and/or made famous by Charlie Parker. “I wanted to focus not only on his originals, but on his recordings that I consider to be some of the most beautiful songs ever recorded in the world,” said Champian, adding, “…these songs are classic Bird, with rangy and dramatic melodies, romantic lyrics and adventurous chord changes.” Album opener “Just Friends” serves as a brilliant introduction to Scott and the steadfast rhythm section, and is, according to Champian, one of their favorite songs to play. His best selling single, Bird often said that his recording of “Just Friends” was among his personal favorites. Other highlights include the melodic favorite “Yardbird Suite”, the trio treatment of “Quasimodo” (a contrafact of “Embraceable You” and Champian’s favorite Bird head), and a beautiful rendition of “This Is Always”.

Birdsong is a career milestone for Champian Fulton, who is deemed one of the brightest rising stars on the contemporary jazz scene. This is her 12th release, and comes on the heels of last years’ critically acclaimed duo album with Cory Weeds, Dream A Little (Cellar Live). She was recognized as a Rising Jazz Star Vocalist in the 67th Downbeat Magazine Critics Poll, and was awarded the 2019 Hot House Magazine & Jazzmobile NYC Readers Jazz Award for Vocalist and Pianist of the year. Her “galvanizing presence” (the New Yorker) and her alluring musical presentation has made her “a charming young steward of the mainstream Jazz tradition.” (The New York Times).

With Birdsong, Champian Fulton pays tribute to the mammoth musician who has played such an integral role in her life as an artist. In addition to that, she hopes to expose the music of Charlie Parker to new audiences and prove that even on the eve of his centennial, Bird truly is timeless.