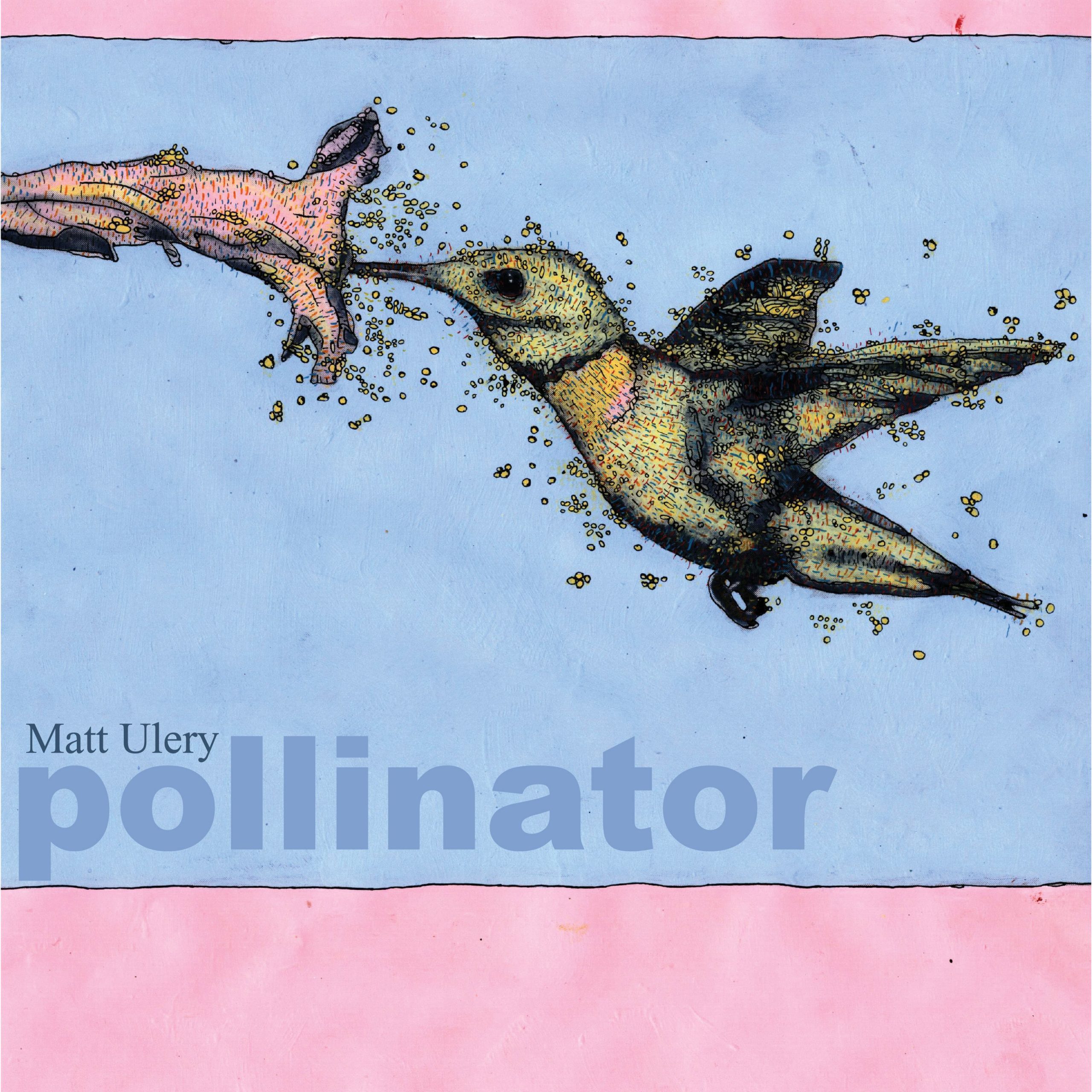 Matt Ulery to Release his Tenth Album, Pollinator – A Jazz Celebration in the Centennial of Swing,
Released in a New Era of ‘Prohibition’

To be released on August 4, 2020 via Woolgathering Records

Matt Ulery is excited to release his tenth album as a bandleader, Pollinator, an ebullient program of swing music celebrating the spirit of the roaring 20’s, 100 years later.  Ulery brings his stunning compositional prowess to this centennial homage, merging sophisticated composure with ensemble improvisation, making a bold statement about the vitality of this music going into its second century.  Harkening back to the instrumentation of the classic New Orleans brass bands of yesteryear, Ulery returns back to his first instrument, the sousaphone.  Ulery is joined by his sextet of diverse, prolific players including trumpeter James Davis, tenor saxophonist Dustin Laurenzi, trombonist Steve Duncan, pianist Paul Bedal, and drummer Quin Kirchner. Released on Ulery’s own Woolgathering Records, Pollinator will be available on all digital platforms, and as a CD and limited edition vinyl LP on August 4th, 2020.

Recalling the iconic sounds of King Oliver, Jelly Roll Morton, Lil Hardin, and Duke Ellington, Pollinator is abounding in the infectious grooves and spontaneous group improvisation which Ulery notes are two of the most exciting aspects of the jazz artform to have survived and flourished within the music over the course of the past 100 years.  The composer remarks, “With respect, we’d like to present this art project with joy, humor, and sincerity in celebration of the innovators that helped give birth to this revolutionary age of American art music.”

The remarkable performances captured on this recording is rivaled only by the sincerity of the compositions displayed on the album.  Ulery’s compositional style, known for its sweeping lyricism, unconventional phrase structures and expressionistic emotionalism sits perfectly in the context of a more traditional idiom.  Tracks such as the album’s opener, “Clown Drum” and “Jelly”  are filled with whimsy, excitement and dynamic interplay.  “Clown Drum”s remarkable melody line harmonization by trumpeter James Davis and tenor saxophonist Dustin Laurenzi is accented by harmonic interplay from trombonist Steve Duncan and pianist Paul Bedal, while the tight-knit rhythm section of Ulery and Kirchner propel the piece forward in full swing.  Davis and Laurenzi demonstrate their striking facility on their instruments with soulful improvisations.

The dazzling harmonic intrigue of “Jelly” provides a low-down, gritty exhilaration that one might’ve expected while walking into a downtown speakeasy in bygone days.  Davis, Laurenzi and Kirchner deliver fiery solos on this evocative piece.  Tracks such as “Feed” and “Clover” call to mind a slower, more sultry aspect of the music that one might hear in the period celebrated by this release.  “Feed” demonstrates a slower sophistication than some of the album’s other sonic outings.  Darker in timbre, the piece is reminiscent of a requiem, perhaps mourning the loss of many of the architects of the African American roots music, jazz and swing that spawned this album’s inception.  The album ends with a leisurely, crepuscular triple-meter piece, “Clover” which builds into a spirited group improvisation, further revealing the group’s cohesiveness and musical intuition.

Making the parallel between the infamous prohibition that set the tone for the 1920’s jazz age, and the restrictive nature of our pandemic-inflicted reality that has marked the beginning of the 2020’s, Ulery notes “We didn’t expect to be releasing this record in such an extreme time of prohibition but we’d like to invite you to put this album on, move to it, let some light in, and feel free and good.”

Check out Woolgathering Records on Bandcamp

Chicago based bassist/composer and bandleader, Matt Ulery, has developed an instantly recognizable sound.  Known for his sweeping lyricism, unconventional phrase structures, expressionistic emotionalism, Ulery’s music, from small, diverse chamber ensembles to full orchestras, is informed by the entire spectrum of jazz, classical, rock, pop, and folk– specifically American, South American, Balkan, and other European folk styles. He has been performing for 25 years on upright, electric, and brass basses.  For a decade, Ulery has been the leader of his own groups and frequent collaborator.  He has produced and released 10 albums of all original music under his name including three recent releases of critical acclaim, “By a Little Light,” “Wake an Echo,” and “In the Ivory,” on Dave Douglas’s Greenleaf Music record label between 2012-2014 along with his latest, “Festival” (2016), “Sifting Stars,” (2018) and “Delicate Charms” (2019)  on his own label, Woolgathering Records. Ulery was recently featured in Newcity’s Music 45.

Woolgathering Records, the independent label and direct-to-artist web store under the direction of bassist/composer Matt Ulery. Founded in 2016, the sound of Woolgathering Records are deeply rooted in jazz, post-jazz, and modern chamber and orchestral music with a heavy focus on thoughtfully crafted composition and improvisation, often not afraid to be beautiful or serious. To date, Woolgathering has released nine full-length albums including Ulery’s Festival (2016), Sifting Stars (2018), Delicate Charms (2019) and, with Zach Brock and Jon Deitemyer, Wonderment (2019), pianist Rob Clearfield’s solo Wherever You’re Starting From (2018), Russ Johnson’s Headlands (2018), Tim Haldeman’s Open Water As a Child (2018), and Leslie Beukelman’s acclaimed Golden Daffodil, which released this Spring.