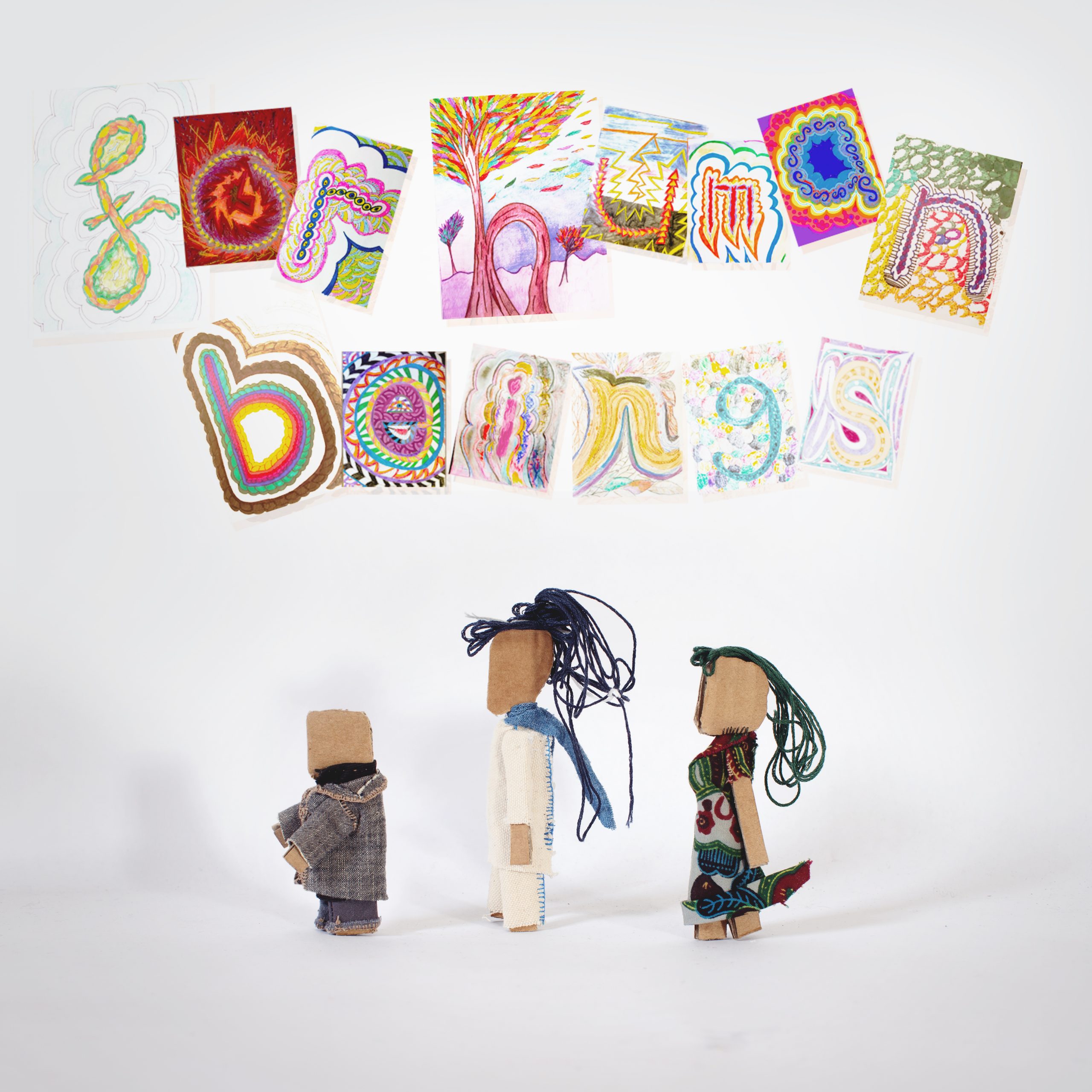 Sweden-native, New York City-based flutist and composer Elsa Nilsson is proud to debut her new collaborative group South by North East (SXNE) with the May 15th release of for human beings. On this five-piece improvised suite, Nilsson is joined by Bam Bam Rodríguez on bass and Rodrigo Recabarren on drums. Recorded on January 24, 2020,  for human beings has since taken on a whole new perspective as a result of the global COVID-19 pandemic. The video for a clip from the track “Forward” will be released on May 12th. To mark the release day, SXNE are inviting fans to join a Zoom meeting with them – at 1pm (EST) on May 15th, the attendees will join the band in each colouring a letter while listening through the album. You can register in advance for this meeting here.

Upon returning to these recordings amidst the early days of isolation, this trio found glimpses of solace and comfort. With each playback, these three musicians were struck with new thoughts, emotions and felt a multitude of fresh, creative doors opening. As many people are now faced with unprecedented space in their day, Elsa, Bam and Rodrigo want to share each of their creative spaces with their audience – a space to be whatever one needs to be; To sit in stillness, or in turmoil. SXNE invites listeners to join them in making something together – Bam is making stop motion animations and doing daily live streams of music to breathe, write, meditate, read and feel. Elsa is creating mandalas for fans to color that when combined, will build the words of the Rumi poem referenced in the track titles. Rodrigo is transcribing and building music around rhythms of important speeches and making life beautiful for his wife and son.

for human beings follows the February 2020 release of Hindsight, Elsa Nilsson’s third album as a leader, a recording on which – according to Hot House Magazine – “Elsa imbues resonating, percussive lines with profound emotional responses to personal experiences and global issues.” On for human beings, the flutist and composer’s combined passion for music, protest and justice is evident once again. Living in New York City, each of these musicians are particularly exposed to the sheer juxtaposition that has presented itself – the contrast between a prior life in a loud, fast and stressful city to one that has come to a frighteningly sudden and unexpected halt.

“We used to live in a world where just being is boring, and arrived at one where “just” being became overwhelming. That idea is what we want to represent with this music.” -Bam Rodriguez

Each composition on this five-track journey moves in many directions, just like many listeners might now find themselves exploring new places, emotionally and mentally, during isolation. “Every day contains so much space.” As Elsa continues to reflect, “when we recorded this, there was no way we could have known where it would go. These tracks lay waiting for weeks untouched after recording because we were busy. Life was moving fast. And then suddenly it slammed to a stop. The loss is overwhelming – both the loss of our heroes, friends and loved ones, and the loss of the lives we knew.”

This music then returned to Rodrigo, Elsa and Bam in the midst of the global pandemic. In it, they heard all the thoughts, wearies and emotions they were now experiencing – the fear and anger, the deafening silence of the empty streets of New York. But also the space to move within – to take the time to have those long conversations with oneself that used to be hard to find time for; To sit in stillness and confront their thoughts, their fears, their dreams, the realities of what they actually want out of life.

Keep walking, though there is no place to get to.
Don’t try to see through the distances.
That’s not for human beings. Move within,
but don’t move in the way fear makes you move.
-Rumi

Rumi’s poem, Keep Walking inspired the titles for each of the five improvised pieces on this recording:

Swedish/American Flutist, composer and activist Elsa Nilsson has been making music in New York City since 2010. Nilsson is the winner of the National Flute Association 2018 Jazz flute competition and has released three albums as a leader. Nilsson has performed with Robert Dick, Jamie Baum, Jonathan Blake, Sebastian Noelle, Dawn Clement, Jovino Santos Neto and more. Notable performances as a band leader include Blue Note Jazz Club, The 55 Bar, Cornelia Street Cafe, Nefertiti Jazz Club and Aarhus Jazz Festival. She is the founder of Lattice Concert Series, providing daily online concerts to support humanity and community during Covid isolation, the program coordinator for the women in Jazz organizations mentorship program and works with Sierra club to provide outdoor experiences for veterans.

Bam Bam Rodríguez is an award winning bassist and composer, educator and social activist. He has performed with the likes of Arturo O’Farrill, Chucho Valdés, Paquito de Rivera, Deepak Chopra, to name a few, on stages all over the world, including Carnegie Hall, The Barbican, North Sea Jazz Festival, Kennedy Center, Lincoln Center, Blue Note. Parellelly, Bam is the founder and director of We Are Starting a School, a free educational program that pairs up students from disadvantaged places in the world with teaching artists based in NYC to receive free music lessons.

Born in Santiago de Chile, Rodrigo Recabarren has been living in NYC since 2009. He has worked with artists as Guillermo Klein, Brad Shepik, Melissa Aldana, Camila Meza, Claudia Acuña, Rafal Sarnecki and Andre Carvallo among many others. He has performed in Europe, the United States, Asia and Latin-America in prestigious venues like the Blue Note, 55 bar, Smalls and Jazz at Lincoln Center, among many others. He is the founder of Tresillo music School in Santiago de Chile and has produced dozens of albums and tours around the world.