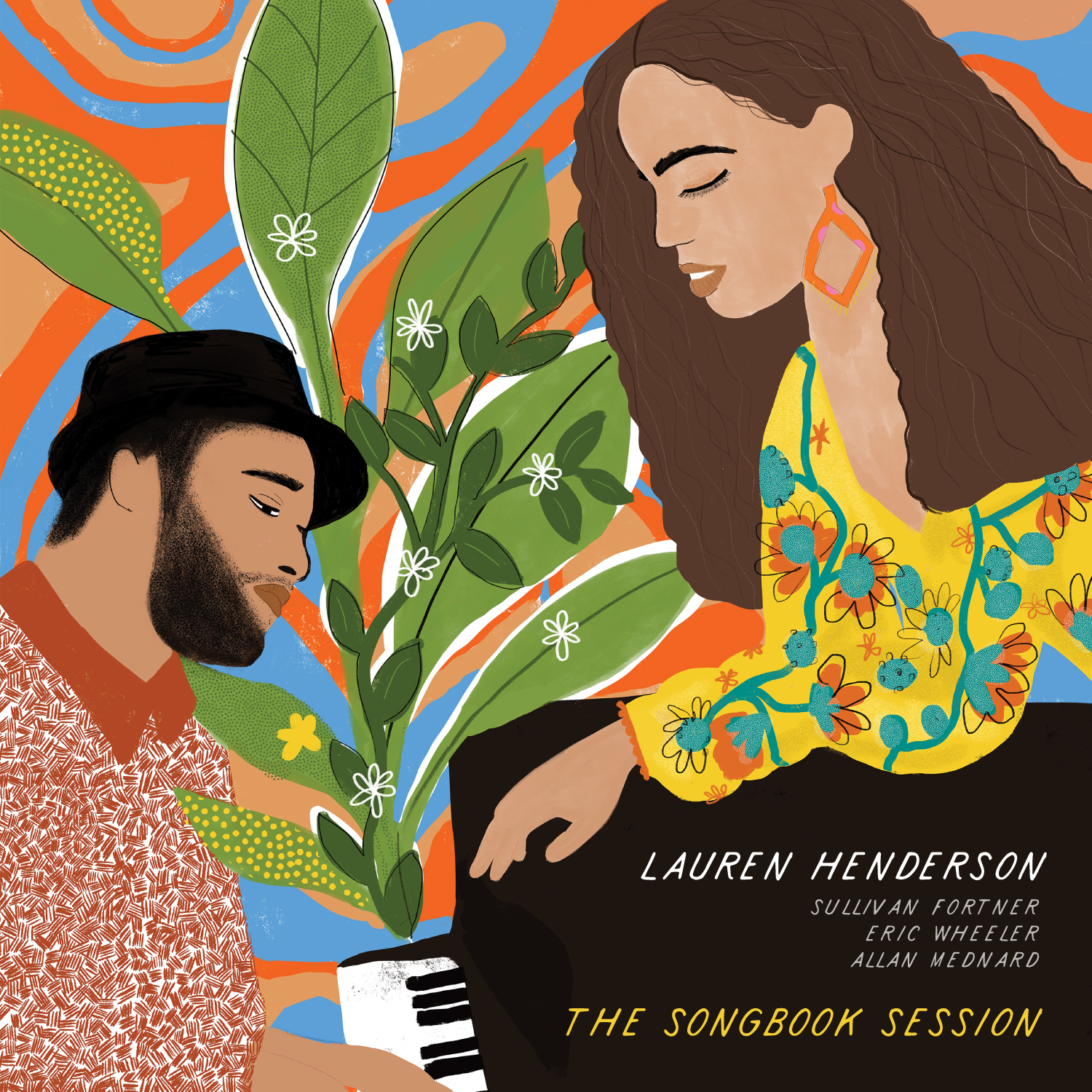 Vocalist, arranger and musical impresario Lauren Henderson is proud to announce the April 24th release of her new album – and sixth musical alliance with pianist Sullivan Fortner – The Songbook Session. A collection of jazz and Latin jazz standards, this self-produced record paints a story that reflects Henderson’s vast cultural influences – on The Songbook Session, Henderson uncovers the layers of her diverse background in English, Spanish and Portuguese. With the release of this nine-track collection, Henderson and Fortner – a revered duo with over a decade of musical collaboration – continue to mature and develop their collective and respective voices with bassist Eric Wheeler, long time collaborator of Henderson’s and Allan Mednard, an expressive and inventive drummer and percussionist. Each of the reimagined arrangements of these classic gems – including “Day By Day”, “Sabor A Mi”, “People Will Say We’re in Love” and “Besame Mucho” – are courtesy of Henderson and Fortner.

The Songbook Session begins with a bright-tempoed exploration of the classic “Beautiful Love”.  Stunning improvisation by celebrated bassist Eric Wheeler and pianist Sullivan Fortner gives way to Henderson’s warm, expressive voice.  Moving onward to the second track, we get to the heart of this inspired release with a stellarly entrancing arrangement of “Besame Mucho” beginning with a vocal and drum duo.  Henderson flows from singing in English to Spanish and Portuguese with a remarkable ease, drawing from this array of cultural influences to create a unified, impassioned sound.  Henderson’s expressive delivery of this Consuelo Velázquez classic is rivaled only by the incredible interplay of the ensemble as a whole.

Lending her sultry voice to the songbook classic “People Will Say We’re in Love”, this jubilant arrangement reflects Henderson’s fascination with the songbook classics of yesteryear, and demonstrates her aptitude at interpreting such landmark compositions.   Henderson draws audiences in the thoughtful musings of her rendition of the classic jazz standard “Tenderly”.  The vocalist noted “I selected “Tenderly” because I grew up listening to Billie Holiday’s rendition with my father.  I’ve always tried to incorporate my cultures into my music. I was inspired to write my own lyrics in Spanish to tie it together.”  The ensemble shines on the album’s concluding track, “While We’re Young”.  Fortner’s beautiful melodic invention adorns the velvety vocal stylings of Henderson and expertly builds the dynamic level of the ensemble.

In her endearing live and recorded performances, Henderson’s Panamanian, Montserratian, and vast Caribbean roots interplay with her North American upbringing – her eclectic vocal influences spread across genres producing a distinct yet versatile sound. Jazz, Latin jazz, flamenco, folk and classical roots aid in an exploration of culture, society, race relations and the various complexities of life. Recently featured in the Financial Times, breaking the Jazz Charts – Top 25, and the Year End Jazz Week Top 100 for 2018 and 2019, Lauren’s music resonates with listeners in the US and abroad. In reviewing her recent performance at the Blue Note, The New York Times‘ described her voice as “somewhere between a comforting whisper and a cogent declaration”.

Henderson met Sullivan Fortner weeks after graduating with her Bachelor of Arts and moving to New York.  Their long friendship has aided in their professional relationship and ease of musical expression. With hundreds of performance experiences together, and six released recordings including The Songbook Session, Henderson and Fortner have a strong bond that enables them to write, arrange, produce and perform in an impactful way. “I’ve been fortunate enough to work with Sullivan on stage and in the studio for almost a decade,” says Henderson, adding, “his wisdom and guidance has always been essential to my growth and creative freedom.  Besides being someone who I respect and admire musically, he has continued to be one of my best friends and I consider him family.”