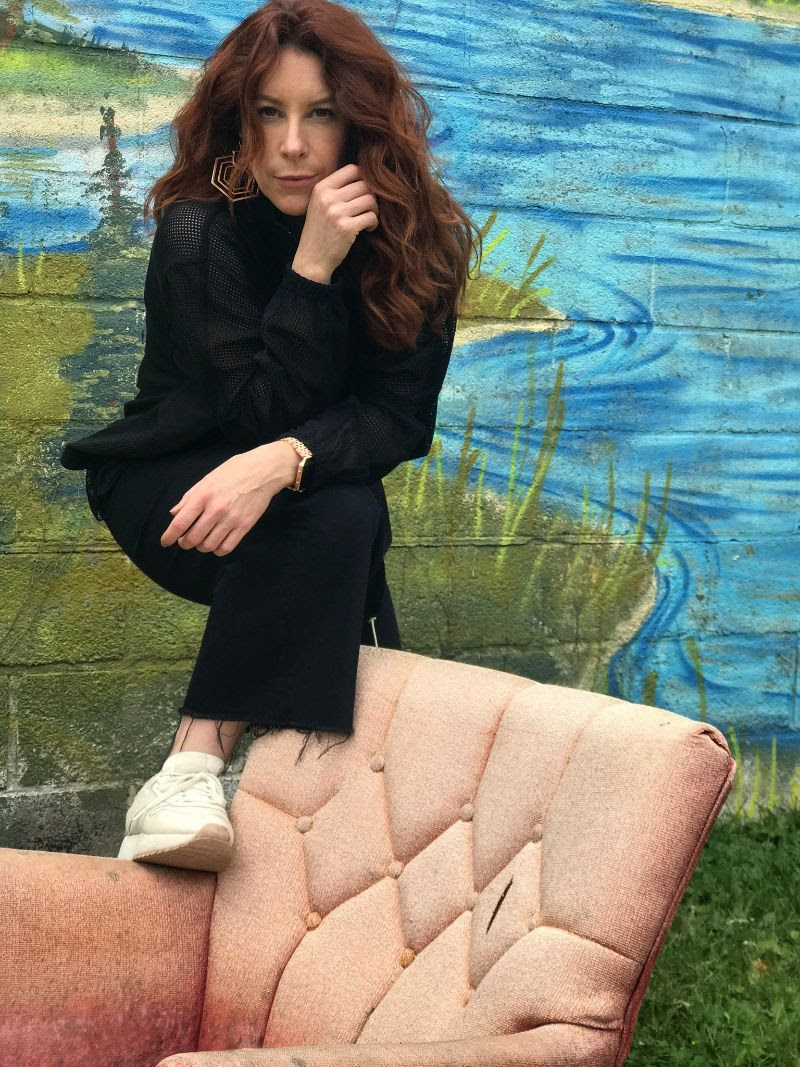 Alterations is jazz vocalist/composer Robin McKelle’s follow-up to her 2018 Melodic Canvas which we covered on these pages. While that was mostly an album of originals, McKelle chooses here to, as she says, “fuse jazz, soul, r&b, blues and rock while keeping continuity in the music.” These are mostly familiar songs from some of the most celebrated women in song interpreted through a jazz lens. They include Dolly Parton, Sade, Amy Winehouse, Adele, Janis Joplin, Carole king, Billie Holiday, Joni Mitchell, and Land Del Ray. For good measure, McKelle adds just one of her own, in tribute to female artistry.

As with the previous album, keyboardist Shedrick Mitchell is responsible for the arrangements. And, again he recruited a top notch band including bassist Richie Goods, drummer Charles Haynes, guitarist Nir Felder, and tenor saxophonist Keith Loftis and  trumpeter Marquis Hill, each of whom play on just one selection. The band played loosely as most of these vocal takes were done live with them.  Obviously, it’s quite a diverse range of material that traverses wide emotional territory. McKelle puts on her own stamp on each one, saying “alteration is all..when you create change, you create space for something to shift in the world and in yourself. As an artist. And as a human. And that is a change for the good.”

She begins with Amy Winehouse’s “Back to Black,” taking into a whole different realm, propelled by   A gentle Latin rhythm. drives this track forward; Mckelle’s voice soars over Mitchell’s masterful accompaniment.  She then has a  soulful take on Adele’s “Rolling in the Deep”, with  the band exploring the reflective lyrics with a wonderful, moody reharmonization.  Guitarist Nir Felder takes a stellar solo over these changes. The album proceeds with McKelle’s original composition “Head High”, the artist’s tribute to the female singers and writers who came before her. “It’s about the power that the female singer has. To move people with her lyric and song. To be fearless. To touch people’s emotions. To make change” notes McKelle.  This is the one that features  saxophonist Keith Loftis.

Covering a Billie Holiday tune is almost a requisite  in an album of women of song and McKelle chooses one of Billie’s best with “Don’t Explain,” one covered by the very best vocalists that McKelle still manages to transform somehow. She then moves to Lana Del Rey’s “Born to Die,” giving acclaimed trumpeter Marquis Hill a solo spot. Her spirited, bluesy rendition of Dolly Parton’s classic “Jolene,” makes it almost unrecognizable, putting the lyrics in a  decidedly different context than the original 1974 release by Parton which earned her a GRAMMY® for Best Female Country Vocal Performance.

“No Ordinary Love,” the first single from the project, is McKelle’s rendition of Sade’s classic R&B composition.  Again there’s a Latin arrangement and Felder steps forward with his signature guitar licks.  She challenges herself with Joni Mitchell’s most covered song “River” and somehow makes it triumphant rather than the melancholic original. Perhaps the most “out-of-left-field” selection here is Joplin’s “Mercedes Benz,” a vehicle for Felder’s axe and Mitchell’s organ. She does retain the warmth and strength of Carole King’s classic “You’ve Got a Friend,”  as she and Mitchell deliver it as piano-vocal duet.

The fearless McKelle proves again to be a creative force, whether with her own material or transforming some classic and unlikely choices. She is clearly  in the top tier of today’s vocalists.