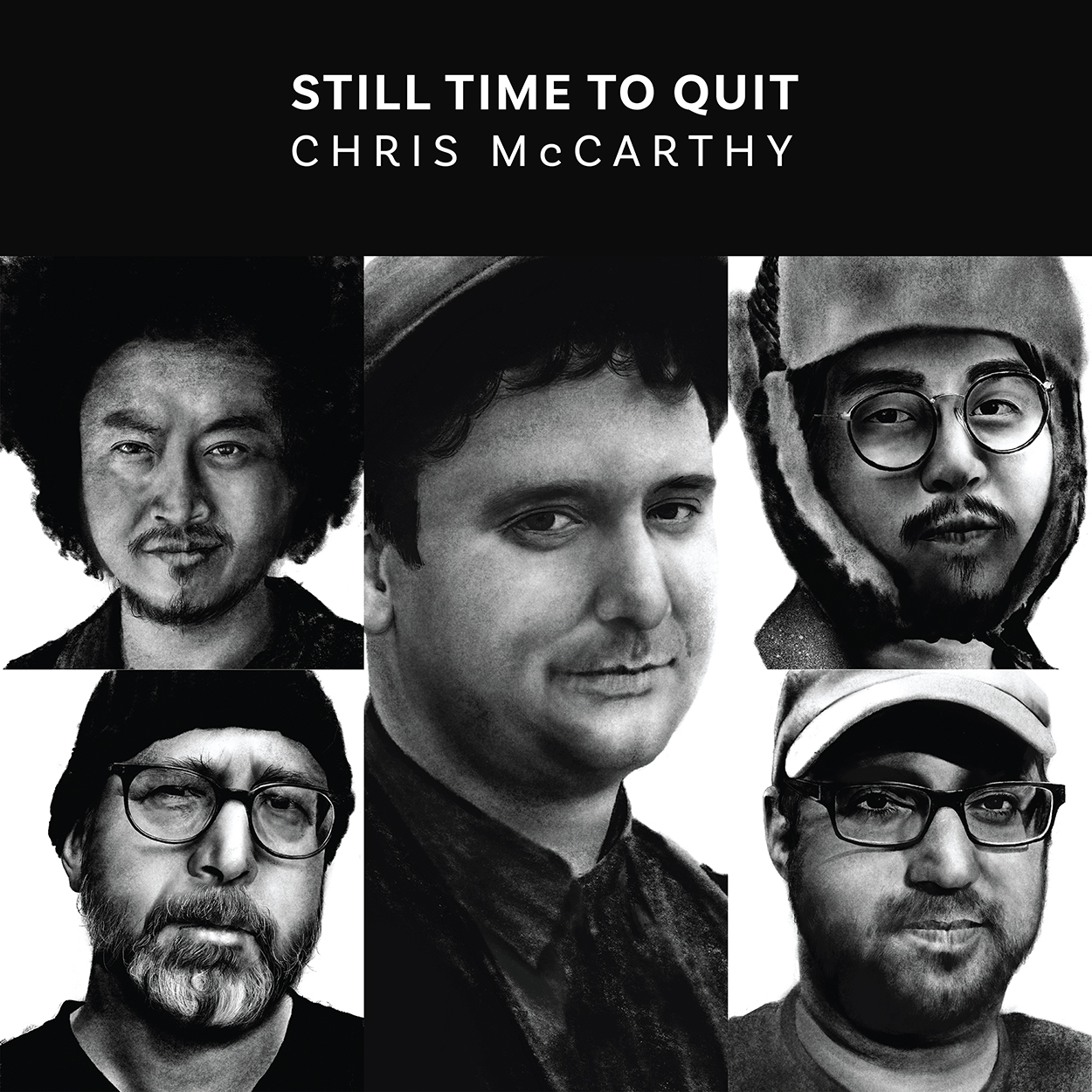 Chris McCarthy, noted as “one of the most impressive and original pianists on the New York jazz scene” by Hot House Jazz Magazine, is thrilled to announce the release of his Ropeadope debut, Still Time To Quit, out April 3rd. With this album, McCarthy steps into the foreground as a singular composer and bandleader after establishing himself as a first-call sideman for many. McCarthy’s band of world class improvisers includes trumpeter Takuya Kuroda, saxophonist Michael Blake, bassist Sam Minaie and drummer Jongkuk Kim. The release of Still Time To Quit will be celebrated at Rockwood Music Hall, Stage 2 on April 2nd in New York City.

An in-demand sideman, Chris McCarthy can be heard on a multitude of recent gems. He backed renowned trumpeter Jason Palmer on his release At Wally’s Vol. 1, Sasha Berliner on her acclaimed new album Azalea, and two releases for Ropeadope: Jared Sims’ The New York Sessions and Akinola Sennon’s Cousoumeh. On stage, McCarthy can be found in duet with vocalist Clotilde Rullaud, playing with acclaimed bandleaders Jerry Bergonzi, Ben Allison, and Dan Blake, and accompanying fast-rising peers Tony Glausi and Vanisha Gould.

While McCarthy is the bandleader and all the compositions are his, Still Time To Quit is a group effort by design, featuring the same band on all 8 tracks. Takuya Kuroda is a fast rising star with two critically acclaimed albums to his name: Rising Son and Zigzagger. Michael Blake has been an enduring presence on the New York scene for over 30 years having played with everyone from Charlie Hunter to Oliver Lake. “Their strong character on every solo and almost telepathic communication with each other is a highlight of the record to me” said McCarthy. The rhythm section is rounded out by stalwart bassist Sam Minaie (Tigran Hamasyan, Melody Gardot) and McCarthy’s long-time associate Jongkuk (JK) Kim, who is appearing on new releases left and right. According to McCarthy, “they are a uniquely groovy yet free-spirited rhythm section, always bringing the funk in tandem with adventure.” The band’s natural chemistry is readily apparent after just one listen.

Album highlights include “Ready Steady Here You Go” which feature incredibly high energy solos from Kuroda and Blake and an infectious go-go funk groove; “Valedictorian Driver,” which is a reimagining of rapper Noname’s “Diddy Bop”; and “That’s All You Get”, a whirlwind of off-axis uptempo swing (and indeed, the only swing tune you get).

The tongue in cheek album title comes from the idea that no matter what level of success one reaches as a musician, there will always be people saying a sustainable career in music is impossible. To McCarthy, there’s always “still time to quit” music, but there’s also time to fulfill one’s creative and professional dreams and goals. With this shining debut for Ropeadope, McCarthy’s is beginning to achieve those goals.