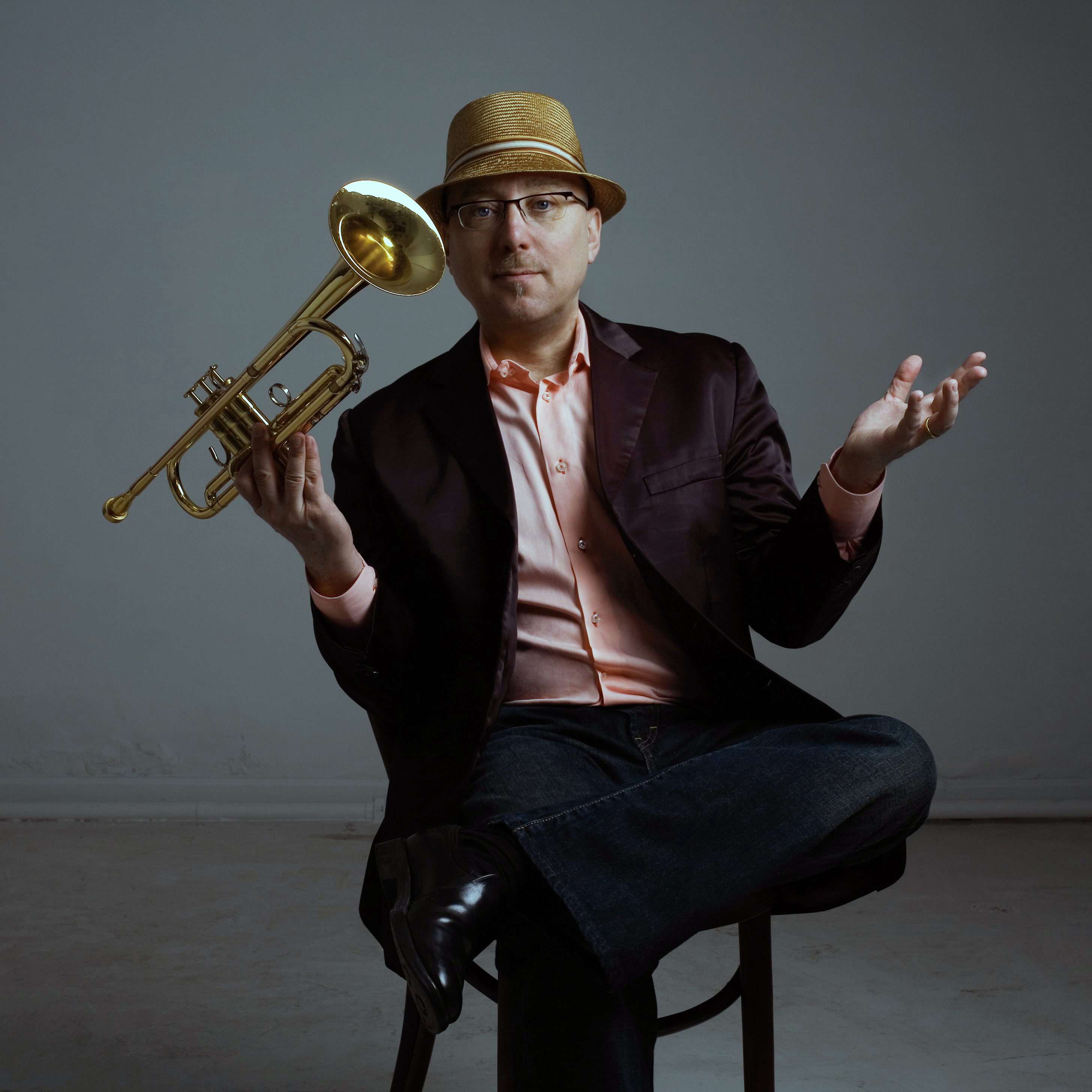 South Florida has a hometown hero to root for when the Grammys are awarded on Jan 26. The latest work by trumpeter, composer and educator Brian Lynch – “The Omni-American Book Club: My Journey Through Literature in Music” – has received a couple of nominations.

The big band project is under consideration for “Best Large Jazz Ensemble Album,” and one of the nine songs written for it by Lynch, “Crucible for Crisis,” is a contender for “Best Instrumental Composition.”

This isn’t the first Grammy experience for Lynch, who serves as studio instructor of jazz trumpet at the University of Miami’s Frost School of Music. He has now been nominated five times and won once: in 2007, when “Simpatico,” by the Brian Lynch/Eddie Palmieri Project, was named “Best Latin Jazz Album.”

The Miami resident recognizes that what he plays may go by different names, such as jazz or salsa or rhumba or funk, but he understands it as Afro-diasporic.

“To me, it’s all the same music,” he said. “This is music of the new world, and it’s built of this phenomenon of slavery and culture brought captive, unintended consequences of the most incredible sort.”

The idea of that mix is explored in the book from which the album gets its title, Albert Murray’s classic 1970 collection of essays, “The Omni-Americans.” Murray described U.S. culture as a hybrid creation of the many types of people who make up this country.

“American culture, even in its most rigidly segregated precincts, is patently and irrevocably composite,” he wrote. “It is, regardless of all the hysterical protestations of those who would have it otherwise, incontestably mulatto.”

Lynch read it as a teenager. “I’m not sure where I had heard of this work, still fairly new at the time,” he wrote in the album’s liner notes, “but at the time I was devouring everything I could about what was behind the music that I was in the process of pledging myself to.

“Murray’s book, along with other volumes such as “The Autobiography of Malcolm X” and Ralph Ellison’s “Invisible Man” ‘pulled my coat’ to both what America was and what it could be.”

Through the years, Lynch’s reading and music studies have supported each other.

“My teachers doubly impressed on me something that I think I had known already: that jazz is a cultural art form.

You can’t play this music without literally seeking to understand the people who made it and the culture that made it,” he said.

Murray’s work was foundational for Lynch. “Kind of in a way I didn’t feel like I had much of a cultural location for myself, until I became aware of these things: ‘Oh, this is what it means to be an American,’” he said.

In addition to Amiri Baraka and A.B. Spellman, who have written about music, other authors whom Lynch salutes on the album include activist writers Naomi Klein and Masha Gessen, novelist Chinua Achebe, social critic Ta-Nehisi Coates, and historian David Levering Lewis.

Along with paying tribute to some of his favorite authors, his first big-band project gave Lynch an opportunity to work with some of his favorite musicians. Longtime colleagues such as saxophonists Donald Harrison and Jim Snidero, drummer and UM professor Dafnis Prieto and flutist Orlando “Maraca” Valle joined esteemed musicians such as violinist Regina Carter and National Endowment for the Arts Jazz Master saxophonist David Liebman to bring Lynch’s music to life.

“Music is also about community and family,” he said. “And I love to document my musical families and friendships.”

The 62nd annual Grammy Awards ceremony takes place Jan. 26 in Los Angeles. It will be televised at 8 p.m. on WFOR-Ch. 4.