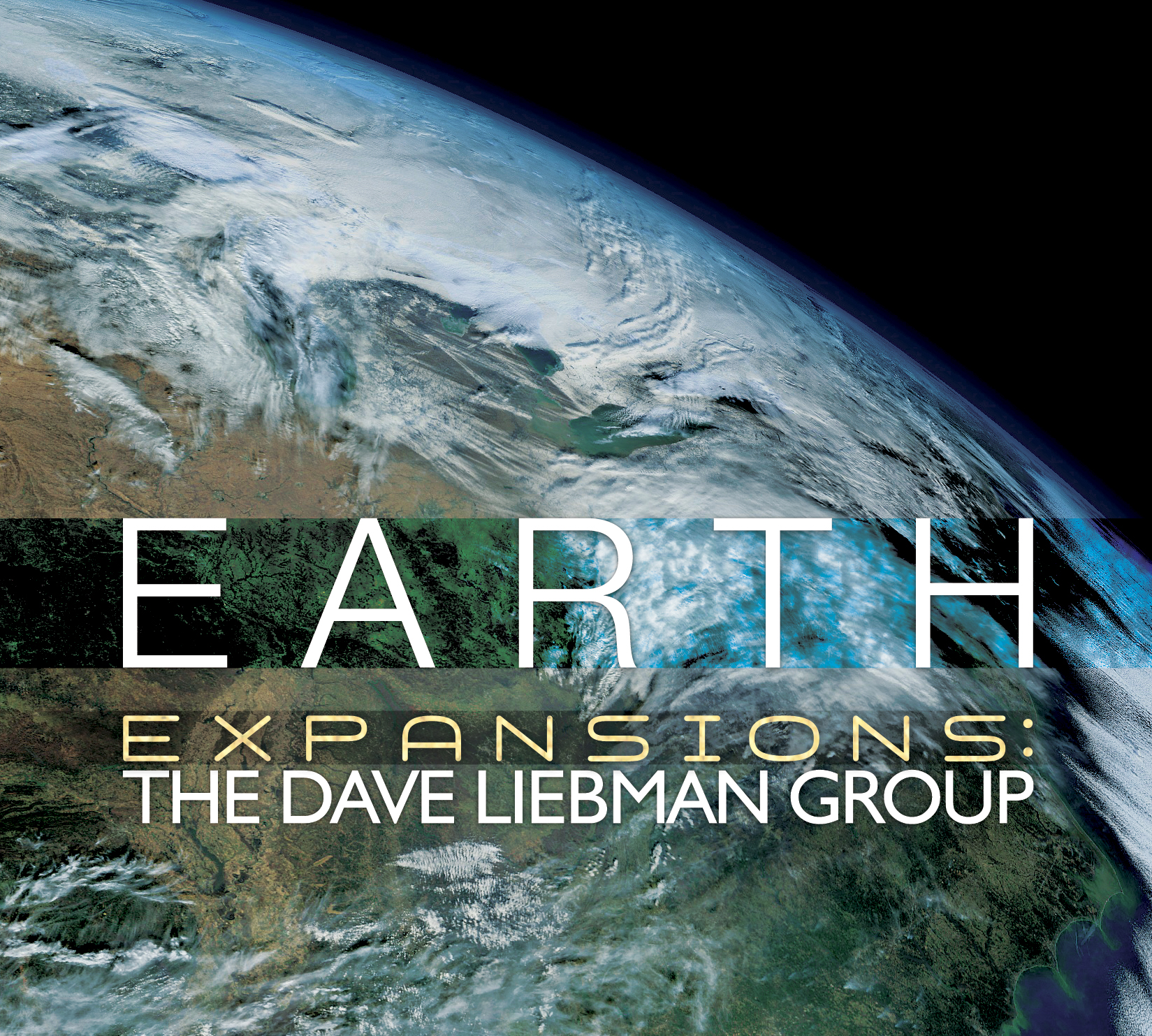 NEA Jazz Master Dave Liebman Announces the Release of Earth, due out 2/7 on Whaling City Sound
featuring his group EXPANSIONS

Whaling City Sound is pleased to present Earth, the latest release from world-renowned saxophonist and composer Dave Liebman, out February 7.  Thematically, Earth is Dave Liebman’s plea for the planet.  The album makes strong statements about humankind, the Earth as a living entity, and our coalescence with that entity.  On this release, Liebman is accompanied by the young luminaries and jazz veterans who make up his newest ensemble, Expansions, formed in 2013.  The group includes Bobby Avey on piano, Matt Vashlishan on reeds, Alex Ritz on drums along with the perennial Tony Marino on bass. Liebman will be celebrating the release of Earth at Dizzy’s Club at Jazz at Lincoln Center on February 28 through March 1.

Earth will be the culmination of Liebman’s decades-long elements series- the final album in the iconic artist’s career-spanning 4-album opus which seeks to interpret the four elements in a musical context.  “In the late 1990s,” recollects Liebman, “I embarked on a project to musically depict manifestations of the four natural elements. In 1997 I recorded Water with Pat Metheny, Billy Hart and Cecil McBee; in 2006 I did Air with the late genius engineer, Walter Quintus; fast forward to 2016 for Fire featuring Kenny Werner, Jack DeJohnette and Dave Holland; finally, with my present group Expansions, I conclude the series with ‘Earth’.”

The nearly five-hundred compositions that make up Liebman’s musical canon were mostly conceived with the meaning of the piece coming first, before the composer delved into the intricacies of songwriting.  The process for composing ‘‘Earth’ was no different. In this case, Liebman tasked himself with interpreting the dizzying infinitude of our planet into a musical medium. The composer had the idea to compose each track using a method that he refers to as interval selection.  Thusly, each track on this release was composed with a specific musical interval in mind. Liebman explains, “Each composition has a specific intervallic element. For example, “Concrete Jungle” features the intervals of fourths and fifths, suggesting a city landscape; while “Sahara” incorporates major and minor seconds representing the heat and sun of the desert… This recording centers around the atmosphere created when intervals are played expressively with a melodic contour.”

The release begins with the first track “Earth Theme”–  an ethereal soundscape is created by the keyboard and wind synthesizers and Liebman enters, conjuring a primordial energy with his uncompromising melodic invention.  Rich musicality and a passionate fervor are eschewed from Liebman’s horn from the very first track. Liebman notes that this track represents “the foundation of the planet, our home, and the universal root of all beings.”  The next track, “Sahara”, was inspired by the composer’s trip to the Western Sahara in Mauritania some years ago.  Liebman notes “The desert landscape is unique in its bleakness, but powerful in its consistency.”  The ensemble achieves the musical characterization of the Sahara and its bleak, vast solitude with Liebman’s stunning compositional tactics and a masterful performance by the ensemble.

Major and minor sixths cascade down like the spewing of rocks and lava in “Volcano/Avalanche” which represents the Earth expelling its contents from the gut of the planet.  The ensemble perform with a power and intensity only rivaled by that of the Earth.  Liebman’s solo on this composition feels to the listener like a release, apropos to the title of the track.  Alex Ritz is particularly explosive on the drums during this track, with Bobby Avey providing otherworldly improvisation and accompaniment using synthesized sound.  This track brilliantly depicts a theme of this album, a concordance of acoustic and electronic performance in depiction of a world where the organic and the technological must coexist.  Liebman writes “This recording celebrating different aspects of our planet relies heavily on colors emanating from various digital and sound source equipment used by the keyboard and wind synthesizer. For me on the soprano sax, I am the lone acoustic instrument juxtaposing the old and the new (with the drums in the same zone). Melody and harmony play a lesser role in this kind of music…texture rules.”

NEA Jazz Master (2011) David Liebman’s career has spanned nearly five decades, beginning in the early 1970s as the saxophone/flautist in both the Elvin Jones and Miles Davis Groups, continuing as a bandleader since. He has played on over five hundred recordings with nearly two hundred under his leadership and co-leadership. In jazz education he is a renowned lecturer and author of several milestone books: Self Portrait Of A Jazz Artist, A Chromatic Approach To Jazz Harmony And Melody,  Developing A Personal Saxophone Sound (translated into multiple languages), in addition to teaching DVDs, journalistic contributions to periodicals and published chamber music. Lieb‘s autobiography What It Is-The Life Of A Jazz Artist (Scarecrow Press) is a fascinating look into Lieb’s career. His bands over the years have included noted musicians such as John Scofield, Richie Beirach, Bob Moses, Billy Hart and others. The current group Expansions features some of the best of the younger generation.  Lieb is the Founder and Artistic Director of the International Association of Schools of Jazz (IASJ) existing since 1989, which is a worldwide network of schools from nearly 40 countries. Liebman’s awards, besides the National Endowment for the Arts Jazz Master honor include the Jazz Educators Network (JEN) Legends of Jazz (2013); the Order of Arts and Letters (France 2009); Jazz Journalist’s award for Soprano Saxophone (2007); GRAMMY nomination for Best Jazz Solo (1998); and Honorary Doctorate from the Sibelius Academy (Finland-1997).  He is currently teaching at the Manhattan School of Music, New York University, Princeton University and is a guest lecturer at Berklee College of Music. Dave has consistently placed in the top positions for Soprano Saxophone in the Downbeat, Jazz Times and JazzEd polls since 1973.