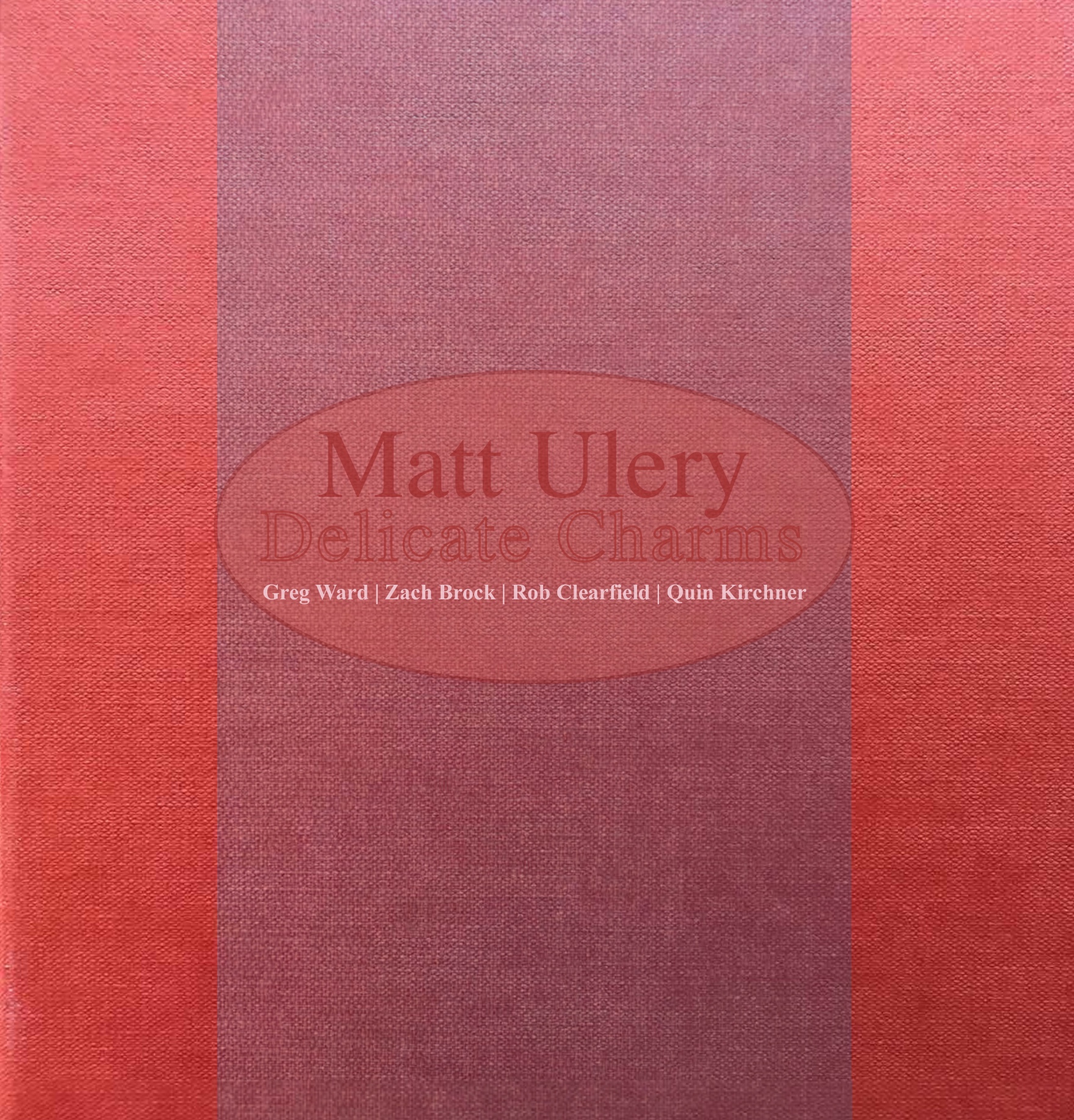 Bassist/Composer, Matt Ulery, restless with new compositional works and ensemble projects, is proud to announce the release of his ninth album as a bandleader on vinyl LP, CD, and digital release.  His new jazz quintet album, Delicate Charms, is fervent and spellbinding.  To be released on October 15th on Woolgathering Records, Delicate Charms perfectly captures the energy, dynamic nuance and sensitivity of the performers who grace each of the Ulery-penned tracks.  The album features Greg Ward on alto saxophone, Zach Brock on violin, Rob Clearfield on piano, Quin Kirchner on drums and Matt Ulery playing double bass on all tracks.  The ensemble will celebrate the release of Delicate Charms with two record release shows at the Chicago’s The Green Mill Jazz Club on November 1st and 2nd.  The unusual instrumentation of alto saxophone and violin paired with a traditional rhythm section comprised of piano, bass and drums produces wonderful opportunities to explore an array of fresh colors, textures and blends of melody.  The interaction between Ward’s alto saxophone and Brock’s violin creates a singular, unique tone when playing in unison and a warm density when playing contrapuntally.

The opportunity to perform with this unusual outfit was presented to Ulery upon being asked to bring a small group to perform a set at the Guimarães (Portugal) Jazz Festival, at which he was the artist/composer-in-residence, in November 2018.  The consummate double bassist and composer was so pleased with the outcome of the performance that the group, which he entitled ‘Delicate Charms’, flew to Chicago after the festival and recorded this release which bears the same name as the ensemble.  Band leader Ulery exclaims “A fan I am of these tenacious individuals I call close friends and collaborators. The sound and vibe of this project would be impossible without their unique, distinct musical expression.”

The first track on Delicate Charms is titled “Coping” – an almost entirely through-composed suite performed continuously in six parts.  This deeply emotive piece runs for over thirteen minutes and the dynamics and stellar interplay of the piece captivate the listener’s attention throughout.  The composer stated that he wrote “Coping” slowly over the course of a year, as health challenges afflicting close family members weighed heavily. This composition reminds us that while we all tackle complex emotions throughout our lives, we can seek solace in the creation and the enjoyment of art. “Tribulations and disarray in life are nothing new, but as artists, we might be lucky enough to have creative outlets, mostly abstract in instrumental music, to somehow project or direct these personal impressions” says the artist. “Reflecting on what came together in this time, I realized it was a process in patience, acceptance, and transition.”

“Mellisonant” is an exploration in density and melodic intrigue.  The track introduces the listener to the improvisational prowess of Greg Ward and Zach Brock as they trade soloing segments.  The sweet warmth of the track aptly reflects its title “mellisonant”, meaning ‘pleasing to the ear’. “The Air We Breath” demonstrates the rhythmic facility of the ensemble, and features stunning solos by Rob Clearfield and Greg Ward. The melancholy, reserved harmonies of “October” add a stately, third-stream charm to the albums assemblage of compositions.  Quin Kirchner accents Ulery’s melody with a masterful intensity and precision. The final track on the album “Nerve” features an almost meditative intro from Rob Clearfield, followed by soaring melodies from Ward and Brock.  This dynamic track features a delicate, and yet declarative solo by the bassist and bandleader, and builds to a climax featuring the full personnel locked into the harmony and the rhythmic jabs of this intense Ulery composition, a fitting finale for this exciting release.

Chicago based bassist/composer and bandleader, Matt Ulery, has developed an instantly recognizable sound.  Known for his sweeping lyricism, unconventional phrase structures, expressionistic emotionalism, Ulery’s music, from small, diverse chamber ensembles to full orchestras, is informed by the entire spectrum of jazz, classical, rock, pop, and folk– specifically American, South American, Balkan, and other European folk styles. He has been performing for 23 years on upright, electric, and brass basses.  For a decade, Ulery has been the leader of his own groups and frequent collaborator. He has produced and released eight albums of all original music under his name including three recent releases of critical acclaim, “By a Little Light,” “Wake an Echo,” and “In the Ivory,” on Dave Douglas’s Greenleaf Music record label between 2012-2014 along with his latest, “Festival (2016),” and “Sifting Stars (2018)” on his own label, Woolgathering Records.

When not touring parts of the U.S. and Europe, Matt is extremely active in the Chicago area music scenes and has performed with his own groups at prestigious venues such as Carnegie Hall, NYC Winter Jazz Festival, Chicago Orchestra Hall, Millennium Park Pritzker Pavillion, Chicago Cultural Center, The Krannert Center, Jazz Showcase, The Metro, Chicago Jazz Festival, Hyde Park Jazz Festival, Chicago World Music Festival, and countless other fine music listening rooms. In addition to performing, recording, and writing, Ulery is on faculty at Loyola University Chicago and gives masterclasses and clinics nationwide.