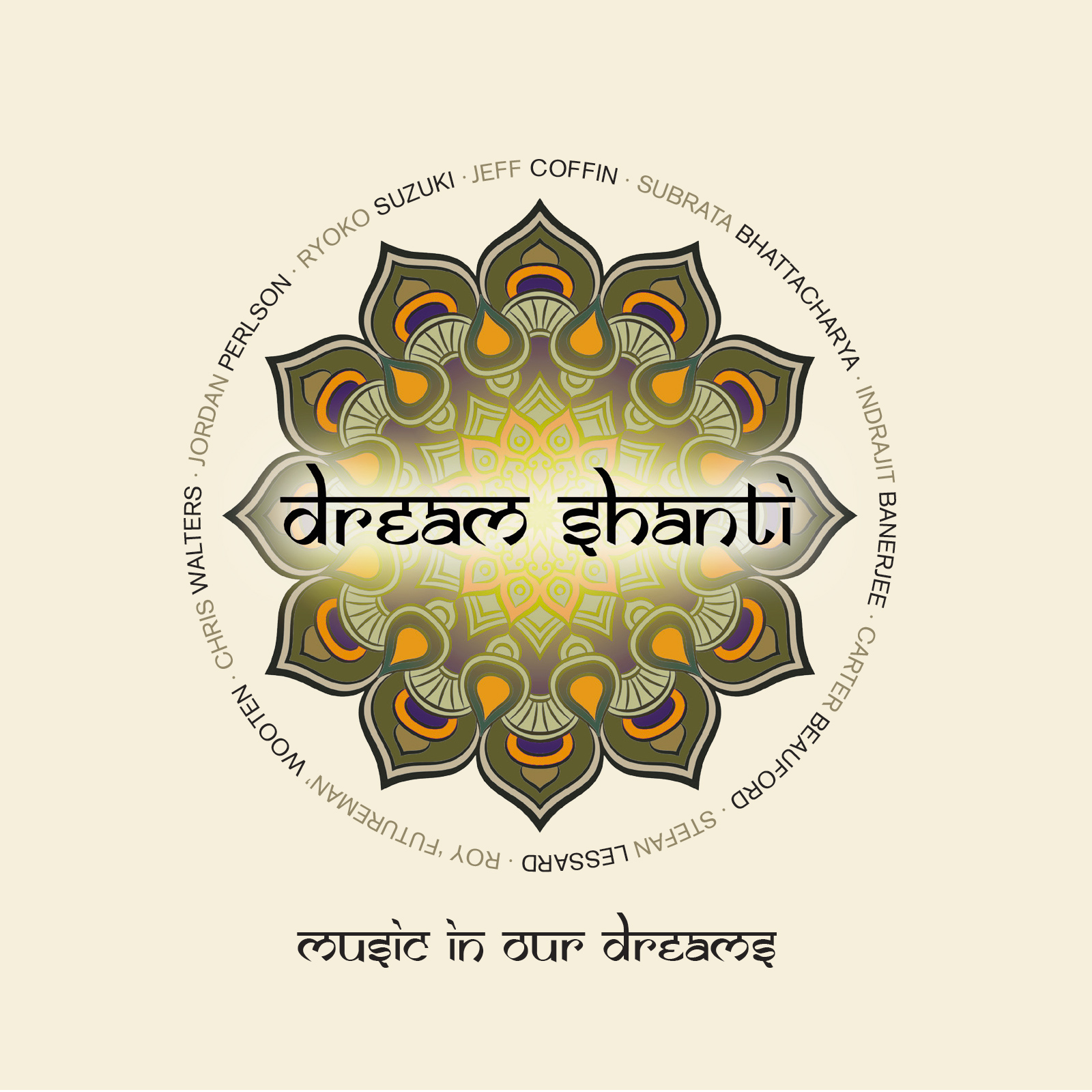 Jeff Coffin Celebrates the Release of Music In Our Dreams, His New Album with Dream Shanti, Out Now on Ear Up Records

Jeff Coffin is pleased to announce Music In Our Dreams, his latest release with his ensemble Dream Shanti. Dream Shanti is a collaboration between some of the finest musicians to hail from the eastern and western hemispheres.  Music In Our Dreams is out now on Ear Up Records. The innovative compositions on this album flow freely between the indian classical and jazz traditions in a way that honors the richness of both, and yet seems to create a unique sound of its own. The confluence of these two traditions is expertly delivered by Coffin on saxophone, Subrata Bhattacharya on tabla, Indrajit Banerjee on sitar, fellow Dave Matthews Band band-mates Carter Beauford and Stefan Lessard on drums and bass, Roy “Futureman” Wooten and Jordan Perlson on percussion, Chris Walters on Piano, and Ryoko Suzuki on harmonium.  Music In Our Dreams provides listeners with the rare opportunity to hear Coffin, Beauford and Lessard in a context very different than Dave Matthews Band, and to hear an ensemble of consummate musicians performing deeply evocative music.