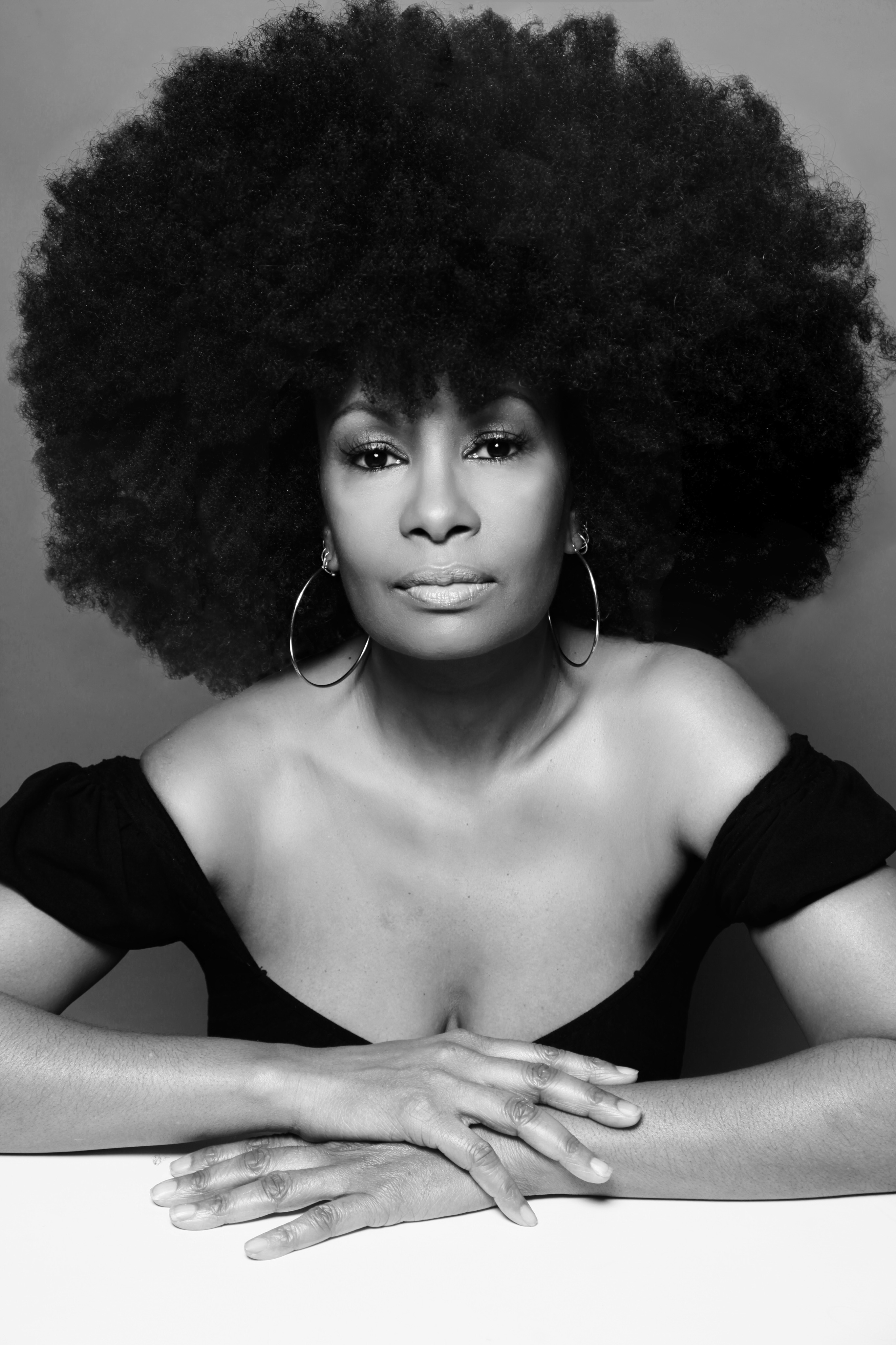 Singer/songwriter Vivian Sessoms’ new album, Life II, is out now via Ropeadope Records. This 12-track collection of originals and interpretations of songs by such artists as The Fixx and Stevie Wonder is a companion piece to Life I, released last November, through which she tells her story and offers a depiction of black life in America. Featuring a sound influenced by diverse elements, styles, genres and artists, Life II also includes guest appearances from such artists as Shedrick Mitchell, Chris Parks, Donald Edwards, Casey Benjamin and many more.

Sessoms spoke with JAZZIZ about Life II, the story she wanted to tell via the album, how it was influenced by the current political situation, choosing the songs she wanted to record, her encouragement of in-the-moment creativity and more. Below is an excerpt of our conversation, which has been edited for length and clarity.

JAZZIZ: Why did you choose the word “life” as the title for this album?

VIVIAN SESSOMS: I chose that word because the song choices tell a story about songs that I loved, songs that I’ve listened to and that had an impact on me as a kid. It’s the story of growing up in Harlem, so it’s also a love letter to Harlem. It’s also about being black in America at this time, and not only deals with the racial divide, but also with falling in love and family, and other things like that. It’s autobiographical on a few different levels. It’s also my first jazz records, so I wanted to choose songs that spoke of things I was feeling at the time but that also showed how in some ways some of the things have continued.

Do you think it’s the role of the artist to represent life?

So, politics are very much a part of this album.

Yes, for sure, because I think we’ve all been a little surprised by the recent turn of events in politics. I don’t just touch on the hurtful things; I try to touch on a lot of things like love, and family, and children. Having said that, as black people, we’re surprised and shocked, but in others, we have, for a long time, known how to make the best of maybe not the best of situations. I think now, most of America is looking at what’s going on, and the racial and political divide that’s happening right now. A lot of them are surprised by it, and we’re trying to tell them this is how things have been shaping up for quite some time.

And it can be quite challenging to be heard…

It’s very challenging to be heard, absolutely. It’s also hard for people to really articulate what they’re feeling because there’s just so much emotion right now, and a lot of trying to understand and make sense of things. Yet, I think that many people across several media, like film, literature and so on, are feeling the need to really talk about these issues and draw attention to them. For one thing, it’s just to get it off their chest. For another, I think many people can sense what’s happening and feel the need to speak for others.

Was that how you felt when you wrote “I Can’t Breathe”?

Yes, when that whole situation was happening with the Garner family, it was really shocking and disturbing. It’s not that we didn’t know that sort of thing had been happening, but to actually see it was something of another matter altogether. I was really hurt by it, as so many others were, and things just began to swim in my mind. I don’t know if I thought to write about it particularly but a lot of emotion crept up when I saw that and his daughter picking up the mantle of activism and talking about it, her father and the death and the deaths of other people in America. That’s when I started to write those ideas down and it just kind of came out of me.

Do you welcome in-the-moment creativity?

When I write with my husband Chris [Parks], who’s my partner on this record, it’s a bit different because we spend so much time together. We constantly bounce some ideas off one another, or he might have written a track and he will play it for me, and I love it. Then, I’ll sit with it for a while, or I have a particular musical idea and say this is what I want. When I work with other, outside musicians, the way that I did for most of this record, I go in and I have some loose idea of what I want, and I convey that to the band. But I like to leave room for everyone to paint and bring their colors, and vibe, and ideas to it. That, I think, is part of the joy, beauty and magic of creating with other people.

That really shows on tracks like “Fool Me Once.”

That’s exactly right. That’s my cousin who’s rhyming over that, Major Green. I sort of gave him a vibe and he came back with those beautiful lyrics for me, so fitting to what I wanted to make this record about.

Many of the covers on this album are very different from their original versions, like “1 Thing.” Do you feel it’s important for you to make a song your own?

I wouldn’t say that making these songs my own is very important to me. It’s more about having fun with a song and enjoying the process of what I hear. If I like the way something sounds, that makes me incredibly happy. I actually recorded 45 songs for this record. A lot of them are jazz standards reworked, and it was really about how good something made me feel, or how well it fits in with the other songs that I was choosing to put on the record.

Is the wealth of material the reason why you decided to make this a double album?

I did have quite a lot of material. When I was starting to talk with Ropeadope about signing with them, I thought it would probably be nice, because I hadn’t put a record out in a long time, to maybe do two. Do a double album. First, because I had a lot of material, but also because I just wanted to tell more of a story and it was important for me to include the interludes that I did, and all of the different bits and pieces. Because I just thought it told a great story, and I felt it would be easier than to try to cram ten or twelve songs on one record. I thought, “Let me spread it out and really create a palette and a storyline.”

How did you choose the songs you wanted to record?

There are probably thousands of songs that shape an artist so, it’s difficult to cram so much in one album, even if it’s a double album. It may be surprising that some of these songs, like “The Best Is Yet to Come” and songs like that shaped me, and obviously, there are some that are more important than others. Stevie Wonder is an artist who really shaped me as a kid. Another part of the reason why I wanted to release a double album is how impactful Songs in the Key of Life was for me and how much that album spoke to so many people I knew. I was a kid when it came out; it was a very pivotal point for America.

“People Make the World Go Round,” and all these songs have impacted me in different ways at different times over the course of my life. Of course, there will be other albums that I’ll do that will talk about songs that have impacted my life. But I don’t know if I’ll do lots more records where I do so many covers. So, it was fun to pick out songs that had meaning for me over the course of my life, and that I thought helped tell the story of my life being black in America, of falling in love, of tributing great artists that I love.

So, the narrative is very important.

Absolutely, it’s very important. The timing and the vibe of the record, the atmosphere that it sets. It’s all incredibly important. I think that every part of a record tells a little bit of a story about an artist, from the cover art to the lyrics to the melody to the songs that you choose and the sequencing. All of it tells a story. And me being at a particular place in my life, at this time, spiritually, physically, mentally, emotionally and all those kinds of things played a part in the temperament and the evolution of the project.

Was the fact that you weren’t in a good place a reason why you hadn’t released an album in a while?

Well, no, I don’t think it’s that. I started touring with other artists and that just became my main focus for a while. But it was always my goal to put something out. The timing was just never right, but I also thought I would rather wait than rush anything. I didn’t want to push it, I didn’t want to force it. I also wanted to make sure I had the right team when I was able to release new music, and it just sort of organically came together and fell into place. I think it was the universe telling me, “The time is now.”