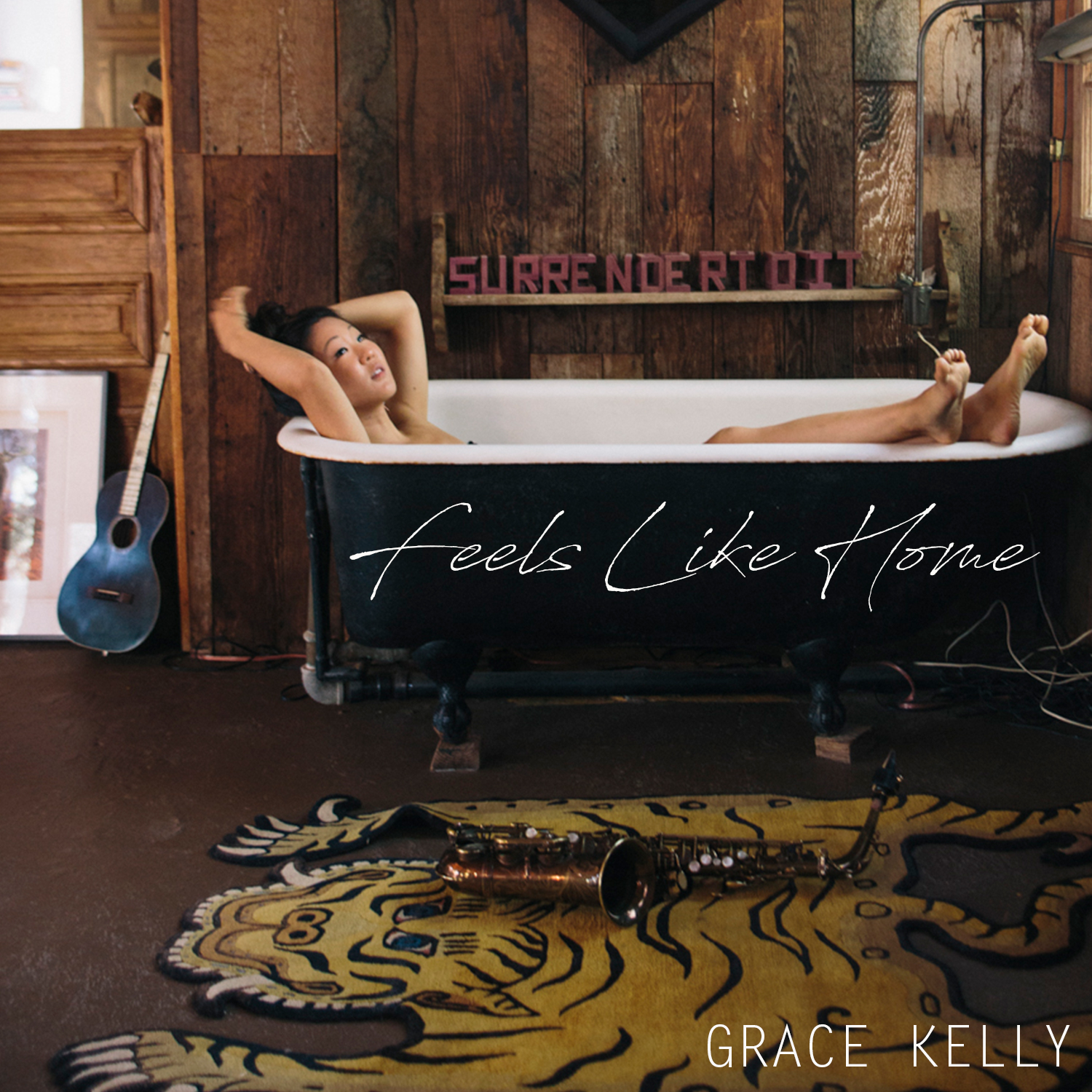 Original vocal composition in the Country genre is now a finalist for Song of the Year and the $20,000 Grand Prize in the prestigious international songwriting competition

Acclaimed saxophone-singer-composer-bandleader Grace Kelly is celebrating her 27th birthday this year with a major nod from the John Lennon Songwriting Contest (JLSC), the preeminent international competition open to amateur and professional songwriters which was founded in 1997 in collaboration with Yoko Ono Lennon.

Kelly’s vocal and instrumental track “Feels Like Home,” whose music video features Kelly and Thirdstory’s Elliott Skinner in a soulful acoustic duet, was composed and recorded as part of her innovative 2018 video album project GO TiME: Brooklyn and will be released as a single on July 11th. Out of thousands of submissions from across the world, “Feels Like Home” was selected as the Grand Prize winner for the Country genre in December 2018 and then as a Lennon Award winner in May 2019 by popular online vote.

The composition is now one of 12 contenders for the Song of the Year award, which is judged by such musical luminaries as Rock and Roll Hall of Fame inductee Jimmy Cliff, British pop superstar Natasha Bedingfield, and funk icon Bootsy Collins. The Song of the Year winner will take home a $20,000 check and over $10,000 in music studio equipment. Last year, the JLSC Song of the Year award was presented by Ringo Starr.

“It’s an unbelievable honor to be recognized by the John Lennon Songwriting Contest. I am very grateful to my fans for responding to ‘Feels Like Home’ so wholeheartedly and giving me the support to be considered for the Song of the Year award,” Kelly said. “One fan recently told me that she became engaged to this song and planning to play it as their first dance at her wedding, which floored me because I wrote the song about my own experiences in love and I didn’t know if it would resonate more universally. It’s very fulfilling for me as a musician and songwriter to create musical experiences that everyone can relate to and feel uplifted by, and winning the Lennon Award for this song feels like I’m headed in the right direction.”

Featured by Vanity Fair as a millennial shaking up the jazz world, Kelly’s state-of-the-art brand of electro jazz-pop and inventive digital content are pushing her to the forefront of the fusion scene, alongside names like Snarky Puppy, Jacob Collier, Cory Henry, Robert Glasper, Jon Batiste, and Too Many Zooz. Kelly’s early career featured performances at Barack Obama’s 2016 inauguration and as a soloist with the Boston Pops playing an original composition arranged for the legendary orchestra; she has since then played over 900 shows as bandleader in 35 countries at venues like the Kennedy Center and the Hollywood Bowl and for the Montreal, Newport, and Montreux international jazz festivals. She has won numerous ASCAP and other songwriting awards in addition to the recent recognition from the JLSC.