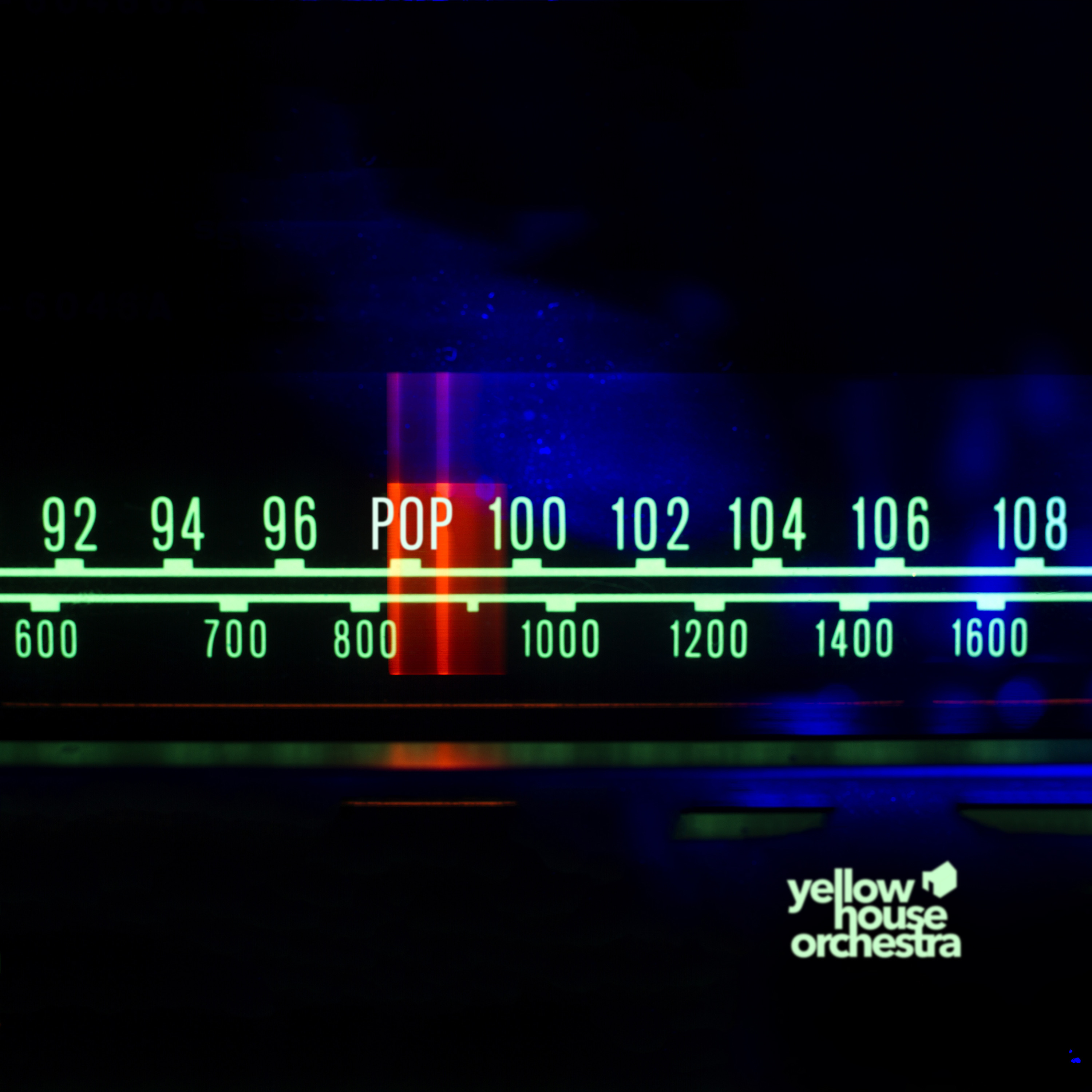 Following the 2016 release of their debut album Orale Pues, Yellow House Orchestra are thrilled to announce the August 2nd release of their new album, Pop. Featuring an extensive cross-cultural line-up of musical elite, Pop is a collection of stories that are ultimately about openness and inclusion, being a part of something bigger than oneself, and the recognition that the palette for that is more diverse and colorful than we normally see. The truly symbiotic alliance between bassist/vocalist/guitarist/composer Michael Cerda – formerly of El Desayuno, Big Breakfast and The Names – and 2019 GRAMMY®-winning trombonist/arranger Doug Beavers, serves as the undeniable driving-force behind this innovative new recording.  Prior to the official album street date, Cerda and Beavers are excited to introduce listeners to this music by releasing one track per week – Friday, May 17th sees this schedule kick off with the release of the album’s title track, across all streaming platforms. “Pop” will also be accompanied by a music video on YouTube.  Joined by GRAMMY®-winning trumpeter, Pete Nater, Cerda and Beavers will team this single/video release with a Facebook Live Stream – fans can tune into each of these respective social accounts (see links below) to hear more about the record.  The orchestra are also excited to play a multitude of celebratory live dates (with more still to be announced!):

Yellow House Orchestra is a Latin jazz/rock band based in San Francisco and New York City. While the band’s name is inspired by Michael Cerda’s California home – it is indeed a yellow house! – it’s not really the physical house that derives meaning; rather it’s the essence of it. That essence is one of hosting, sharing, enjoying, belonging, and showing up for what the world of music has to offer. All that translates into the band’s songs, brought together by the musicians and their fiery performances. Under the tutelage of such a dynamic duo, this collective features saxophonist Andrew Gould, trumpeters Jonathan Powell and Pete Nater, trombonist Besarat Tafesse, drummer Robby Ameen, percussionists George Delgado, Luisito Quintero and Camilo Molina, pianist Yeissonn Villamar, vocalists Marco Bermudez, Carlos Cascante, Jeremy Bosch, Herman Olivera, Willy Torres (also featuring on percussion duties) and Chevy Chevis, as well as songwriter Chris Phillips who lends his talents to the composition, vocal and guitar on “79th Street Crosstown”.

This nineteen-piece ensemble has an admirable ability to seamlessly fuse pop or rock with Latin jazz and salsa. Yellow House Orchestra exhibits a magical combination of memorable hooks interlaced with world rhythms and multilingual lyrics. With this new release, Cerda – also known for his instrumental role in the music-tech scene with his work on music and live video at Facebook, music videos at Vevo, and artist pages and events at Myspace – initially wanted to craft a hard-hitting Salsa record by calling on some of the best musicians in the world, based in New York City. However, over the course of a year, Cerda and Beavers organically wrote and arranged their way toward a genre that is new, yet familiar and accessible. While there are certainly fiery Salsa numbers like “Los Cenotes”, sung by Herman Olivera (Eddie Palmieri), there are also R&B-tinged numbers like “Outta Sight”, sung by Cerda, with backing vocals by Chevy Chevis (Beyonce, Chaka Khan). The culmination of the entire record comes together with the title track “Pop”, which feels like a little bit of everything!  Never has there been a song that starts out so rocking, but travels on a musical journey through funk, reggae, reggaeton, and finishes up with salsa, courtesy of Jeremy Bosch, Carlos Cascante and Marco Bermudez (Spanish Harlem Orchestra) singing Spanish coros, and Herman Olivera joining on Spanish soneos. On this, the band’s sophomore release, Cerda’s original melodies and hooks combined with Latin rhythms provide an original, fresh and articulate sound.