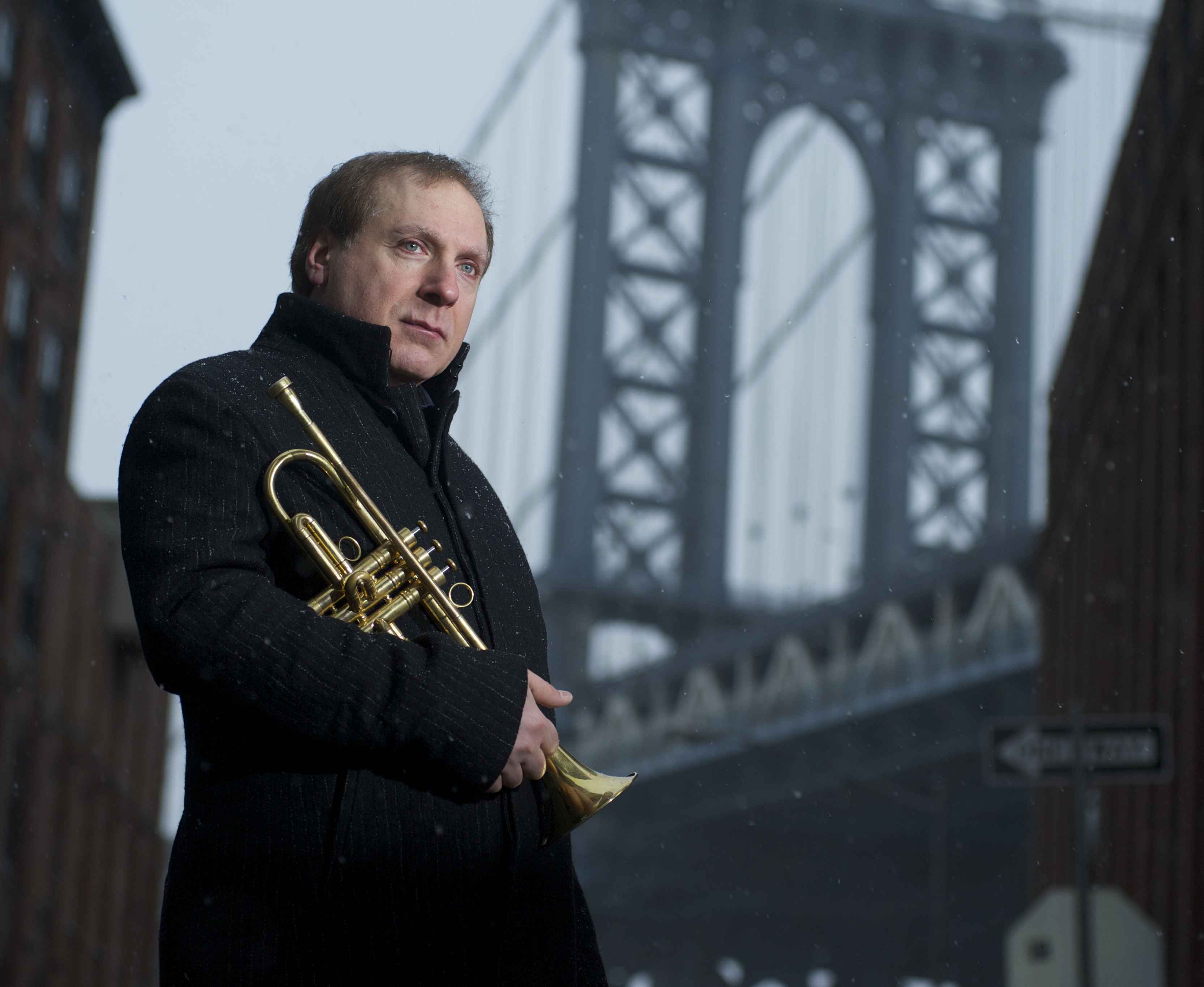 Ask David Weiss about his musical origins and he will tell you that “none of it makes sense.”

The prolific, progressive jazz trumpeter was raised in the Queens borough of New York with few familial influences beyond his grandmother’s push to take a few years of piano lessons. He started listening to hard rock bands like Led Zeppelin, the prog-rock of King Crimson and fusion from Mahavishnu Orchestra, then free jazz from Cecil Taylor and John Zorn.

“I was attracted to the energy of all this music, and growing up in New York it was all there. At first I went to art school until I decided music was the thing.”

Weiss started playing trumpet at 13 and even worked with avant-jazz-rockers Material before they took that name officially. He left art college for a stint at Karl Berger’s Creative Music Studio and then enrolled in the jazz program at North Texas State University. After graduation in 1986 he was back in New York to gain experience.

Besides working for leaders like Jaki Byard, Frank Foster and Ray Charles, he became a regular on New York’s salsa, soca and Haitian music scene, and his talents as a transcriber-arranger led to a role in scoring music for The Cosby Mysteries television show. But he was destined to be more than a sideman, and by the late 1980s he was co-leading a band with Craig Handy.

Weiss took his composing ambitions forward in 1996 as a co-founder of the acclaimed New Jazz Composers Octet, drawing from mainstream traditions like the Blue Note legacy and backing up trumpet great Freddie Hubbard for the 2001 NJCO album New Colors. Since then his career and list of personal projects and collaborations (like The Cookers) has continued to expand.

“The past informs the future,” Weiss notes to explain the sextet’s superb sound and stylistic foundations. “I like horn harmonies and three horns have a distinct sound, but this band came around for a few reasons. I heard advanced young musicians like (brothers) Marcus and E.J. Strickland who live and breathe to play, and play the kind of stuff I do. We’ve thoroughly immersed ourselves in the tradition, but for any creative musician it’s an open music full of possibilities, and every day we try to find a new way to do this.”

David Weiss Sextet makes it’s local debut 8 p.m. Saturday at the Yardbird Suite. Tickets are $30 for members, $34 for non-members, from Tix on the Square or at the door.