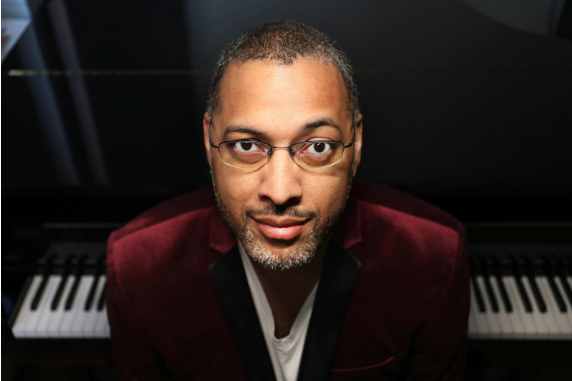 On Saturday, March 16th, Internationally acclaimed pianist and composer Andy Milne won the 2019 Juno Award for Best Group Jazz Album for his new album The Seasons of Being. Released on Sunnyside in September of last year, The Seasons of Being features Milne’s genre-crossing, critically acclaimed quintet Dapp Theory. This is Milne’s first Juno win.

Milne, who lives in the United States but was born in Hamilton, Canada said of his win:

“Although I have spent the bulk of my professional career in the United States, I have tried to remain connected to the Canadian music community.” He adds, “it is a huge honor to be acknowledged in the form of a Juno. I was mentored by Oscar Peterson and have collaborated with Bruce Cockburn AND William Shatner, but with a Juno, I’m feeling extra Canadian right now!”

Just prior to Milne’s Juno Win, the Globe and Mail published an extensive, wide-ranging piece that profiled the pianist’s inspiring personal and creative journey. The article, which was published on March 14th and written by Jonathan Dekel, can be accessed here.

The Seasons of Being explores the body, spirit and mind on music, channeling the diagnostic principles of homeopathic healing to captivate the emotional characterization of each improvising musician. Milne’s Dapp Theory group, made up of woodwind specialist Aaron Kruziki, bassist Christopher Tordini, drummer Kenny Grohowski and wordsmith John Moon, is joined by A-list improvisers Ralph Alessi, Ben Monder, La Tanya Hall, Michael Attias and Christopher Hoffman on what is the visionary musician’s most ambitious project yet. The album has received worldwide critical acclaim from Downbeat Magazine, The New York Times, WBGO, the Brooklyn Rail, and Jazziz, among others. PopMatters said of the project: “Gentler and more beautiful than anything else in Milne’s discography, The Season of Being is also a work of stubborn individuality. It sounds like little else.”

In April, Milne will be bringing his smaller outfit, the Unison Trio (featuring bassist John Hebert and drummer Clarence Penn), on the road! Milne will kick off the tour on April 11th at the University of Michigan for a series of masterclasses. Next, Milne will travel to Toronto for a performance at The Rex. After the single Canadian engagement, the trio will return to Ann Arbor for a performance at the Kerrytown Concert House.

On April 14th, the Unison Trio will perform at the Bop Stop in Cleveland OH.  On April 15th, the trio will return to the University of Michigan for another masterclass and performance.  The trio will then head west to California for an engagement at Mr. Musichead Gallery in Los Angeles.

A fearless, versatile explorer, pianist/composer Andy Milne has been a distinct and respected voice at the heart of New York’s creative jazz scene for over 20 years, collaborating with dancers, visual artists, poets and musicians spanning jazz, classical, pop, folk, and world music. At the piano he skillfully blends poetic gravitas with a playful sense of order. To date, Milne has released 10 recordings as a leader or co-leader.

He has recorded and toured throughout the world with Ravi Coltrane, Ralph Alessi, Carlos Ward and Carla Cook, and has collaborated with a range of artists including Andrew Cyrille, Sekou Sundiata, Avery Brooks, Bruce Cockburn, Fred Hersch, Ben Monder, Dianne Reeves, Jen Shyu, Tyshawn Sorey and Jamie Baum. A former student of Oscar Peterson, Milne was at the center of the M-BASE Collective as a core member of saxophonist Steve Coleman’s bands, as well as performing with Cassandra Wilson and Greg Osby. Milne composed and produced the scores for seven documentary films by acclaimed director William Shatner and has released ten recordings as a leader or co-leader.

assistant professor of music a University of Michigan. “We are so thrilled to have Andy Milne on our faculty here at the University of Michigan,” said Andrew Bishop, chair of U-M’s Department of Jazz & Contemporary Improvisation. “He is such a dynamic and imaginative musician, and his group Dapp Theory is one of the most inventive groups in the contemporary musical landscape.”