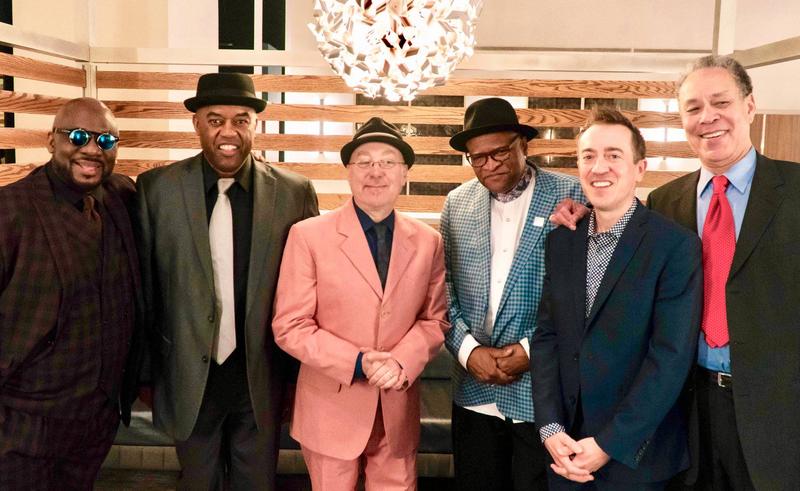 Ralph Peterson Messenger Legacy, “In Case You Missed It”

Thirty-five years ago, Ralph Peterson was handpicked by Art Blakey to be the second drummer in a special edition of the Jazz Messengers. He was on the rise then, in his early 20s, and Blakey’s benediction meant the world.

Since then, Peterson has never missed an opportunity to repay the favor — whether in the form of Art, his 1992 Blue Note album, or in the pure conviction of every barreling press roll. Now he’s mobilizing a new band, Messenger Legacy, whose ranks consist of distinguished Jazz Messenger alumni: saxophonists Bobby Watson and Bill Pierce, trumpeter Brian Lynch, bassist Essiet Essiet and pianist Geoff Keezer.

LISTEN: “In Case You Missed It,” by Ralph Peterson Messenger Legacy

Here is an exclusive track from the band’s as-yet-untitled album, due out in May. It’s a tune by Watson that first appeared on Album of the Year, in 1981. (That album featured a hard-charging edition of the Messengers with Watson, Pierce, and a hot young trumpeter named Wynton Marsalis.)

This performance opens with a Peterson solo that establishes, with avowedly Blakey-esque flair, the form of the piece. The horn section seals the melody in an airtight frame, before a round-robin of assured solos. This is what jazz repertory can feel like at its most urgent and unassuming; it’s also a preview of what the Messenger Legacy will bring to the Winter Jazzfest Half-Marathon on Saturday.

(Peterson will also join Meshell Ndegeocello, Theo Bleckmann and myself on Jan. 12, in a Winter Jazzfest Talk titled “Conjure, Conjecture: The Art of Evocation.”)