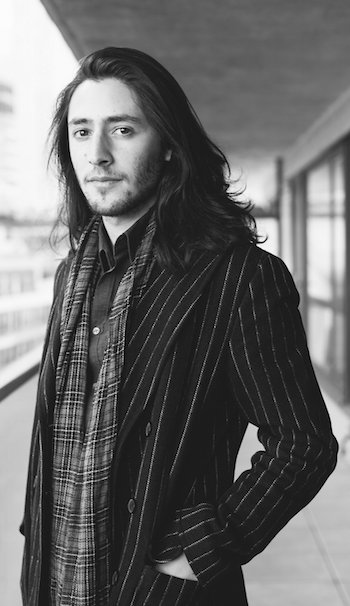 Acclaimed pianist Gabriel Zucker is joined by trumpeter Adam O’Farrill, saxophonist Eric Trudel, and drummer Tyshawn Sorey on this recently-released effort. Originally written in 2014-15, Weighting was played live in that time frame, but this is its first recording. Unlike much of the creative jazz discussed in these pages, Zucker’s compositions are clearly pre-determined and improv plays a relatively minor role in the complex and dynamic themes herein. Indeed, Weighting could be viewed as an energetic modern classical piece performed by a jazz quartet given a little room for extemporization.

Would It Come Back to You leads off the album with an exploratory duet between O’Farrill and Trudel. Just beyond the half-way point, Zucker and Sorey join in for a dramatic flourish and then the main theme begins. Zucker’s compositions, as well as his complimentary and percussive piano themes, makes the group sound as if there are more than just four voices. As one would expect, Sorey goes well beyond holding down a rhythm and adds dense offerings of his own.

Another representative track, The Stream of New York / And Art, of Course features Zucker on a staccato piano lead, which morphs into a number of related, overlapping themes and motifs worked through by his bandmates. Zucker continues leading the group into a noisy crescendo. Not all of the pieces are so aggressive or angular, but even those that take it down a few notches still exhibit Zucker’s compelling techniques.

While Weighting is serious music, it also exhibits a sense of urgency and joy despite all of the polyphony. As a result, the album has no shortage of appeal. This one should be on everybody’s best of 2018 list.