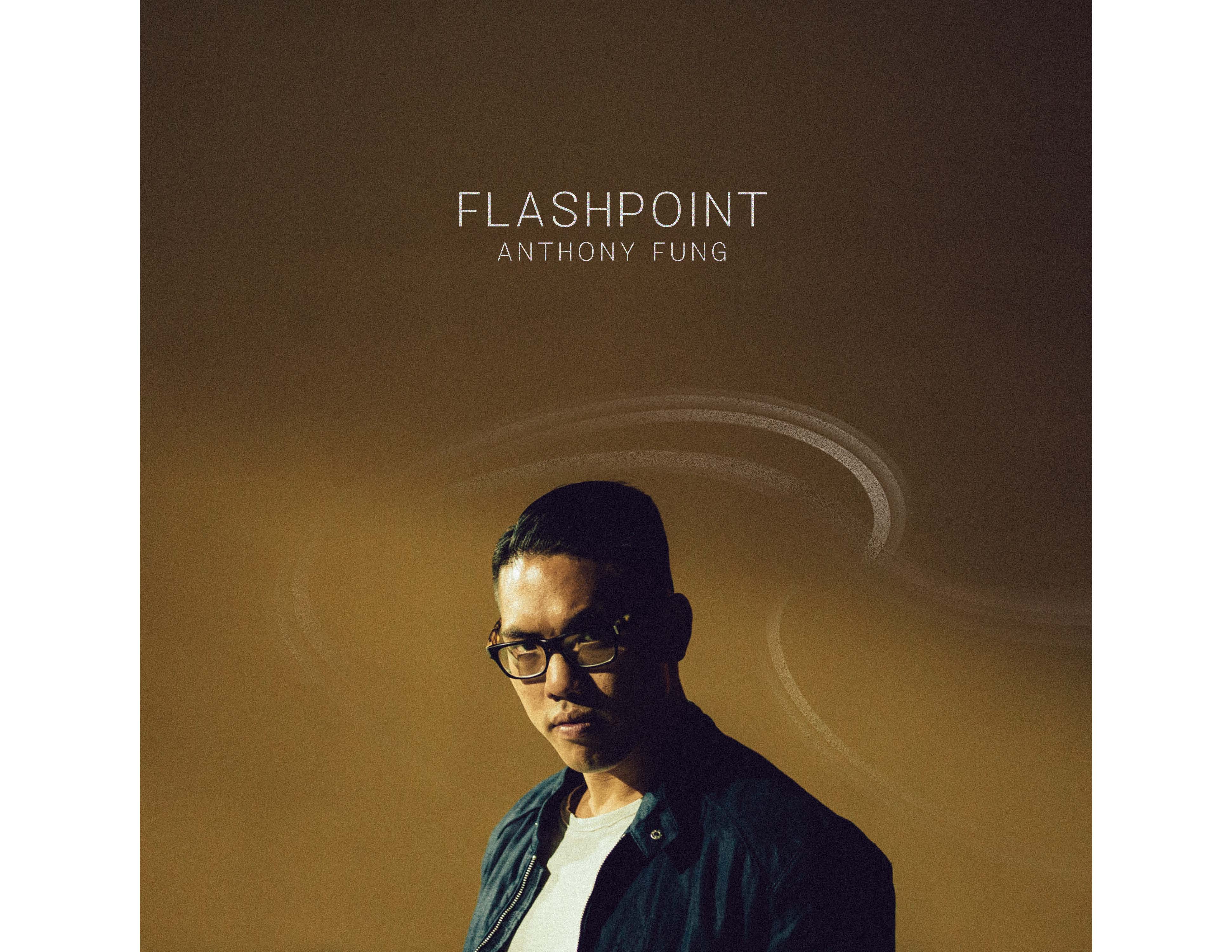 Anthony Fung brings a certifiably impressive pedigree to his sophomore album Flashpoint. Having graduated from the Berklee College of Music and Berklee Global Jazz Institute, the Canadian-born (Richmond Hill, Ontario, specifically) and currently LA-based drummer recently earned another degree at the Thelonious Monk Institute of Jazz Performance while studying and performing with Herbie Hancock, Wayne Shorter, Chris Potter, and others.

Arriving four years after Chronicles (credited to the Anthony Fung Quintet), Flashpoint is as ambitious an artistic statement as they come. Besides drumming and leading a large coterie of musicians, Fung composed and co-produced the album (Edmar Colon and Isaac Wilson also co-producers). Indicative of its artistic reach, the album includes not only instrumental performances but a vocal one, too (featuring Erin Bentlage), and ends with a track featuring string quartet only. Fung utilizes a broad range of instruments in the eight settings, his drums augmented by saxophones (Edmar Colon, Josh Johnson, Alex Hahn), percussion (Oscar Cruz, Oscarin Cruz, Manolo Mairena), strings (Yu-Ting Wu, Niall Ferguson, Jonathan Tang, Lauren Baba), trombone (Jon Hatamiya), vibes (Simon Moullier), piano (Isaac Wilson), and bass (Mats Sandahl). Such a wealth of resources makes for a collective one might describe as a mini-orchestra.

Apparently in the compositional process Fung adopted for the album, he sought to pay homage to his former tutors. That’s conspicuously evident in a couple of cases where Shorter, in both his soprano sax playing and composing style, would seem to have been the obvious template. When Colon’s soprano sax solo occurs almost six minutes into “The Flash,” for example, it’s well-nigh impossible not to think of the one-time Weather Report co-leader; that impression arises in the subsequent track also when “Ilekun” plays like some convincing five-minute distillation of Black Market. Hancock’s influence is felt, too, that not quite as overtly.

Inspired not by a musical mentor but instead the superhero of the same name, “The Flash” threads a well-known Panamanian rhythm into its expansive arrangement. With the percussionists and Fung operating in tandem and the tune itself a well-considered integration of through-composition and soloing, the opener makes clear that Flashpoint has ambitions beyond a straight-up blowing session. The exotic rhythms at the heart of “The Flash” emerge elsewhere, too, the deliciously swinging “Guanabana” and infectious body-mover “Walk the Walk” cases in point.

Composed for Colon to commemorate his experiences in Puerto Rico during Hurricane Maria, “A Call For Peace” achieves a dramatic orchestral splendour when the acoustic core is supplemented by the silken textures of the string players. As a drummer, Fung’s inventive but not over-intrusive, as evidenced by his accompaniment of Wilson and Colon during the seven-minute setting; further to that, the participation of percussionists on the album also means Fung is wise to hold back a bit so that the percussion section doesn’t tip the balance too far in its direction. And as a bandleader, he’s a generous soul, content to provide a foundation for his players to emote over, and in that spirit solo space is granted to Moullier, Wilson, Colon, Sandahl, and others throughout the disc.

Fung’s romantic side comes to the fore during the ballad “Sea of Glass,” which sees him tastefully colouring his bandmates’ expressions with brushes and cymbals, and “Forever,” a sophisticated ballad that in her sole appearance Bentlage distinguishes with an impassioned and sensual performance. A noticeable shift in album tone occurs with the advent of “Forever Intro,” its strings-only arrangement marking a move into contemporary classical territory, which the plaintive “St. Augustine and The Devil” (inspired by a fifteenth-century painting) accentuates as emphatically in its string quartet presentation. In a strange oversight, a drummer credit for Fung is absent on the physical package, which could lead to the erroneous presumption that he doesn’t play on the album but is instead its composer, lyricist, arranger, and producer. As missteps go, it’s a small one, however, and does little to diminish the strong impression this accomplished recording otherwise makes.