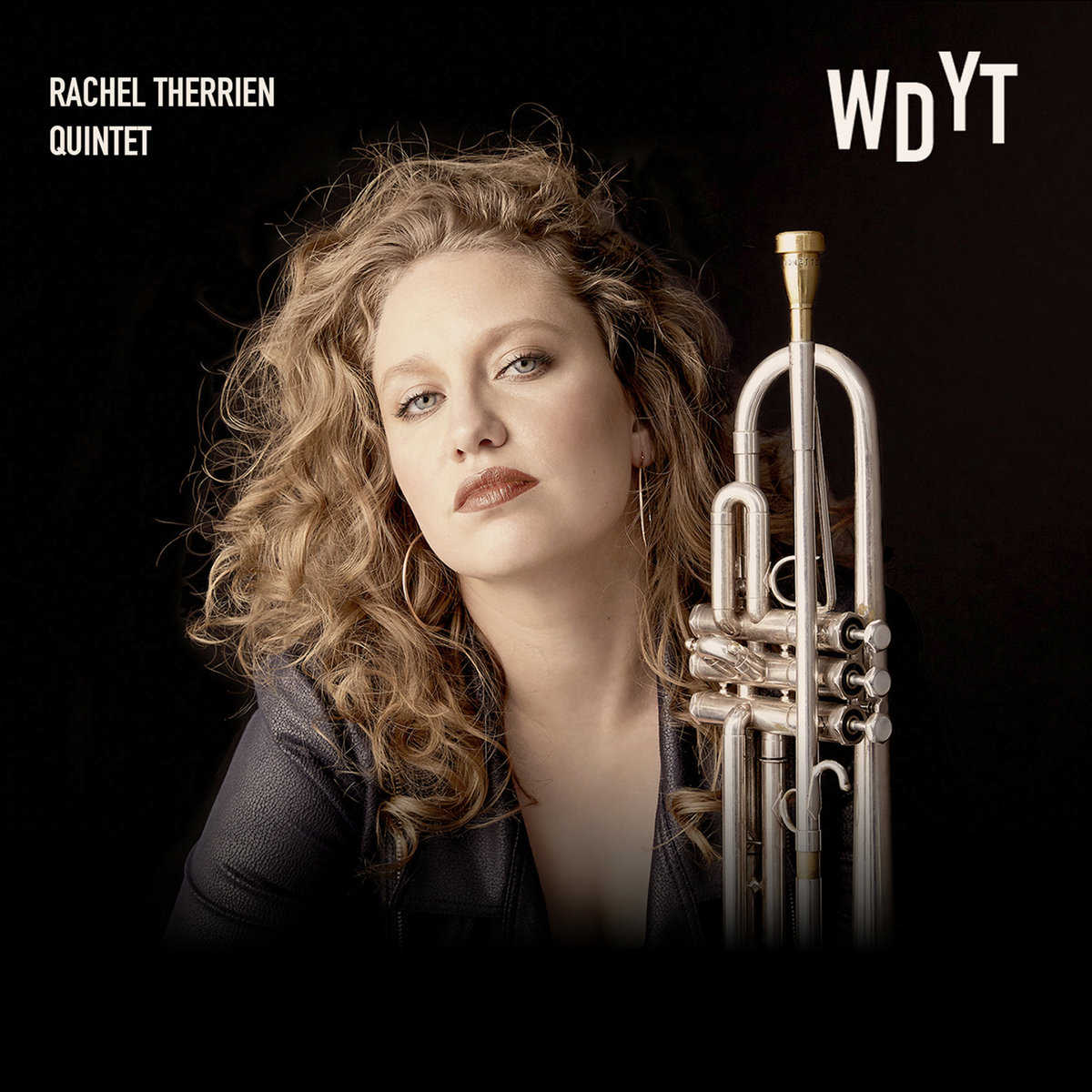 Rachel Therrien may be young and her repertoire is perhaps just being built, but there is something about this old soul that leads one to believe that she is, in the grand scheme of things ‘trumpet’, engineering a way to exploit the instrument’s full chromatic range. Why Don’t You Try seems to be a title (and a song on the album) as much to announce her ascent to the top of her game as it is also a rather sardonic challenge to detractors near and far. As a woman in contemporary music she is in a minority – and an ambassador of one of the most difficult instruments to perfect as well.

When playing her trumpet on these beautifully-crafted, complex songs, she demonstrates how deep her playing actually is – literally – so deep that her breathing seems to come deep into her back; her ribcage seems to expand out and down, like a singer’s and this enables her to send the extraordinary messages (that she does) to her lips, so that she seems able to adjust her embouchure and air pressure so that notes smoothly slide down a semitone, then up again… and so on ad infinitum. Not surprisingly then, that Rachel Therrien has achieved that easy, luscious tone, the breathtaking virtuosity, and her uncanny ability to coax unexpected colours – flute, clarinet and majestic cor anglais sounds – out of her instrument.

On Why Don’t You Try Rachel Therrien also turns nervous energy into excitement about music. She is, of course, not alone on this disc. Miss Therrien’s quintet comprises four very fine Québécois musicians: the saxophonist Benjamin Deschamps who plays a perfect contrapuntal foil to Miss Therrien’s, Charles Trudel, whose extrovert pianism is charged with melodic and harmonic ingenuity as is the music of drummer Alain Bourgeois and bassist Simon Page. Miss Therrien also is the most prolific composers of these songs – she has sic of the eleven compositions – and her works combine lyricism with spiky, witty writing (although the grand Prix for the latter compositional characteristic goes to bassist Simon Page, who’s wonderful, tongue-firmly-in-cheek composition “Omelette Coleman” wins the award hands-down).

Throughout this album of songs we are treated to a grandstand performance in that has very distinctive sound; a style of playing that is characterized by an expressive, almost operatic sound; this is reflected in all of the music – irrespective of the composer. The crest of the wave may just be “I Am Alone”, however, because it requires a sort of shamelessness in the sound, a flare in the tone of the trumpet, as a singer might, I suppose, with her voice, because sometimes there’s a place for making a sound that’s pretty metallic and this piece calls for that in places. This piece is also the most challenging for the listener, as he or she has to work to appreciate it properly. But, like the rest of the music, it’s always worthwhile.