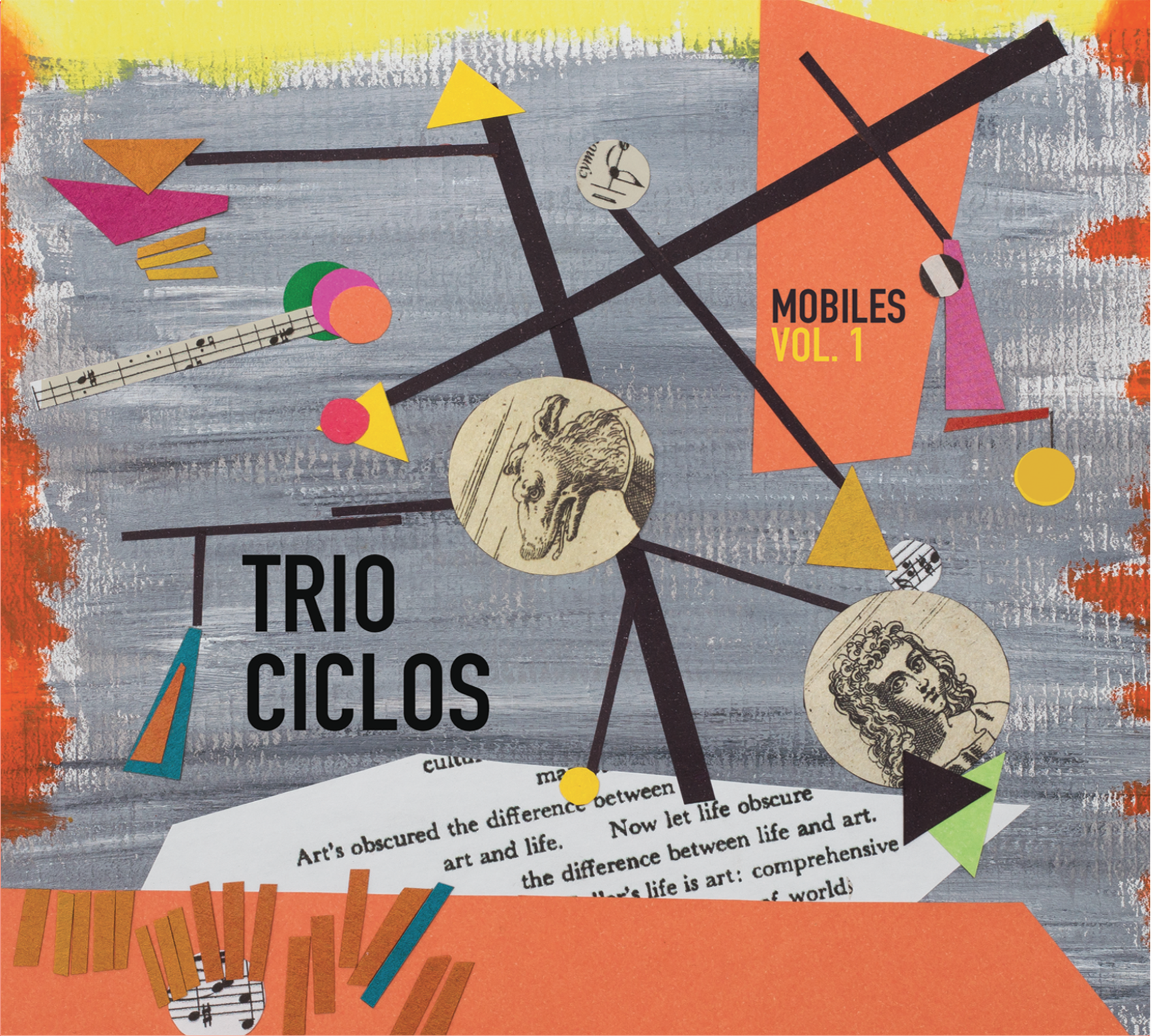 Trio Ciclos: Mobiles: Vol. 1
A most interesting improvisational set in from Brazil… release in April, 2017, it features some fantastic acoustic bass by Bruno Migotto; drums & electronics from Alex Buck and piano by Edison Santanna… in fact, it’s some of the most intriguing jazz improvisation I’ve listened to (yet) in 2017!  Just listen to their high-energy playing on the 9:27 “Curacao Mobile“… I’ve no doubt you’ll find your ears unable to pull away from the rhythms they create for you… this is the track that gets integrated into my iPhone playlist for the long term… Edison’s piano work on this one is crisp and full-bodied… just love this track.  The tracks are all originals, too, and long-time readers here know that means I’m even more attracted to what they’re doing, because I think the players have a bigger “investment” in the success of a song when it’s an original.  What you’ll really be listening to on all seven tunes is a “conversation” between each of the players… for me, this was best captured on the 5:12 closer, “Maxixe“… it’s definitely my personal favorite on the album… lively, yet full of mystery (not to mention some GREAT piano from Edison).  I give Trio Ciclos a MOST HIGHLY RECOMMENDED, with an “EQ” (energy quotient) rating of 4.98 for this fine release.

Daniel Bruce: Earthshine
Dan’s jazz guitar on this brilliant October 2017 release is in exploratory mode, no doubt… he and his players (Russ Johnson: trumpet; Chris Madsen: tenor saxophone; Rob Clearfield: piano, Fender Rhodes; Clark Sommers: bass; Jon Deitemyer: drums) pull out all the stops to entertain your ears… don’t take (just) my word for it… listen to the 8:56 “Lapse“, and you’ll realize that while they are improvising, they also know the value of music that’s been specifically composed to enhance the groove… one of the most mellow tunes I’ve listened to (yet) in 2017; in fact, it’s one of the strongest sextet sets I’ve listened to in a good long while!  The sextet is called “Beta Collective”, and I’m telling you right now – you can expect to hear much (MUCH) more from this group over the next couple of years… that’s especially true when you witness their fluid and sultry approach on “Sofa”… it was easy to make this my personal pick for favorite of the seven songs offered up for your aural pleasure (don’t let that “7 songs” bit fool you, though… the album clocks in at just over an hour).  I give Dan and his collective a MOST HIGHLY RECOMMENDED, with an “EQ” (energy quotient) rating of 4.99 for this fine release.

Alex Wintz: LifeCycle
One of the sheer joys of doing a review magazine for an old jazzhound like me is getting to hear all the fresh new talent that’s out there, and Alex & his crew (tenor saxophonist Lucas Pino on tenor sax, Jimmy MacBride on percussion, Victor Gould doing piano, and bassists Dave Baron and Ben Williams) have put together a debut release that will absolutely astound you for the talent and energy displayed on this nine-song gem… Alex plays some of the most tasty jazz guitar you’ll hear this year!  Just listen to his full-bodied approach to playing jazz guitar on the mellow “I Don’t Stand a Ghost of a Chance with You“, and you’ll hear why I dug his playing within the first few bars of the opening track, and he leaves plenty of space for each of his players to shine on this great song.  Speaking of openings, the energy displayed on his original “Action/Reaction” will convince your ears that this young cat is the wave of the future when it comes to guitar jazz – & when Lucas’s sax kicks in, it just SOARS, folks!  It was the energy (not to mention the masterful changes) on “Taking Sides” that made it my pick for personal favorite.  If you’re looking for “wave of the future” jazz that’s totally accessible, this comes MOST HIGHLY RECOMMENDED, with an “EQ” (energy quotient) rating of 4.98.