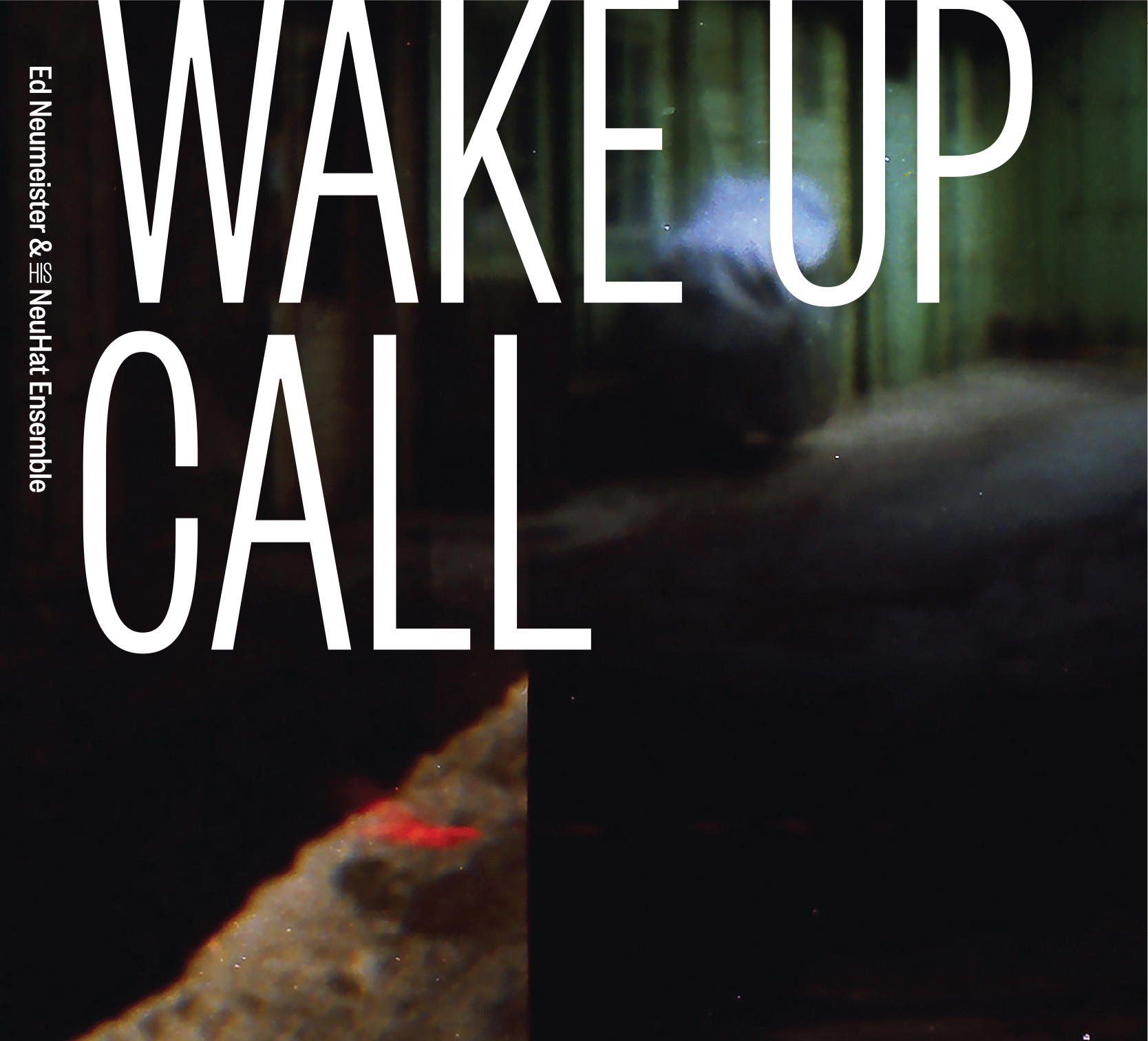 Trombonist, composer, and arranger Ed Neumeister (born in Topeka, Kansas, and raised in the San Fransisco Bay area) moved to New York City in 1980 and was soon a member of the Duke Ellington and the Mel Lewis Band (which became the Vanguard Jazz Orchestra after Lewis passed). He, also, performed and recorded with the likes of Jerry Garcia, Gerry Mulligan, Aretha Franklin, and the New York Philharmonic. After nearly two decades in Europe where he taught and worked with the Metropol Jazz Orchestra, Budapest Jazz Orchestra, and Jazz Big Band Graz, Neumeister is returning home to the United States, New York City, to be precise.

Like many modern composers-arrangers-educators (Jim McNeely Bill Kirchner, Maria Schneider), Neumeister displays the influences of Duke Ellington, Thad Jones, and Bob Brookmeyer, doing so without imitating any of them. His new self-released and fan-funded album, “Wake Up Call” (MeisteroMusic), is his first with the NeuHat Ensemble, a group he has written for over a decade. The musicians, listed below, should be familiar to most readers as many of them work and record with the Vanguard Jazz Orchestra, with Ms. Schneider, and with Ryan Truesdell’s Gil Evans Project. And, like much of the material those groups play, the songs are more about melodic and harmonic development, a narrative, rather than an vehicle for multiple solos. Yes, it could be called “concert music” and that’s fine. While there is plenty of rhythmic action, the leader wants you to listen and have emotional reactions.

Listen to the glorious tone-poem “Reflection” to hear how each member of the Ensemble contributes to the piece, how the tension is heightened by the repetitive lines in various sections while drummer John Riley colors the piece with his fine cymbal work. After the long introduction, the melody is moved forward by the brass until Dick Oatts (on tenor) and trombonist Larry Farrell begin a solo section (aided by the atmospheric guitar work of Steve Cardenas and David Berkman’s impressionistic piano). There’s more than a hint of Burt Bacharach in the arrangement and melody line of “Dog Play”, enlivened by the sweet clarinet work of Billy Drewes. The focus is on the tenor sax of Rich Perry on “New Groove” but not until the melody is laid out by the reeds and brass.

There are impressive examples of ensemble writing throughout the album, especially on the opening and closing tracks. “Birds of Prey” moves in quietly on percussion before the main melody is introduced shared by the sections. There are no solos, just different voices moving in and out of the melody as well as the background. No solos either on the title track that closes the album. Yet, listen how the reeds and brass share melody and harmonies while the rhythm section creates a light samba feel. There’s a playful nature to the interactions, the piece moves insistently forward and, again, listen to how all the pieces fit so well.

“Wake Up Call” is a delight from start to finish with melodies that linger long after the final fade. Though it’s taken nearly three years from the recording dates to the release date, the music is timely and timeless. With Ed Neumeister moving back to the US, maybe the NeuHat Ensemble will bring this music to concert halls. That’s so nice to contemplate!

For more information, go to www.edneumeister.com.