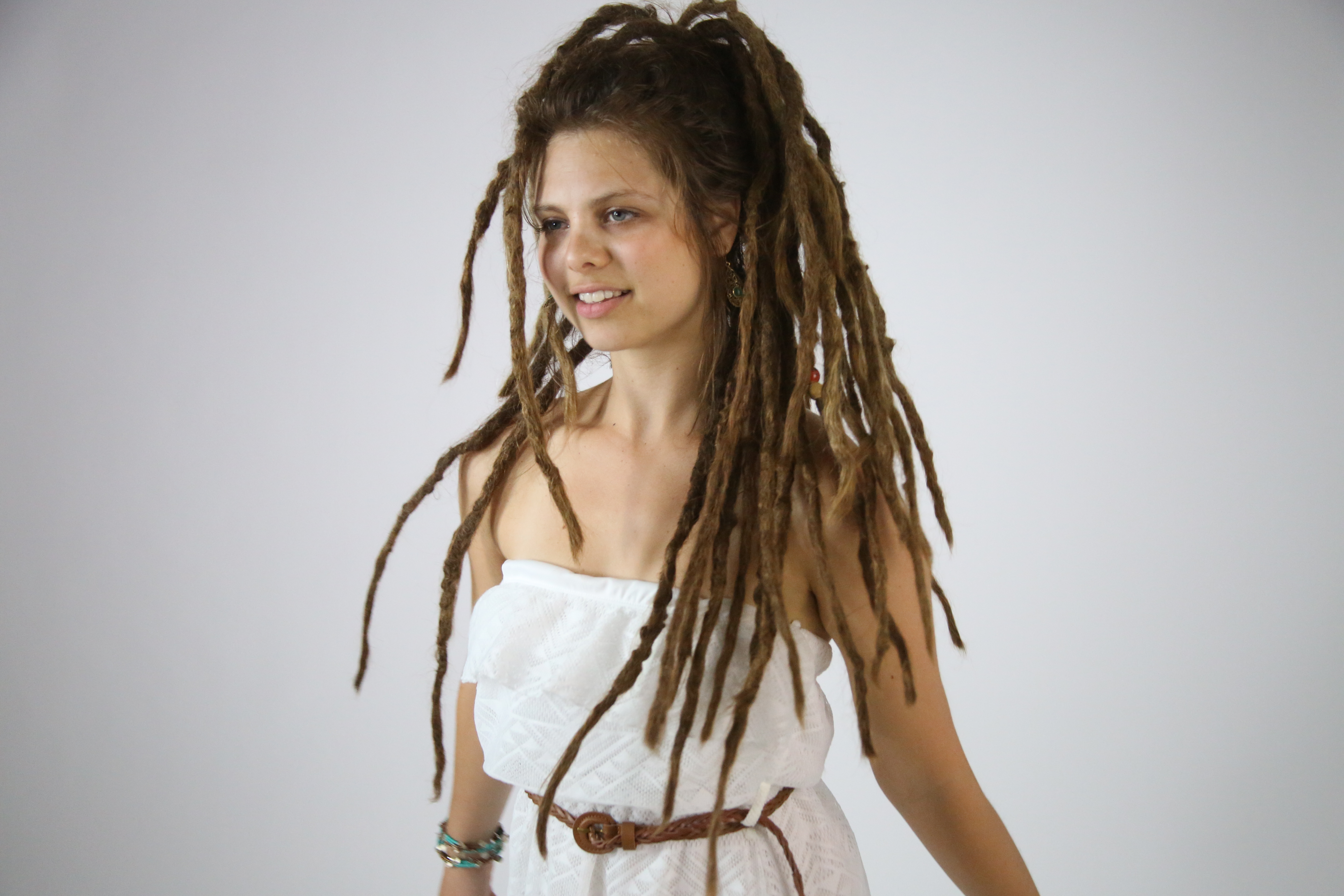 A young, new-to-town female singer sat in Monday night in Hull along with some of Le Petit Chicago’s usual jam session suspects. There seemed to be a little more jockeying when it came to choosing a tune — I think she was stumping the rhythm section — but when the ad hoc group finally launched into There Will Never Be Another You, the singer was all in, singing and scatting, showing off admirable power, poise, creativity and interaction.

She turned out to be Sivan Arbel, a 26-year-old Israeli visiting Ottawa. She was born in Jerusalem, raised in the small village of Kfar Uryah, educated jazz-wise in Dublin, and for the last few years she has lived in New York. She has relatives in Ottawa, and will play next Tuesday, July 19, at the Rainbow Bistro, supported by Ottawa musicians including Roland Racz, Ed Lister, Alex Moxon, Alex Bilodeau and Mike Essoudry.

Below, Arbel shares the story of her personal and musical travels.

When did music first make a big impression on you? What happened? How did jazz enter into your life?

I loved singing and dancing all my life. I started voice lessons at the age of 11 and always loved to perform. The big impression I had about music  is went to the music major in high school and had a class about the development of Afro-American music and jazz. I was introduced to early recordings of gospel, blues and other artists like Aretha Franklin, Ray Charles. In that moment I fell in love with that side/genre. I kept on studying, going deeper into jazz and discovered Ella Fitzgerald and Louis Armstrong which made me say, “Wow I love this and how do I get to scat like that?!?!?!”
Since then I am non-stop going deeper into jazz. Also, I was (and still am) very influenced by instrumental music, horn players like Sonny Rollins, Miles Davis, Chet Baker and nowadays listening a lot to piano players and more contemporary artists like Tigran Hamasyan, Robert Glasper, Gretchen Parlato.

Why did you decide to study music in Dublin?

In 2013, after finishing my studies at Rimon School of Music in Israel, I got a scholarship and an opportunity to continue studying jazz performance at Newpark Music Center in Dublin. It was the perfect time because I wanted to get out of Israel and to experience a different culture and learn from other musicians around the world.

How would you describe the direction you’ve taken as a jazz vocalist?
I think I took a very fresh direction as a jazz vocalist. I always wanted to be a part of the instrumentalists and to be accepted like an instrumentalist and not like another “ordinary” vocalist. I hung out with many different types of musicians, listening and studying modern jazz and world music. Therefore, I have many influences which is reflected on my scat and compositions. I am very influenced by Kurt Elling, Al Jarreau, Gretchen Parlato, Tigran Hamasyan, Thelonious Monk, Avishai Cohen (bass) and others. I try to always be true to myself and go with what I feel at the moment which makes my songs non-conventional structured.
What’s drawn you to New York City? What has your life there been like, musically and otherwise?
After growing up in Israel, which is very small, and living in Dublin, which also has a small jazz community, I felt like I still wanted to explore more in the world, challenge myself, meet great musicians and take part in many music styles, working with different musicians and people and so, I moved to NYC. It’s been an interesting roller coaster!

Being far away from home in a non-stop city, you get to discover your high and low points all the time. If it’s struggling with your rent while playing with amazing musicians, meeting with so many different types of people (for good and not so good), not getting much sleep because there’s so many things to see… You see so many different things, you want to take part in all of them. But within all of that, you’ve still got to be true to yourself and find the balance between everything, which is also a great challenge.

You have a debut CD out. How do you describe the material on it? What was your goal in making the CD?

Yes, my CD Broken Lines just got released in June. I would put a very big title on it as contemporary jazz, which is influenced with world music, groovy and non-conventional. My goal in making the CD was to get all the music I had written until now in one place. When people listen to it they go through a journey — a Sivan Arbel journey. The record is another way for me to spread the love and music to the world.

What brings you to Ottawa?

I was invited to play at the jazz composers series in Montreal in the beginning of July and was also accepted to Banff Jazz Workshop in August. I have some family in Ottawa so I thought to spend some time here in between, which led me to book some gigs here and in Calgary, at Ironwood Bar and Grill, July 31. This became a really cool tour and I am really excited to discover Canada for the first time this summer!

How did you line up Ottawa musicians to play with? What preparation will you have of the show at the Rainbow?
I got to this really cool local band in Ottawa through common friends who connected me to them. We got together when I arrived to Ottawa, rehearsed (after I sent them the music in advance) and it has been really fun to play with them and to get to know the musician community in Ottawa and Canada.
Sivan Arbel plays Tuesday, July 19 at 9 p.m. at the Rainbow Bistro (76 Murray St.). Joining her will be pianist Roland Racz, trumpeter Ed Lister, guitarist Alex Moxon, bassist Alex Bilodeau and drummer Mike Essoudry.