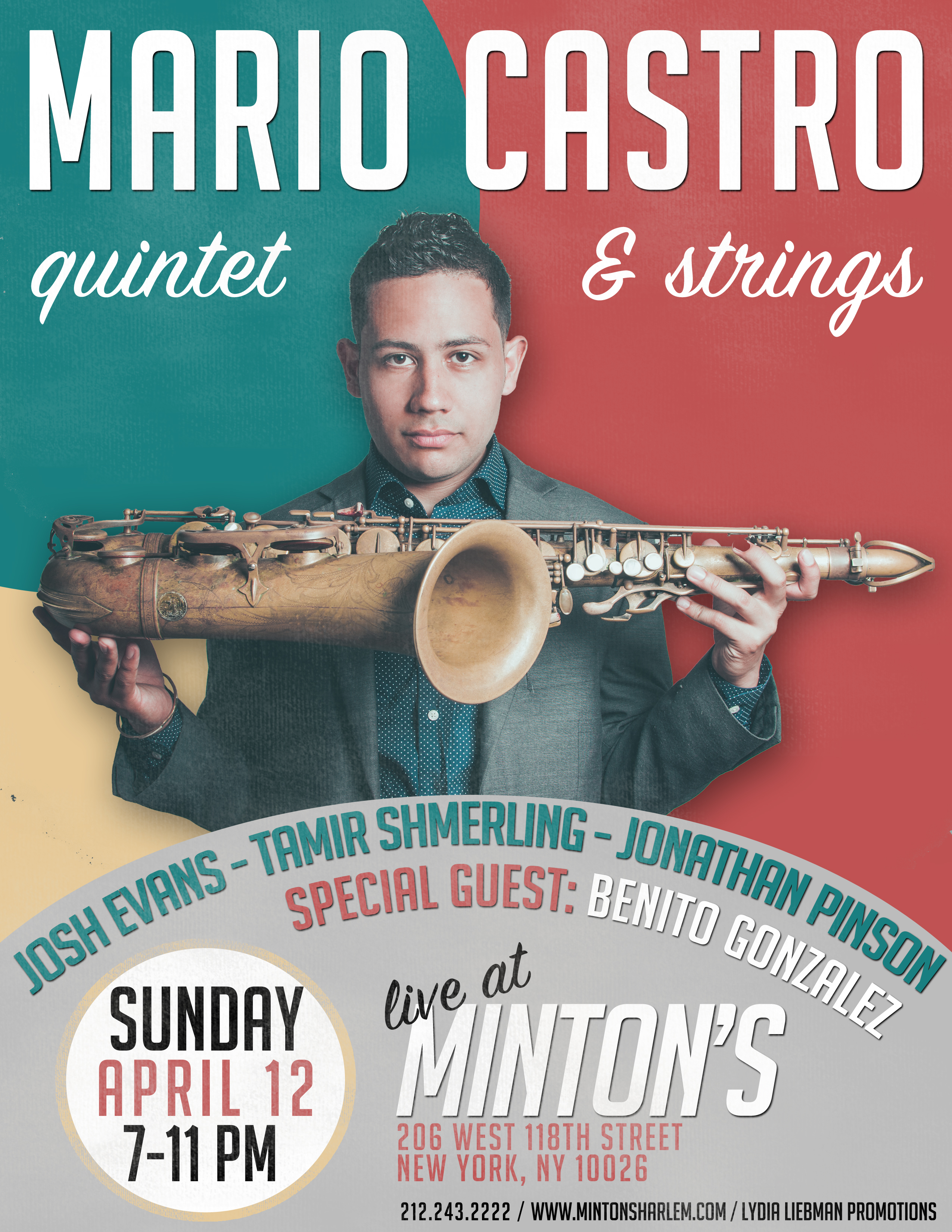 “Producing your recording as a leader is quite a challenge on several fronts – mostly since this will be what people remember about you (at least for a while). On this recording Mario shows all sides of his talents… arranging and composing, along with his actual playing: a gorgeous sound on the tenor, and most of all, leadership and passion. The music is infectious with all band members contributing to a repertoire that touches on several different stylistic trends of modern jazz. But for me, most of all, this is a real jazz recording – no tricks, no games – pure beauty, energy, and honesty. It doesn’t get much better. My compliments!”

The Mario Castro Quintet is one of the brightest up-and-coming jazz groups today. Castro, a 2011 graduate of Berklee College of Music and leader of the group, has studied extensively with some of the most esteemed figures in jazz including George Garzone, Terri Lyne Carrington, and Hal Crook, among others. He has played at the The Newport Jazz Festival, Toronto Jazz Festival, Montreal Jazz Festival, the Nancy Jazz Festival and many more. Chucho Valdez, Giovanni Hidalgo, Henry Cole and the Puerto Rico Philharmonic Orchestra are just some of the fantastic musicians Castro has played with.

Minton’s, originally known as Minton’s Playhouse, is one of jazz’s most storied rooms with its roots dating back to 1938. Considered the birthplace of bebop, Minton’s served as the cutting room for jazz’s legendary figures: Charlie Parker, Thelonious Monk, Dizzy Gillespie and Miles Davis, among others. Minton’s thrived for three decades before shutting its doors in the early 1970’s. After over 30 years, Minton’s was brought back to life in 2013 and has reclaimed its spot as one of Harlem’s true gems of jazz. The phenomenal live music is expertly paired with Executive Chef Alexander Small’s signature Afro-Asian-American dishes and unique cocktails.