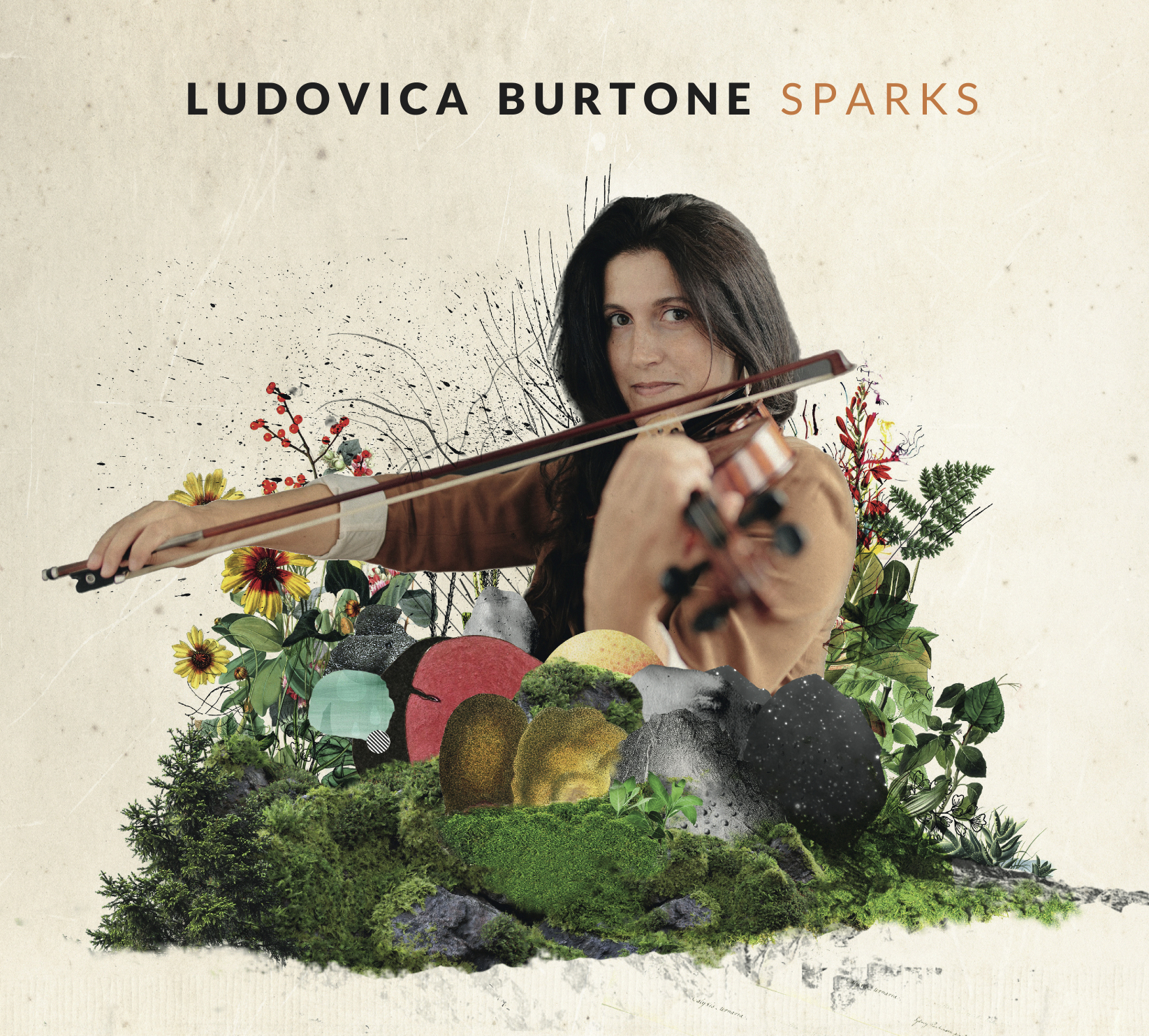 Composer, arranger, and violinist Ludovica Burtone presents debut album Sparks, an anecdotal recount of her journey from Italy to the United States, due out March 3, 2023 via Outside in Music

Ludovica Burtone is an Italian violinist with an incomparable wealth of musical experiences and a sound that transcends categorization. Her vast compositional oeuvre extends from classical quartets to Brazilian music and contemporary jazz. Burtone has performed in some of Europe’s top orchestras and alongside icons such as Jon Batiste and Dream Theater and in the world scene with musicians such as Arijit Singh and Camila Meza. Now, she is fusing her passion for the string quartet with her unique compositional voice on her debut album Sparks. Due out on March 3, 2023 via Outside in Music, Sparks is an autobiographical story of Burtone’s journey to the United States from Italy, documenting a prolific passage from playing classical music to jazz, world music and beyond.

Sparks was born long before Burtone set pen to paper to begin composing. She grew up in the small city of Udine (or, “large town”, as she jokes) in northeast Italy, but had dreams of exploring her passion for music elsewhere. Armed with her violin and an appetite for discovery, Burtone began with what she knew: the orchestra. From playing in her regional symphony and then earning a postgraduate degree in Barcelona, she was led back to her hometown to pursue her masters, of all places, where the local conservatory had recently opened up a jazz program. Enraptured by this new form of expression, Burtone received a scholarship to pursue jazz and creative music at the Banff Centre, and while on that side of the Atlantic, started to spend time in New York City. There, she would blaze a trail in territories both physically and musically uncharted. Burtone moved to the United States soon after, earning a diploma in jazz composition at Berklee College of Music in two years. The spark that Burtone fanned into flame has since directed her to some of the most lauded venues in America including Carnegie Hall, Lincoln Center, the Boston Opera House, Radio City Music Hall, the Jazz Standard, among others.

Now with her studio debut, Burtone presents an artistic document loaded with personal meaning. Its title is sourced from Friulian, a Romance language native to the Friuli region of northeastern Italy from which Burtone hails. In her mother’s small hometown of Buttrio, Burtone’s entire maternal family is referred to as falisčhis: the sparks of a fire. While paying homage to her family on Sparks, Burtone also references a chapter from her early musical life. For the first group she led on the New York scene, Burtone also named her band “Sparks” to celebrate a different kind of family in her new home.

The record holds close to the idea that in a string quartet, all parts are of equivalent importance. Burtone presents not just herself as the lead, but the full, equally-weighted quartet as a single entity.

“I wanted my music to have the string quartet as the protagonist: the main voice and the soloist,” she shares. In her own words, the musical aesthetic can be best summarized as “chamber jazz,” an amalgam that pairs the sounds of different sonic worlds with the intimate poise of the classical quartet. These remarkable compositional faculties come to the fore on the album opener “Blazing Sun.” Classical, jazz, folk, world and Brazilian music blend intricately while an auditory equilibrium is omnipresent.

Another album highlight includes “Sinha”, the sole arrangement on Sparks. Originally composed by Joao Bosco and Chico Buarque, the tune was first arranged by Burtone for her string quartet project “O Kwarteto Collective,” co-founded with violinist Delaney Stöckli and dedicated to the musical traditions of Brazil. “Sinha” features percussionist Rogerio Boccato and guitarist Leandro Pellegrino. Burtone’s arrangement utilizes mixed meter and percussive string elements while careful orchestration balances both written and improvisatory elements. The arrangement is sourced from a dark narrative, telling the tale of a slave unjustly accused of staring at his master’s daughter. Burtone included this track to bring awareness to an unspoken reality. “This is a musical commentary on the atrocities of a reality that is not yet over. Slavery is still a fact around the world.”

A few guest artists and friends join Burtone for her daring enterprise, including acclaimed Chilean saxophonist Melissa Aldana. Aldana extends Burtone’s quartet on the anchoring middle point “Awakening” with flawless contributions on tenor complementing each soloist and ensemble member. Aldana steps into the protagonist role as the only soloist on the tune. The most seemingly “standard” of the bunch, “Awakening” resembles a more typical jazz structure: intro, solo and headout.

Embracing themes of disconnection and loneliness, track “Incontri” translates to ‘encounters’ and directly refers to Burtone’s first arrival in Boston. The melody begins with a violin cadenza over the bass, introducing a theme of solitude before giving way to a tango-inspired rhythm. More instruments enter and dance around Burtone’s violin, creating a series of encounters that correlate to her experience finding community in Boston. Special guest drummer Roberto Giaquinto also joins the tune all the way from Italy, assisting Burtone in her recreation of these sentimental encounters that have inspired her charged compositions.

Burtone’s work is both visionary and deeply approachable. Telling stories rooted in humanity and using an arsenal of music pulled from a multiplicity of global sources, she paints a narrative that is paradoxically personal yet universal, complex and simple. With Sparks, Burtone has introduced something that ventures far beyond the flare its title suggests: an imprint of ingenuity and brilliance that will be burning for many years to come.