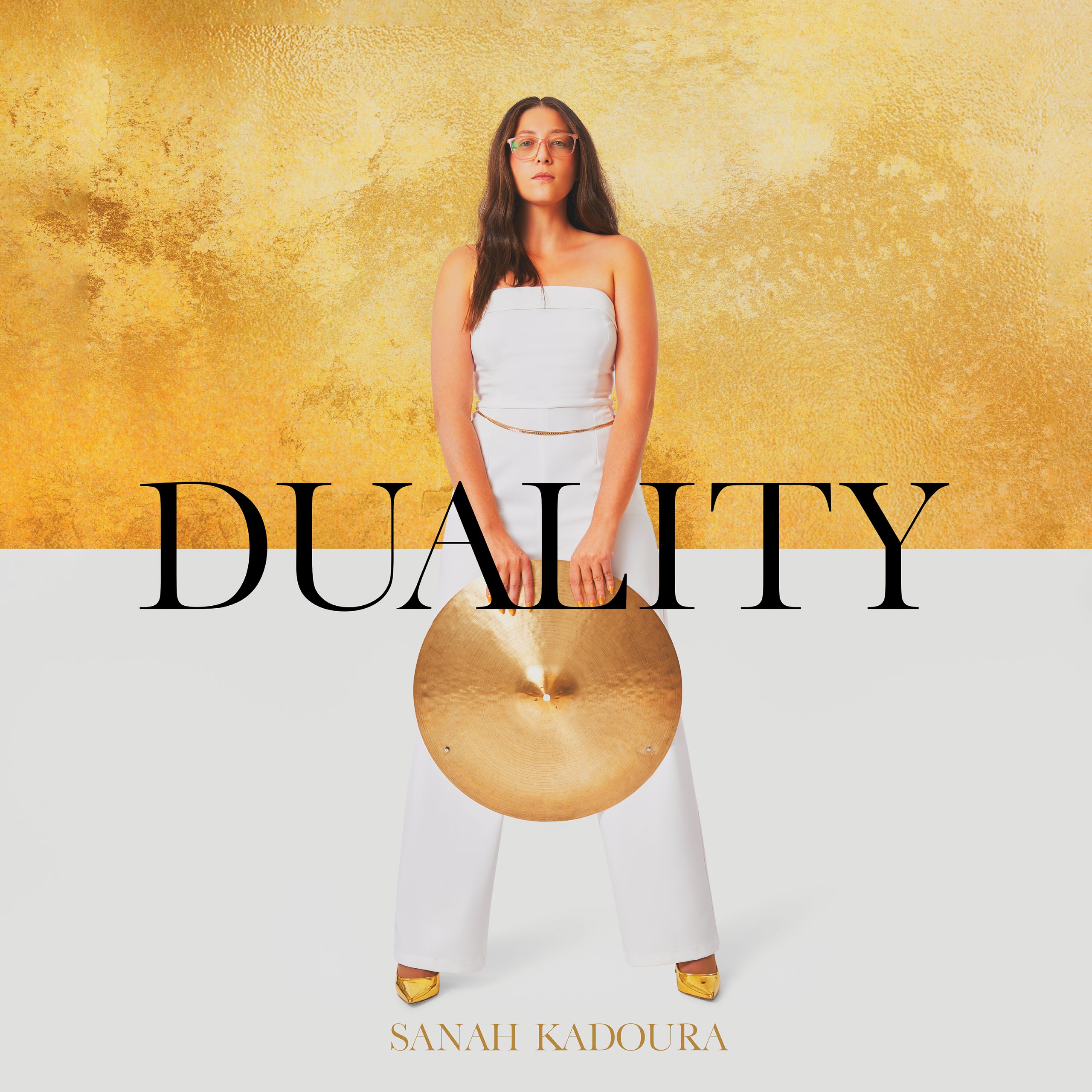 Lebanese-Canadian drummer, composer, educator and producer Sanah Kadoura is thrilled to announce the March 3, 2023 release of her dynamic sophomore album Duality. A follow-up to 2018’s critically-acclaimed Hawk Eyes, Duality focuses thematically on the balance between light and dark. Musically, the album traverses the modern jazz idiom with hints of neo-soul and a strong musical influence from Kadoura’s motherland of Lebanon. Sanah is in prime company on this innovative release, joined by a diverse ensemble featuring top musicians from New York City and Canada. Kadoura’s impressive band includes Stacy Dillard on soprano saxophone, Rachel Therrien on trumpet and flugelhorn, Virginia MacDonald on clarinet, Joanna Majoko on vocals, Michael King on piano, Jonathan Michel on bass, Parham Haghighi on vocals, and Flavio Silva on guitar.

After living in New York City for a decade, Sanah Kadoura has quickly risen to prominence as a first-call drummer and an inventive composer. Kadoura has a special approach to her playing, a rare musicality that infuses melody and nuance into each rhythmic refrain. Whereas Hawk Eyes intrigued and excited audiences about Kadoura’s singular sound, Duality cements the artist’s position as one of the forefront creative composers on the modern jazz scene, telling a story of hope and resilience. “As we all navigate through our own internal balance, this album is an offering of healing, guidance and love,” she shares. “We all have our own battles, and I think it’s easier for us as humans to connect with each other through darkness, and find the light together.”

The opening composition “The Gemini’s” strikes an ominous chord to start the album, conjuring a feeling of darkness. The horns and vocals build mountains of hope, creating a landscape of soaring melodies over each other. An intensity that peaks with powerful vocal lines above the interwoven melodies. “The Seer, The Soarer” clearly shows the balance between the light and dark and the intertwining of the two, melding two very different grooves into one cohesive piece. “The Seer, starting and ending the composition, feels like the on-looker, the observer. While the heavy J-Dilla groove in the middle depicts the freedom, sheer power and lightness of the Soarer,” Kadoura notes.

The title track “Duality”, places the listener in a mystical land. A beautiful and unique melody is soulfully executed by vocalists Parham Haghighi and Joanna Majoko. Soprano saxophonist Stacy Dillard and clarinetist Virginia MacDonald share the first solo in what would be the ultimate Duality. Pianist Michael King offers a wonderful solo before ushering back in the vocal melody. Slowly, Rachel Therrien joins on flugelhorn and Jonathan Michel on bass next, building into a powerful melodic section. “Duality” is a true ensemble piece.

“When It’s Time”, brings a wistful element to the album. This folk-infused waltz features tremendous improvisation from the ensemble and offers listeners a true moment of compassion. “This composition somehow feels sad and hopeful at the same time,” notes the composer.

“Zaytoon” is dedicated to Sanah’s mother, and is a love letter to her Lebanese background. One can hear the intricate driving rhythms of the region and the implications of micro-tonal melodic movement. The piece features a wonderful vocal performance from Haghighi.

“Rise” featuring vocalist Joanna Majoko is the perfect send-off to this vibrant release. Kadoura notes “Being the only track with words, the message is an uplifting swell for anyone who has come up against the dark.” Majoko provides a warm, soulful vocal performance over a tight neo-soul-tinged groove expertly laid down by the stellar rhythm section. The piece strikes a hopeful, joyous note, drawing listeners from the dark to the light, and is a fitting closer for this powerful project.