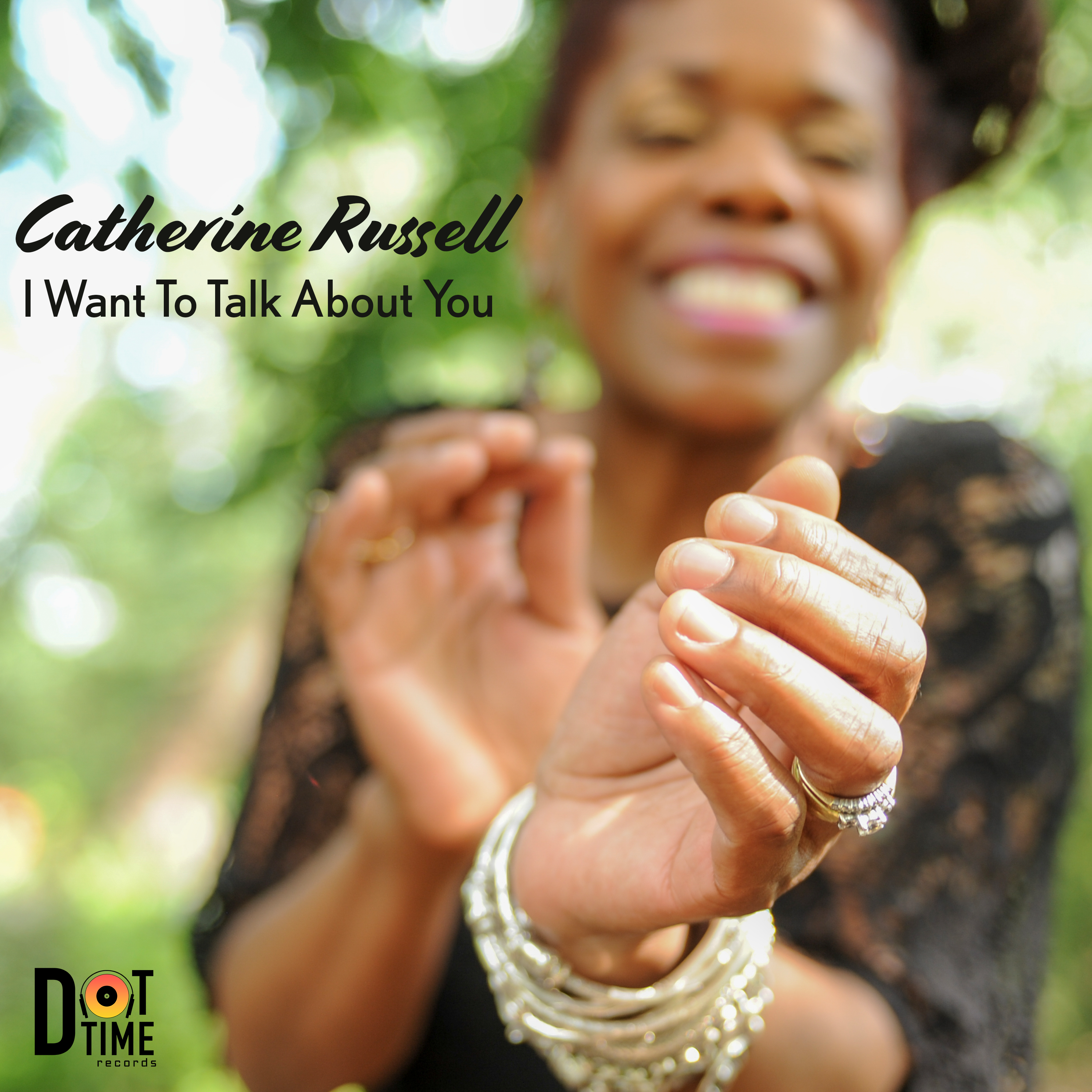 “Few singers alive can express the nuances of blues feeling and swing phrasing that course through American songs as correctly and gracefully as can Ms. Russell, or with as much expressive range.” – Larry Blumenfeld, The Wall Street Journal

“Russell swings as easily as an eagle gliding effortlessly in a crystal blue sky. This is a luscious album, clear and distinct in its delivery, upbeat in tone…” – Amos Perrine, No Depression

Soulful, swinging and twice GRAMMY®-nominated vocalist Catherine Russell has remained a steadfast and dutiful messenger of jazz history. Time after time, Russell proves her loyalty to the notion that sensation and music are interchangeable terms. This belief seeps through each of Russell’s arrangements and sits at the heart of her upcoming single, “I Want To Talk About You”, out February 10 via Dot Time Records.

Russell’s new single release, in celebration of Valentine’s Day and Black History Month, will benefit The Jazz Foundation of America. Russell borrows “I Want To Talk About You” from famed jazz vocalist and orchestra leader Billy Eckstine. After composing and writing the lyrics in 1944, Eckstine recorded this original alongside his 17-piece orchestra, which included such luminaries as Dizzy Gillespie, Art Blakey and Dexter Gordon. Arranged by Tadd Dameron, it was released as a single in 1945.

The melody and harmonic changes of “I Want To Talk About You” held great appeal as a bed for improvisation, for instrumentalists and vocalists alike. John Coltrane recorded and performed the tune, which was also covered by Nancy Wilson, Ray Charles and Ella Fitzgerald. A love ballad with such a pedigree held great appeal for Russell, who’s sensual reading of “I Want To Talk About You,” joins the ranks of notable interpretations by jazz greats.

Russell’s upcoming single release follows a hallmark year. Swiftly after its release last April, Russell’s Send For Me became a smash. Amassing international praise across outlets such as The Wall Street Journal, Downbeat Magazine, The Absolute Sound, No Depression, WBGO, London Jazz News, and more, the 13-tracks that comprise Send For Me boast distinct arrangements of tunes from the swing and bebop eras.

Following the release of “I Want To Talk About You”, Russell will begin her tour with GRAMMY®-winning guitarist John Pizzarelli—a salute to Billie Holiday and Frank Sinatra—on February 11 in Greensboro, North Carolina, with The Greensboro Symphony.  Russell and her band, including guitarist/musical director Matt Munisteri, pianist Sean Mason, bassist Tal Ronen, and drummer Mark McLean, continue with a 5-night Valentine’s Week celebration at Birdland Jazz Club in New York from February 14 through February 18. The tour schedule and date-specific information can be found below.

MORE ABOUT CATHERINE RUSSELL AND SEND FOR ME:
Russell’s professional life began at age 7, when she first took the stage as a dancer with Katherine Dunham’s company for four seasons at The Metropolitan Opera’s production of Aida. After graduating with honors from the American Academy of Dramatic Arts, she was fortunate to work with David Bowie, Steely Dan, Cyndi Lauper, Paul Simon, Jackson Browne, Michael Feinstein, Levon Helm, Wynton Marsalis, Dr. John, Rosanne Cash, Toshi Reagon, and Carrie Smith, among others. Russell performed extensively as a backup singer, multi-instrumentalist, and lead singer, before launching her solo recording career in 2006. She amassed decades of experience touring and recording with cutting edge songwriters and iconic artists, appearing on over 200 albums.

Russell’s versatility shines through on an array of recently released new recordings. She added harmony vocals on albums by Sarah Jarosz (a GRAMMY® Award winner for Best Americana Album in 2021), Brett Eldredge, and Little Feat, while also contributing a song on renowned banjo player Tony Trischka’s new album Shall We Hope. In addition, she appeared as a guest lead vocalist on albums by Andy Farber and His Orchestra (Early Blue Evening), reedman Evan Arntzen (Countermelody), and on Steven Bernstein’s MTO featuring Catherine Russell, Good Time Music, the second album in the four-part Community Music series by trumpet player and arranger, Steven Bernstein. Russell continues to tour as a member of Steely Dan, as recently as in the summer of 2022, and she sings on two “live” 2021 releases;  Northeast Corridor Live! and a live version of the acclaimed album by Donald Fagen, The Nightfly Live.

Sixteen years into her solo career, Catherine Russell is on the move. Her band has performed at major festivals on four continents, while also selling out concert halls from SFJazz Miner Auditorium in San Francisco, to Zankel Carnegie Hall in New York City, to Tchaikovsky Hall in Moscow.