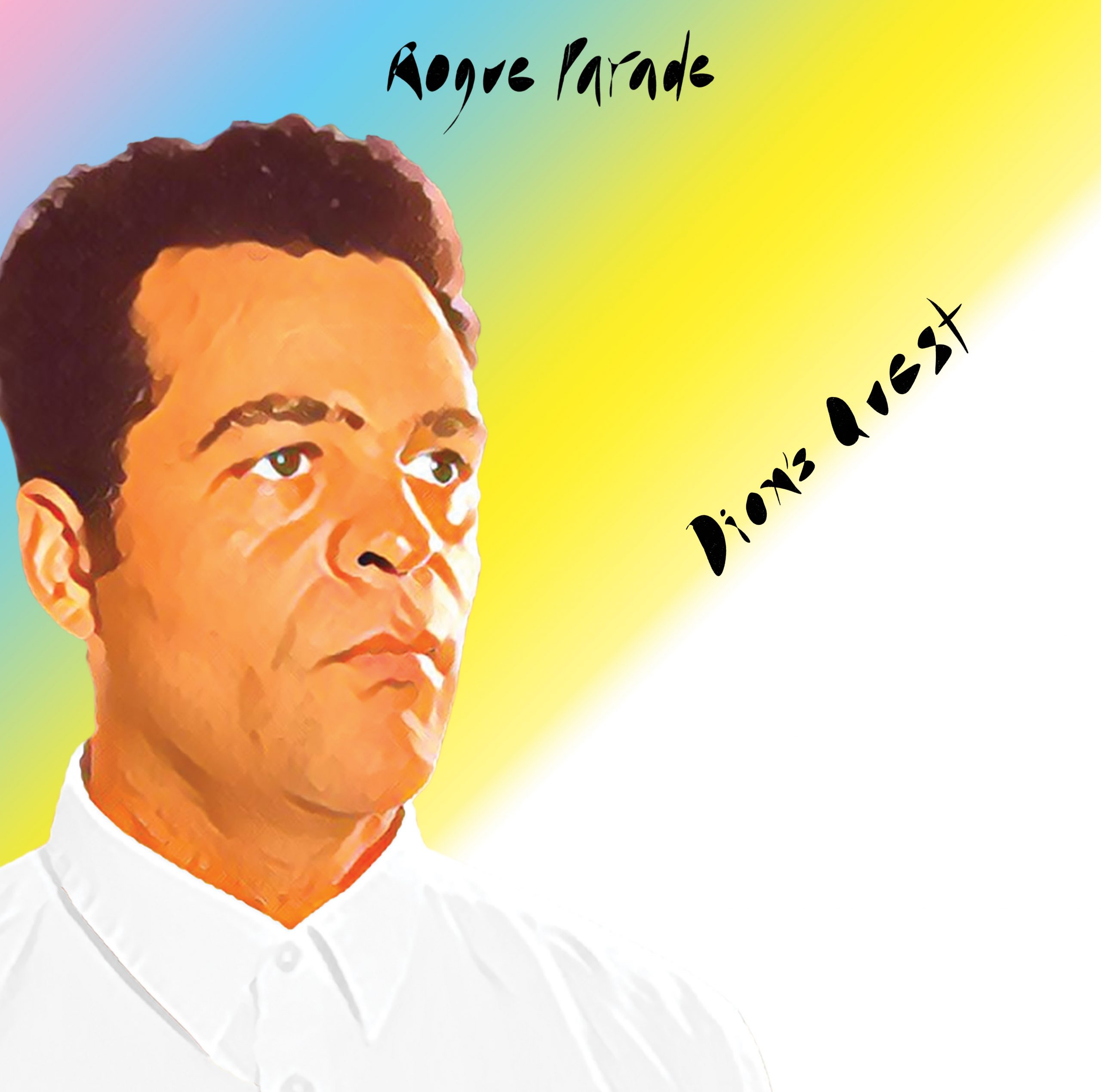 To Be Released February 10, 2023 as the inaugural release from Ward’s own Sugah Hoof Records

Saxophonist and composer Greg Ward is thrilled to announce the February 10, 2023 release of Dion’s Quest, the eagerly-awaited sophomore release from his sensational five-piece ensemble Rogue Parade. A follow-up to 2019’s critically-acclaimed Stomping Off From Greenwood (Greenleaf), Dion’s Quest strikes an even more personal note with composer Ward, chronicling his own journey through life personally and artistically. Marking the inaugural release from Ward’s own Sugah Hoof Records, this release once again features Ward alongside the stellar rhythm section of bassist Matt Ulery and drummer Quin Kirchner, further amplified by the incomparable sound of guitarists Matt Gold and Dave Miller.

January 2019 saw the release of Ward’s Stomping Off From Greenwood, introducing audiences to his dynamo outfit Rogue Parade. Fresh off of his tenure as a sideman with such notable artists as Prefuse 73 and Lupe Fiasco, Ward’s new release was surely expected to receive attention – however, nothing could’ve prepared Ward for the wide-sweeping support received from the media and fans alike. Garnering glowing reviews from such prestigious outlets as The New York Times, The Wall Street Journal, and NPR, Stomping Off From Greenwood broadened Ward’s listener-base and galvanized his stature as one of the forefront compositional minds within the modern jazz idiom. Dion’s Quest picks up where Stomping Off From Greenwood left off.

If Stomping Off From Greenwood is a love letter to Ward’s Chicago roots, Dion’s Quest tells the story of Ward’s building a career that has taken him all around the world, all while still calling Chicago home. Ward indicates: “Dion’s Quest is about my journey through this life as a person and artist. This adventure is full of peaks and valleys and I remain determined and excited to push through all of the challenges that come my way in search of my voice.” This powerful document of Ward’s ongoing journey makes statements about the Covid-19 pandemic, the murder of George Floyd and the 2020 election cycle. The music on Dion’s Quest showcases the band’s collective sound – a unique sound that they have developed over the past seven years – a sound that is raw, eclectic and full of passion. “I couldn’t create any of this music without each of these specific musicians. I trust them to bring my ideas to life! Everyone contributes something that I couldn’t imagine on my own.”

The album begins with “Crimson Clay”, a piece inspired by Ward’s trips to South Africa. Ward reflects that “the people I met and spent time with were so joyful, kind and full of love. I remember feeling so different when I returned to the U.S, like I had taken some of that with me.” Evidenced immediately upon the first downbeat is the stellar interplay between each arm of the 5-limbed beast that is Rogue Parade, and notably, guitarists Matt Gold and Dave Miller soar to new heights in creating dual-guitar textures on which Ward can soar melodically.

The album continues with “Dashing Towards First Light”, a track that features a hope-inspiring melody played by Ward and doubled by guitarist Matt Gold. The piece features stellar solos by Ward and guitarist Dave Miller. Ward notes “this was a commission that I received from the Jazz Coalition. I was very grateful to receive this during the COVID-19 pandemic. I thought about how little glimmers of hope kept me moving forward during that time.” “Blues of the Earth” is a response to modern times, including the pandemic, the murder of George Floyd, riots, and the 2020 election cycle.

“Porthole Dreams” is a piece that speaks about the social isolation of the pandemic, Ward notes “I remember looking out of my back door through a little window and watching people line up, every day, at the grocery store. The line would stretch down the block. Also, this represents how I watched life go by through my electronics as we all tried to navigate these uncertain times.” The album concludes with “Ocean of Faith”. Ward mentions “I consider myself a very optimistic person and always tell myself that, no matter how bad or uncertain things seem to get, everything will work out. Keep moving forward! Keep fighting! It’s all worth it.” This final piece imbues this soulful message of hope from Ward. This rubato piece is driven by human connection – the ensemble’s understanding of each player’s melodic inclination and internal pulse. A repeated melody is stated here, building throughout like a mantra.

Ward remarks, “I feel very fortunate to have known these wonderful people for such a long time and you can feel that in the music. We trust each other. We push each other. We have a group sound, which is the most important thing for me. I feel that you can hear everyone reaching on this recording, and I hope that the listeners feel that.”