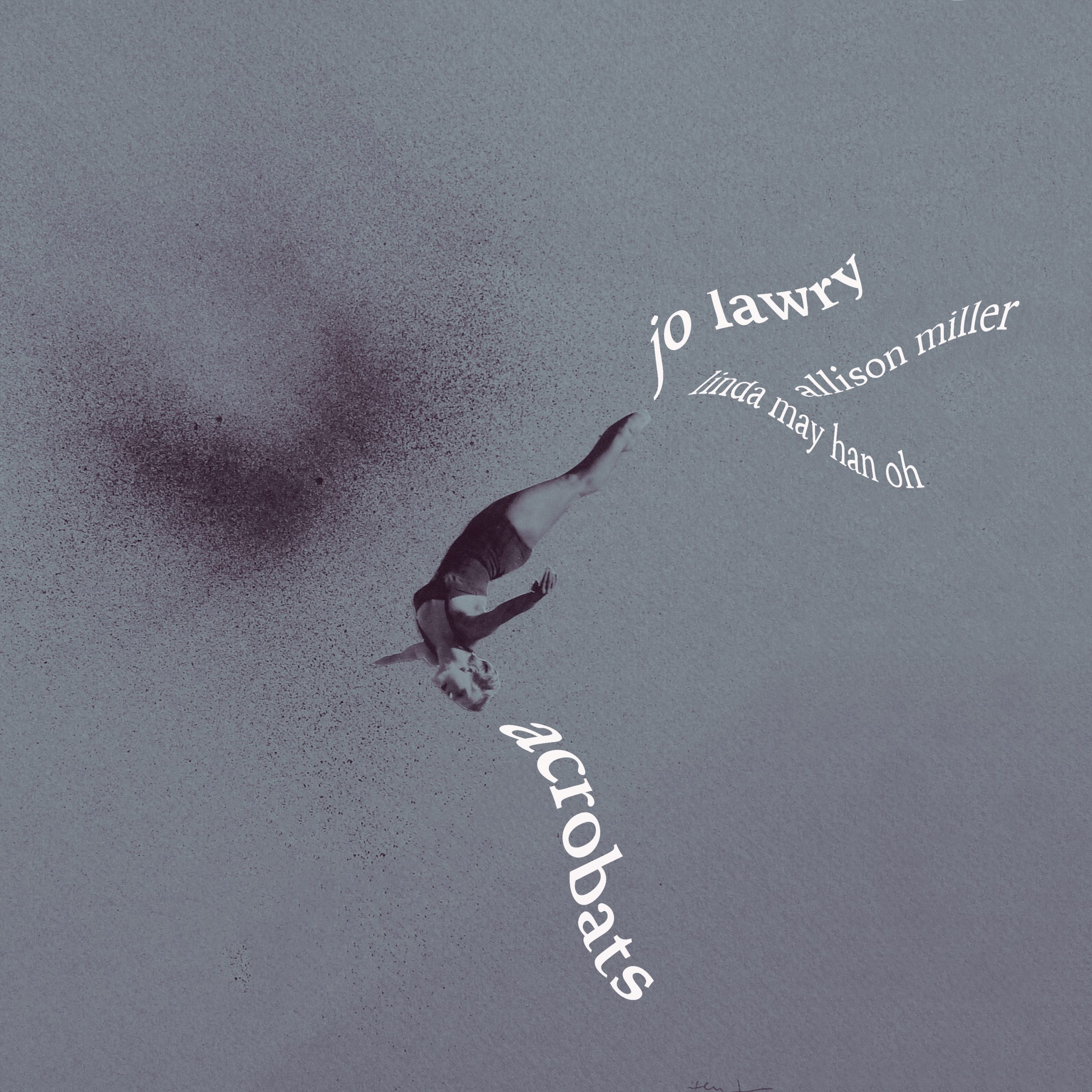 Australian vocalist Jo Lawry has forged an impressive solo career with a global fan base, while earning deep respect as a ‘musician’s singer’ within and beyond jazz circles. She’s also spent nearly a decade performing and recording with Sting and has worked with Paul Simon and Peter Gabriel. The two albums she released as a singer/songwriter/producer, ‘Taking Pictures’ (2015) and ‘The Bathtub and the Sea’ (2017) garnered critical acclaim. Now, more than 10 years since her last solo jazz album, Lawry presents Acrobats, unequivocally returning to the genre alongside globally in-demand bassist Linda May Han Oh and versatile drummer Allison Miller.

Acrobats is a playful album embodying both the freedom and exquisite complexity of jazz. The genesis for the project came about by Lawry setting herself a challenge: “I thought, what is the hardest thing I could do? And the answer was a trio album: voice, bass and drums, where I’m trying to function like a horn player and we’re providing the whole landscape without the benefit of chords.”

The Frank Loesser composition “Travelling Light” opens the album with Lawry immediately in command, while the exceptional drum and bass team of Oh and Miller seamlessly provide the strong anchor, priming the listener’s ear for this absorbing trio format. The title track “Acrobats” encapsulates the idea of the agility we want to play with and the trust we need to catch and support each other,” Lawry explains. She reworks the standard “Taking a Chance on Love”, weaving in some Coltrane-esque harmony, while Cole Porter’s “You’re The Top” begins with some standout brushwork from Miller. “‘Deed I Do” neatly demonstrates the spirit of the whole record with its sense of risky playfulness. “You’re The Voice” is a John Farnham hit “woven deeply into our DNA as Australians” says Lawry, “it’s part of the soundtrack to my childhood.” “Takes Two to Tango” is a duet with Oh, in which the bassist delivers a captivating performance. “317 East 32nd Street” is a Lennie Tristano tune that Lawry explores wordlessly before Frank Loesser’s “My Time of Day” and “I’ve Never Been in Love Before” bring the record to a close. “‘I’ve Never Been in Love Before’” is a well-known jazz standard,” says Lawry, “but what I have always absolutely adored is the vignette, “My Time of Day” that precedes it in “Guys and Dolls”. It’s a song that has been in my head for 30 years as one of the most extraordinary melodies I’ve ever heard.”

Lawry reflects, “This is the most playful and adventurous that I’ve been in the studio, and that’s down to the alchemy of this particular combination of people.” The innate interconnectivity and trust between the members of this trio is palpable, much like a troupe of acrobats, and, as Lawry says, “you need to have people that you know are going to catch you.”

Collaboration and agility are at the core of this bold new record from three highly esteemed musicians, led by the visionary Lawry who presents this unconventional and inspired addition to the vocal jazz canon.